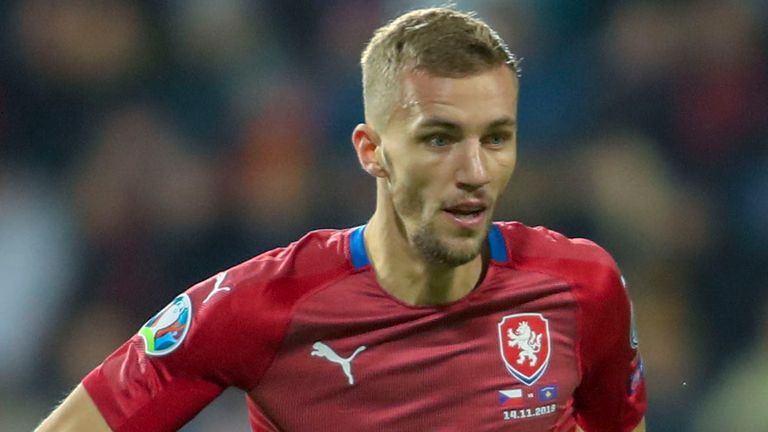 David Moyes says Tomas Soucek will offer West Ham versatility as the midfielder undergoes a medical with the club.

Slavia Prague midfielder Tomas Soucek is in London for a medical and further contract negotiations with West Ham.

He has 12 goals in 26 appearances this season, two of which came in the Champions League against Inter Milan and Borussia Dortmund.

Soucek won the Czech league and cup double with Slavia Prague last season which ensured him a new five-year contract at the club last summer.

He featured in the Czech Republic team that beat England 2-1 in Prague in a European Qualifier clash in October.

West Ham boss David Moyes said: "I think that he gives us a lot of different aspects, but more importantly he fits the profile of the player I want to bring to West Ham.

"We needed cover for some players, we needed to add another midfield player. We obviously have to add goals. So at the moment he ticks an awful lot of the boxes we were looking to get."