Javi Gracia said he had no regrets after resting seven players for Watford's 3-1 defeat at Manchester City.

Gracia made wholesale changes from the side which beat Leicester City a week ago, ahead of their FA Cup quarter-final with Crystal Palace at Vicarage Road next Saturday.

His side held out for the first half at the Etihad but their resistance was finally broken when Raheem Sterling scored a controversial opener within 40 seconds of the restart.

"The decisions I make are focused on the next game," Gracia said. "Before the game I thought we needed fresh legs to compete today and to run a lot. 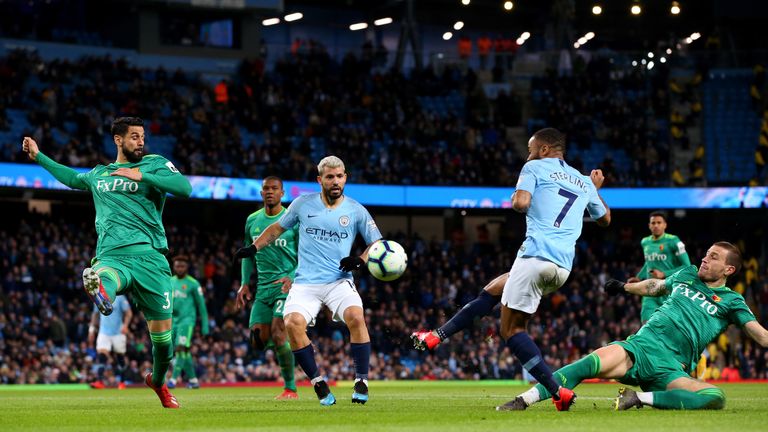 "In this moment, we have 26 players available and all of them deserve to play. As you can see, they have competed well. It is good for us to compete today.

"There are eight games left and the FA Cup. This is the best news for us, to have 26 players ready to compete and all of them trying to help the team.

"If I have to take the decision again, I would do it the same way."