Snodgrass finalises move to West Brom with the club 19th in the Premier League table; The former Scotland international's contract at West Ham was due to expire at the end of the season; Sam Allardyce: "He'll add Premier League experience and Premier League quality to our side"

West Brom have completed the signing of Robert Snodgrass from West Ham for an undisclosed fee.

The 33-year-old moves to The Hawthorns on an 18-month contract, where he becomes Sam Allardyce's first signing of his spell in charge.

Allardyce said: "I'm absolutely delighted that he has chosen to take up the challenge with us.

"He's left-footed. We all look for balance. When you get the right balance in the team with left-footed players, they can really produce for you down that left side.

"He tells me he's played holding midfield, left of a three, wide left and right, so he's pretty versatile across midfield.

"I've heard from many, many people that he is exceptional in the dressing room which is a great bonus on top of his abilities." 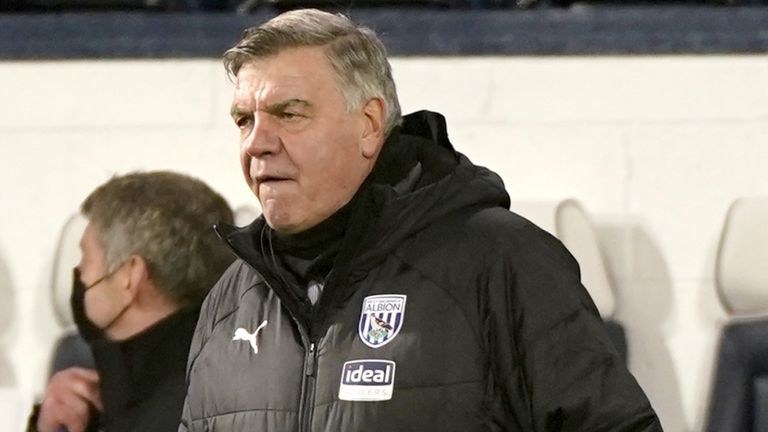 Snodgrass' contract at West Ham was due to expire at the end of this season.

Sky Sports News understands there was interest from other Premier League clubs in Snodgrass, who made six appearances under David Moyes this season and was deemed surplus to requirements at the London Stadium.

Snodgrass joined the Hammers from Hull City in 2017 and scored 11 times in 85 appearances for the club in all competitions.

Meanwhile, Allardyce is keen to be reunited with Cenk Tosun this month, but is prioritising signing a centre-back and is exploring the loan market as he bids to keep West Brom in the Premier League.

Jonathan Bond is set to sign for LA Galaxy on a permanent deal from West Brom.

The 27-year-old has agreed terms on a two-year-deal with the MLS side, after completing a medical in the West Midlands.

Bond, who is out of contract with Albion in the summer, has a US passport.

He made only seven first-team appearances for the Baggies since signing from Reading in 2018.

On Thursday, Albion signed Andy Lonergan to provide cover for Sam Johnstone and David Button, paving the way for Bond to leave.

Bond came through the youth system at Watford and made his home league debut in 2013, he enjoyed loan spells at Brackley Town, Forest Green Rovers, Dagenham and Redbridge and Bury before moving to Reading in 2015, and then on to West Brom on a free transfer in the 2018 summer transfer window.