Sam Allardyce is set for talks over his future as West Brom boss on Wednesday, with a break clause available in his contract following relegation; ex-Sheffield United boss Chris Wilder is on the shortlist to replace him if that clause is taken

Chris Wilder is on a shortlist of managers to take over at West Brom, should Sam Allardyce ultimately leave The Hawthorns this summer.

Allardyce is set for crunch talks over his future on Wednesday after it was confirmed on Sunday that Albion will be relegated back to the Championship along with Wilder's former club Sheffield United.

Wilder has been linked with a number of jobs since leaving Bramall Lane in March after five years in charge, having taken the Blades from League One to ninth place in the Premier League.

To date, no talks have taken place between Wilder and Albion - but that is expected to change if Allardyce's five-month tenure comes to an end when he meets with the board later this week. 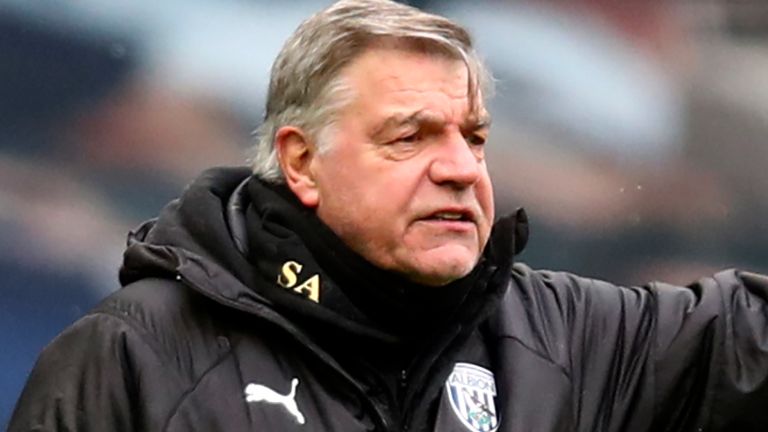 West Brom boss Sam Allardyce says he can't fault his players' efforts, despite having their relegation confirmed with a 3-1 defeat to Arsenal

His 18-month contract includes a break clause that either the manager or club can activate at the end of the season upon relegation, which was sealed with defeat at Arsenal on Sunday.

Allardyce's future up in the air

It is thought Allardyce is torn about whether he wants to commit to another season in the Championship at the age of 66.

Albion are open-minded about whether he should stay on. They have been impressed by his organisation and the team's improved performances, but need to be convinced he is fully motivated for the challenges ahead.

Allardyce took over as West Brom head coach in December last year, replacing Slaven Bilic, who had guided the club back to the Premier League from the Championship.

He has overseen some impressive results, including draws with Manchester United and Liverpool, as well as a 5-2 win over Champions League finalists Chelsea at Stamford Bridge. 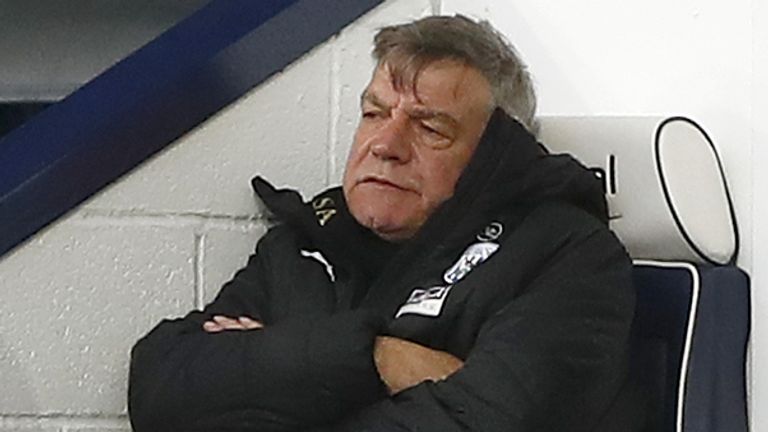 Robert Earnshaw analyses the problems at West Brom, after Allardyce's side were relegated following defeat to Arsenal

However, West Brom are without a win in the Premier League since April 12 and relegation back to England's second tier was confirmed at the weekend with a 3-1 defeat at the Emirates.

Speaking at his post-match press conference, Allardyce said: "I am not going to answer a question on whether I am staying or going - it will just be a waste of time because I won't be saying whether I am going or staying.

"It's too early to consider or talk about. It's about the disappointment. Tonight it's about having a day or two off and getting ready for Liverpool.

"The most important thing for me and the players is to give everything we have got to try and finish the season with pride in your own performance and your own professionalism.

"The big challenge for us is can we lift ourselves, like we have done throughout the season."