Sean Dyche's admission of an ongoing craving from his local watering hole makes for a simple enough starting point.

"If someone can find a way of changing the rules of the country, get me a pint and a big packet of crisps in a pub, then I'll have to try and hang on to Popey as best I can," the Burnley boss joked when asked what fee would be required to part with Nick Pope last month.

Pickled Onion Monster Munch, it turns out, is Dyche's flavour of choice. "Or anything steak-minded or beef. That would do."

But for midfielder Josh Brownhill, there is a strict dietary requirement that comes with the sacrifices made in reaching the country's pinnacle of the game. 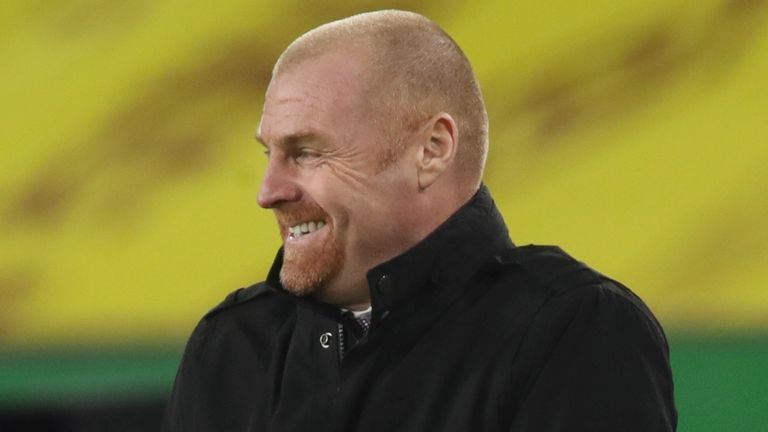 Burnley manager Sean Dyche gives an unusual response when he's asked in a news conference how much it would cost Tottenham to buy his goalkeeper Nick Pope.

"There's a sweet chilli chicken flavour at the minute I keep eating," he reveals to Sky Sports. "… But without any milk or non-vegan products."

Brownhill turned to a plant-based diet a year-and-a-half ago, and the player believes he is reaping the rewards, ranking 33rd out of 508 players in Premier League for distance covered this season - 255km, the equivalent of six marathons.

"I was told about the health benefits," he continues. "I thought I'd give it a try as a lot of people have done. It was never easy, especially for the first three or four months. I was losing weight, but when I really read into it, I got used to what you have to eat.

"I've felt a lot of the benefits and one has certainly been my fitness levels have gone up. My total distances have increased from being at Bristol City to being here, and I feel that's made a big impact on my recovery as well.

"I feel like I've needed less recovery time since turning vegan, but it's different for everybody. It's not for everyone, but I feel it's right for my body."

Brownhill is strikingly level-headed and has come a long way since spending nine years as a schoolboy at Manchester United.

He was later part of the 2014/15 Preston North End squad promoted the Championship while a prosperous loan spell with Barnsley a year later caught the attention of Bristol City, who signed the midfielder on a free transfer in summer 2016.

"Growing up, it was all about Wayne Rooney - coming through at United," he says when asked about who he modelled his game on as a youth-team player.

"At that time, when I was coming through, I was a No 10/striker. He was somebody I always looked up to, even though I'd dropped as I got older into midfield.

"When I developed as a midfielder, it was more looking at Frank Lampard and Steven Gerrard.

"It's different now when I'm playing at this level, playing week in week out, but I look at someone like Jordan Henderson, what he's done at Liverpool, his ability and his work rate, the way he talks about the game.

"As captain of Liverpool and as an England midfielder, he's probably the main one I look up to, but there's a lot of great midfielders in the division that I try to take bits from. It's about still being my own person." 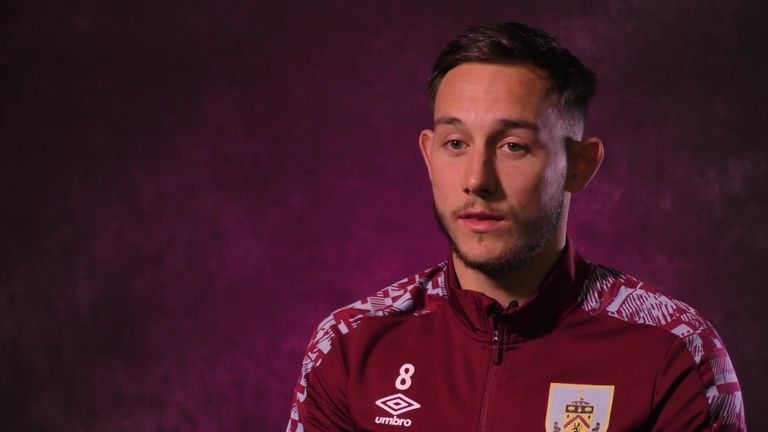 Brownhill is now a Premier League player in his own right. Despite Burnley's lowly position of 15th, the midfielder's displays have been catching the eye.

West Ham and Aston Villa have both been linked in recent weeks, but the player is focused on the job in hand.

"When you start to do well, you get recognition for it," he says. "There's a lot of people who will talk, but you tend to not listen to them.

"I'm here at Burnley and my main goal is to do well here and to keep the club in the Premier League. Then it's onto next season and to progress even more.

"Whatever people talk about, it's not for me to listen. It's up to me to crack on with my work and to work hard here."

Brownhill, like many before him who arrived in East Lancashire, was allowed time to acclimatise to the step-up in class following his arrival from Bristol City for £9m in January 2019.

Before the first lockdown last March, Brownhill featured as a late substitute against Bournemouth; his subsequent nine appearances last campaign came in front of empty stands.

"It's something that's in my head all the time and I can't wait to happen," Brownhill adds when the prospect of playing in front of a packed Turf Moor is put to him.

"I played two or three minutes as a substitute on my debut and ever since then, there's not been any fans.

"I remember saying to a few of the lads that I've still not started a game in the Premier League with fans and they're all a bit shocked as it's been over a year now. It's a big thing to play for Burnley and for the fans because I know how much it means to them. Hopefully, when it's safe to do so, playing in front of the supporters is something I'll thrive on.

"I had to get myself fit so that when I got the chance, it was an opportunity I'd take. Sometimes, you can put people in too quick and there's a lot of pressure that players might not be able to handle.

"At the time, the team was doing really well. They were on a really good run of form, and the manager doesn't like to make too many changes to the side so it's never easy going straight in to play.

"I knew I'd have to spend a bit of time on the sidelines working hard, but I feel it has really benefitted me."

Having signed a four-and-a-half-year contract, Brownhill is now proving a shrewd acquisition. Burnley have the option of extending his stay by a further 12 months, and his displays would appear to make that decision a no-brainer.

Burnley's takeover by American investment group ALK Capital in December has placed the club in a stronger position to hold on to their prized assets, but Premier League survival is paramount to growth both on and off the field.

Their distinctive style of play means Dyche's midfielders carry a certain profile; someone with technical ability and the capacity to adapt to his system.

"He asks a lot of his midfielders," says Brownhill. "In this division, you tend to play against a three and sometimes even a four… there's so many bodies that can be around our two in midfield, so he expects a lot of hard work from us. It's the way he likes to play, and to be in there, you've got to work hard.

"It's a different type of fitness; it's more high-speed running than distance covered, but regardless of which position you play in, you've got to work hard and that's what we do as a team. We're always defending and attacking until the 95th minute."

Brownhill has made 26 appearances so far this term and is seen as a key figure in the dressing room as Burnley look to cement their Premier League status for a sixth consecutive season.

His ability to read the game and anticipate opposition passes is testament to his development into a high-calibre player over the past 14 months. Only Southampton's Jan Bednarek has made more interceptions (61) than Brownhill's 55 in the Premier League this campaign.

"I suppose, it's nice," he admits when asked if being among the front-runners in the category matters. "You don't get carried away with things like interceptions.

"It's not something that's in the back of my head, but you do see the stats and it's nice to get recognition for the hard work being put in. It's come naturally to my game since I've been playing here."

Brownhill scored 17 goals in 160 games over three years at Bristol City, but he is still awaiting his first Premier League strike. His solitary goal in claret and blue came in September's Carabao Cup win at Millwall, and the next personal target is to break his league duck.

"I know that earlier in my career, I always scored goals and assisted," says Brownhill, whose last league goal came for the Robins against Fulham in December 2019.

"I'd like to do a lot more here but it's difficult in the Premier League. We haven't scored that many goals as a team, but I've had a few chances. I've hit the bar and come close.

"It's not good enough on a personal level, so it's definitely something I'm aiming for, but ultimately it's more about getting the wins and feeding the strikers. I'll try to chip in wherever I can."

Finding the right balance has been the perennial issue for Burnley, who have suffered more than most clubs since games have been played behind closed doors. 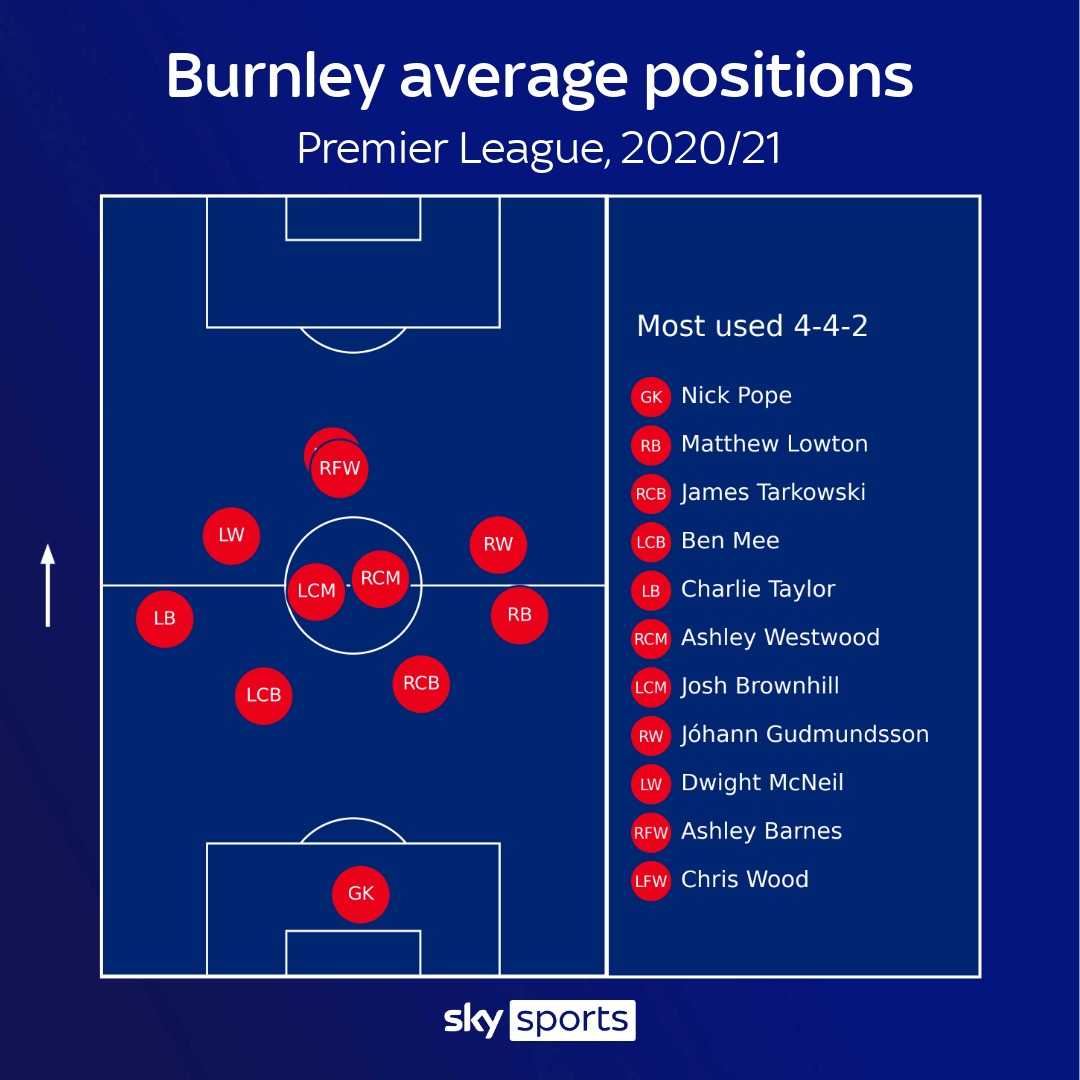 Dyche's men have seen an eight per cent drop in win percentage without supporters since June last year - the third biggest decrease among teams to have been ever-presents across the two seasons, behind only Sheffield United and Liverpool.

Burnley are currently four points clear of the relegation zone, but it's a situation the club have been in several times in the past under Dyche.

The league's longest-serving manager operates a tight ship, overseeing around £160m spent on new players for Burnley since arriving in October 2012 - a modest sum - while he has recouped around £93m.

The Clarets boss is said to be delighted with Brownhill's development, and the player acknowledges how his manager's experience of being in relegation battles places the team in a strong position to handle the pressure of the remaining 10 games.

"A lot of the players have been in this situation before and we know what it takes," he says. "We've got a lot of experience in the team and in this division.

"We've had some good positions over the last number of years in being higher up the table, but throughout the season we've been in and around where we currently are so we've got the experience to help us get away from danger.

"We'd love to have a few more wins and a few more points under our belt to be further away from the position we're in. Four points isn't a big gap. There's a couple of teams below us, but it's going to be difficult. It's never easy, but I feel we can pull ourselves away."

Burnley travel to face Everton this weekend, live on Sky Sports, without a win in five Premier League games but, conversely, having lost just one of the last seven.

Brownhill ends: "We've had a good few days training this week off the back of a positive result at the weekend - as much as we'd have liked to have got three points against Arsenal. It was a good performance, and we could quite easily have won. 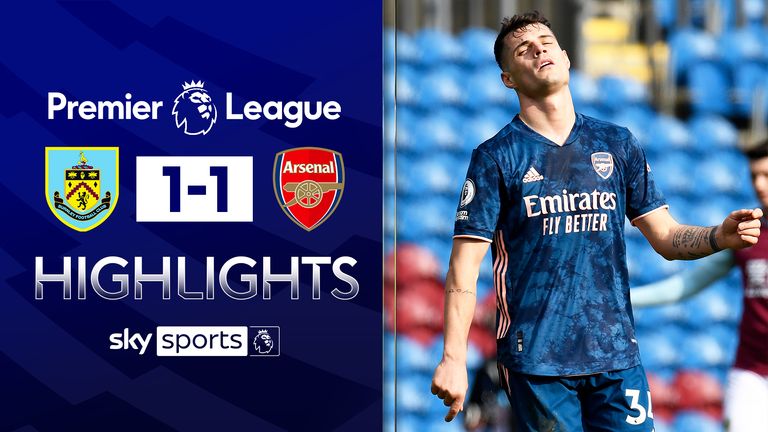 FREE TO WATCH: Highlights from Burnley's draw with Arsenal

"We're looking forward to a big game at the weekend before going into the international break. We won't then play for a few weeks, so it's definitely one that we have to come away with a win."

Another Dyche craving is to turn the recent spate of draws into victories, but Brownhill's continual blossom could prove key to Burnley's survival hopes.

Everton vs Burnley is live on Sky Sports Premier League and Main Event from 5pm on Saturday; kick-off 5.30pm

Sky Sports customers can watch in-game clips in the live match blog on the Sky Sports website and app.