Burnley manager Sean Dyche has extended his deal at the club until the summer of 2025; Dyche is the longest-serving boss in the Premier League having been in charge at Turf Moor for nearly nine years 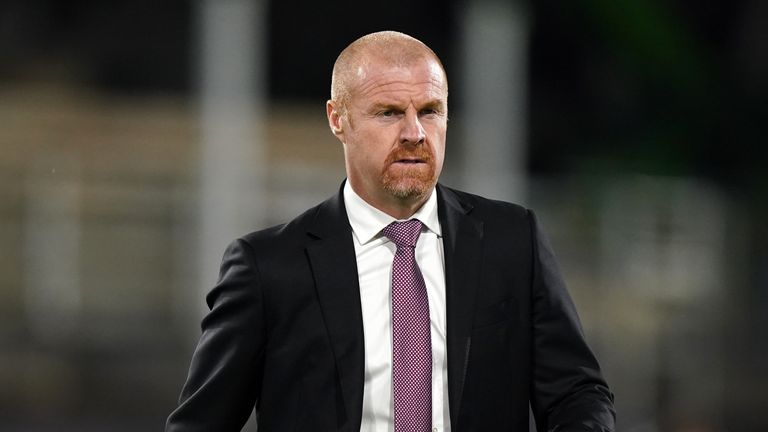 Burnley manager Sean Dyche lays out his hopes for the future at Turf Moor after agreeing a new four-year deal with the Lancashire club.

Sean Dyche has committed his future to Burnley by signing a new four-year contract at the club.

The 50-year-old is the longest-serving boss in the Premier League having been at Turf Moor for nearly nine years and he has now committed his future to the Clarets until the summer of 2025.

Dyche said: "It is nice to be able to get this deal completed and now look towards the future of this football club, and its constant evolution.

"I have a strong affinity with the area and our supporters after so many years here and I look forward to putting in the hard work needed to keep the club moving in the right direction.

"It was an important summer for us to add talent and depth to the team, but the work doesn't stop there. As a club we're about developing and improving players and the environment we foster here is so important to that.

"I am looking forward to continuing to develop that environment, work with a great group of players and coaches and to build on the positive relationship with our new ownership headed up by Alan."

The beginning of the new season marked Burnley's sixth successive campaign in the Premier League.

They achieved their best finish since 1974 under Dyche when they came seventh in 2018 - which saw them also compete in the Europa League the following season,

Burnley will be aiming to secure their first league win of the new season when they face Arsenal at home on Saturday.