Norwich promotion not 'realistic' for Daniel Farke - but he is 'greedy' Championship leaders Norwich are "overachieving", according to manager Daniel Farke, and promotion is still unrealistic despite a growing list of admirers that includes Jurgen Klopp.

James Maddison's departure for the Premier League followed an uninspiring 14th-place finish in Farke's first season in charge, with sporting director Stuart Webber admitting it would not have been a "surprise" if the club had sacked their German manager.

But eight wins out of their last nine games has put the Canaries top after 21 games and ahead of early-season favourites Leeds United heading into Saturday's match against Bristol City, live on Sky Sports.

"It [promotion] is not realistic because there are bigger clubs with bigger names," he told Sky Sports News.

The former Borussia Dortmund reserve team manager says "so many things have to come together" to get out of the Championship and into the promise land of the Premier League, but that they could be having a "special year".

"The sky is the limit in football," he says. "Everything is possible."

Relegation from the top flight in May 2016 was followed by "wasted" parachute payments, according to Webber.

Inside the Norwich revolution

Norwich are top of the Championship but how did it happen? We take an in-depth look at their rise.

But Farke has combined savvy recruitment with a faith in young players.

"There was a lot of financial pressure and we had to sell some of our best players," he said. "We had to go our way with many academy products, of course money helps to add some quality."

Midfield recruit Mario Vrancic was Klopp's very own "Mario Gotze" at Mainz, the now Liverpool boss recently revealed, adding that he is always looking out for Norwich's results to see how his ex-players are doing - which also includes Moritz Leitner, Marco Stiepermann and Felix Passlack. 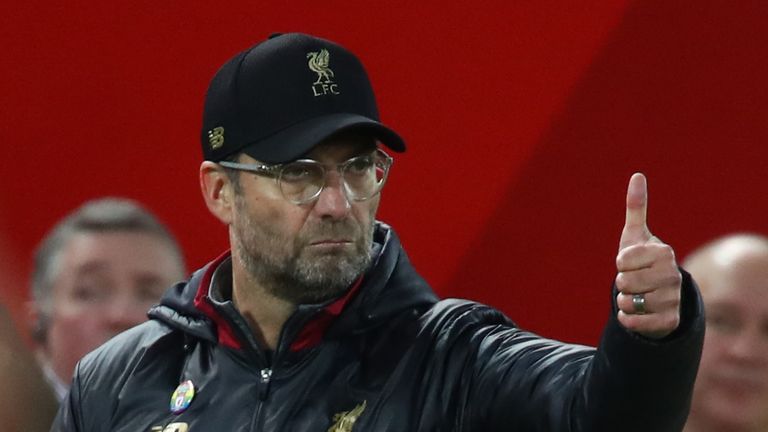 And Farke is keen his Canaries do not begin to flap.

"We are always greedy and want to improve," he said. "We're overachieving in terms of our expectations from the beginning of the season because we all know this club had three difficult years with relegation and mid-finish table in the Championship.

"We know there are bigger names, bigger clubs in this league with more opportunities and we know we were not favourites.

"It doesn't mean we have less ambition and less greedy so we want to go further on and enjoy the moment."