QPR have completed the signing of striker Lyndon Dykes from Livingston on a four-year deal for an undisclosed fee.

Dykes sat out Livingston's goalless Premiership draw with Rangers on Sunday ahead of the move to the Kiyan Prince Foundation Stadium after the clubs agreed a fee of what is understood to be around £2m for the 24-year-old.

Barnsley, Middlesbrough and Stoke City were among a host of Championship clubs interested in signing Dykes, with Barnsley having two offers in excess of £1m rejected by Livi.

Rangers were also interested in Dykes earlier in the summer but have since signed strikers Kemar Roofe and Cedric Itten.

"I am a player who works hard for the team. I want my team-mates to know that I'm putting it in for them. I am always going to give 100 per cent," the 6ft 2in forward said.

"The physical side of the Championship is not a worry for me. I like that side of the game sometimes - I'm willing to get in there and rough some people up!" 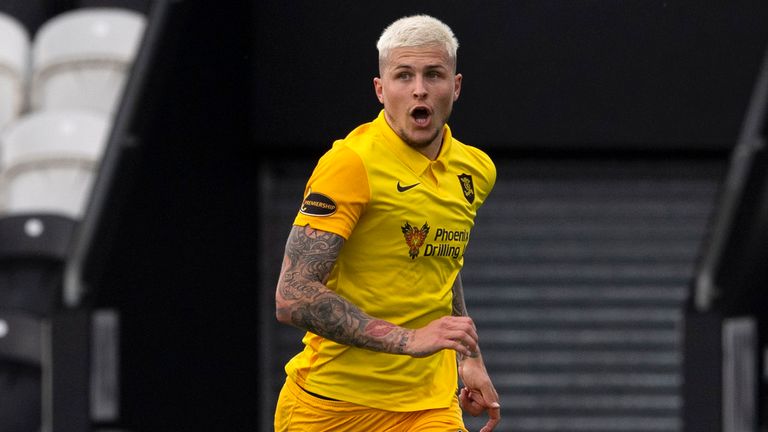 Mark Warburton is excited about the prospect of working with Dykes

QPR director of football Les Ferdinand watched Dykes twice in person in recent weeks at the start of the Scottish Premiership season.

Dykes joined the West Lothian club just over 12 months ago from Scottish Championship side Queen of the South, who will receive a percentage of the sale.

The fee paid by QPR is a record received by Livingston and exceeds the £1m Celtic paid them for Spanish striker David Fernandez in 2002.

Australian-born Dykes is eligible to play for Scotland through his parents, but has yet to play international football.