Claude Puel revealed Riyad Mahrez was disappointed at being substituted in the 1-1 draw at West Ham but insists there's no problem with their relationship.

Leicester took the lead inside eight minutes when Marc Albrighton took advantage of some sloppy Hammers defending but the hosts got a deserved equaliser through Cheikhou Kouyate right on half-time.

Puel's team seemed to lose their way after the break and the manager decided to replace the influential Mahrez midway through the half, with the Algeria international leaving the field in a sulky manner.

The Foxes boss played down the playmaker's reaction insisting it was a natural reaction to being substituted.

"When a player leaves the game they are disappointed - it's not too important," he said.

"It was hard to find Mahrez in the second half. We tried to play on the counter attacking with Demari Gray and Vardy against this team as they were playing with long kicks and winning the second balls. But it was not possible to find them in the second half."

Puel was left frustrated with his team's inability to take advantage of the nervousness of West Ham in the first half. 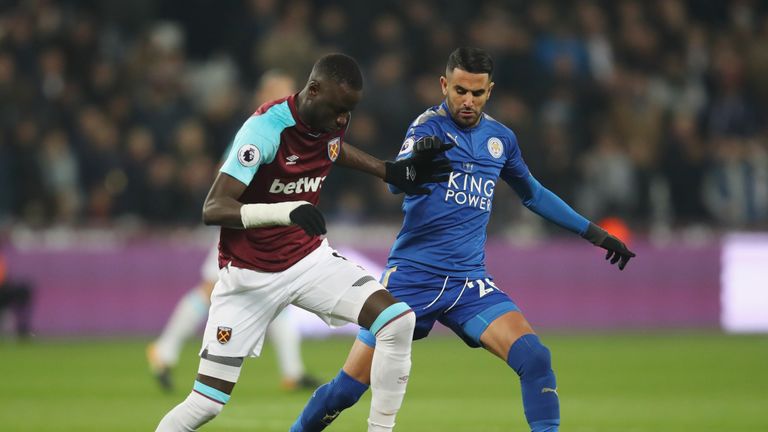 "We had to kill the game in the first half," he said. "With the goal before half-time West Ham took confidence.

"They were aggressive as was the atmosphere inside the stadium. It was important then to keep this result. We couldn't find Mahrez or Vardy in space and that was a disappointment. It was difficult in the second half. But our first half delighted me for the future. We put together good moves but we couldn't find a second goal."

Pick your team for England v Brazil for free to win the guaranteed £5k jackpot.