'More than just a football owner... he felt he could change the community for the better'

Sky Sports News' Midlands reporter Rob Dorsett has covered Leicester City for over 15 years and watched as Vichai Srivaddhanaprabha bankrolled the Foxes' fairytale rise from the Championship to the Champions League.

Here, he discusses why Leicester supporters took the Thai businessman to their hearts and how he will be remembered by the club's faithful…

When Vichai Srivaddhanaprabha completed his takeover of Leicester in 2010, he was asked why he had bought the club in a very rare interview that he gave.

He claimed that it was because Leicester had the same colours as his company, King Power Duty Free. But there was more behind the Thai billionaire and this purchase.

Vichai was a quiet, humble and generous man who fell in love with the community of Leicester and the people within it. Supporters were initially sceptical about him, but he was true to his word and was not a foreign owner running the club from afar.

He was a frequent visitor to the King Power Stadium and, when he was unable to get to a match, his son Aiyawatt was there. They were very much at the heart of the football club despite having huge business interests elsewhere. 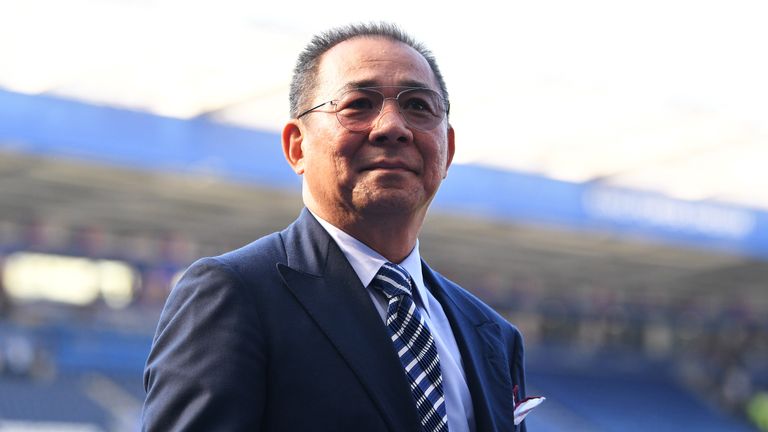 Leicester City have confirmed their chairman Vichai Srivaddhanaprabha was one of five people on board the helicopter that crashed outside the King Power Stadium.

After buying a then-Championship Leicester for £39m from Milan Mandaric, Vichai immediately wrote off £103m in loans the club had incurred and effectively made them debt free.

Since then, there has been a steady flow of money into the club, improving the playing squad as well as the overall infrastructure, with planning permission granted for a brand new training ground that will cost upwards of £100m.

But more than just investing his own personal wealth, he engaged with supporters. He gave fans free bus travel to away games, he gave out free beer and cake when it was his birthday as well as free scarves - it was small gestures like these, rather than big-name signings, that won the hearts of the Leicester fans. 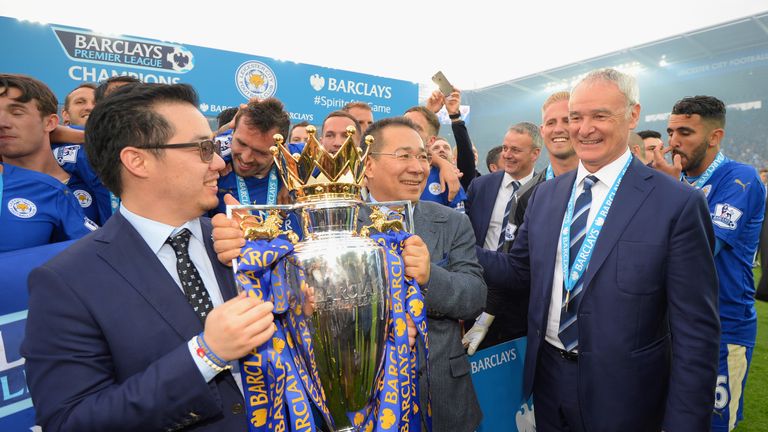 Beyond the world of football, Vichai realised the value of community. He gave two separate instalments of £1m to Leicester Royal Infirmary, just as a benevolent gesture to try and help the people of Leicester. It had absolutely nothing to do with football - he genuinely felt he could change the community for the better and wanted to be a part of it.

Vichai was also very close to his staff and had a strong relationship with senior players at the club, often seeking their account and opinion on certain matters.

When they secured that unlikeliest of Premier League titles in 2016, he was not backwards in rewarding the playing squad with sports cars and all-expenses-paid holidays. 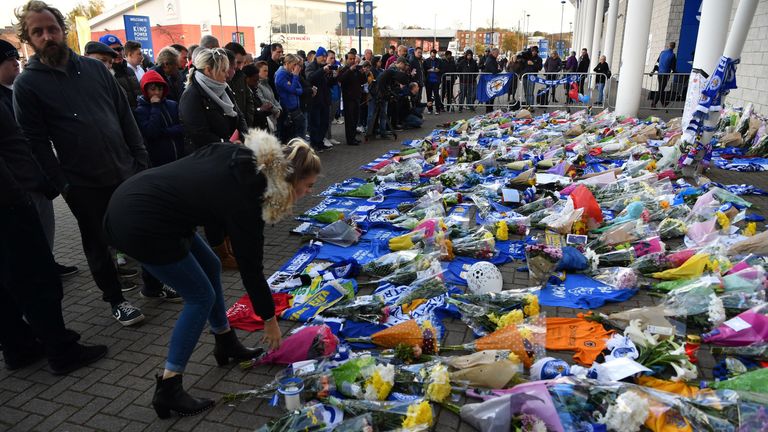 Paul Gilmour reports from the King Power Stadium on Monday as the city of Leicester comes to terms with the death of Leicester City chairman Vichai Srivaddhanaprabha - one of five people on board the helicopter that crashed on Saturday evening.

There were, of course, those crazy nights when he would take the entire squad out and pay for everything, whether that be trips to casinos or top restaurants. Nothing was too expensive or too much trouble for him.

But when it came to running the club and taking the big decisions, he took them on. He never shirked tough calls or passed them onto people that ran the club on a more day-to-day basis.

It was very much his club and run in his image. Not all of his decisions were popular though. The sackings of Nigel Pearson, Claudio Ranieri and Craig Shakespeare were considered unpopular, but he continued to ask the supporters to trust him and, to a large extent, they did

While football fans don't always agree with their owners, Vichai was always very conscious to explain himself to Leicester supporters and always assured them he had their best interests at heart. The way he was around the club and the community, I think they have been utterly convinced by that.

Leicester fans have already called for a statue to be built of him - when was the last time supporters were calling for a statue of an owner? That honour is normally reserved for hero players at a club. However, in the case Vichai, it would be more than fitting for a man that was more than just a football owner.