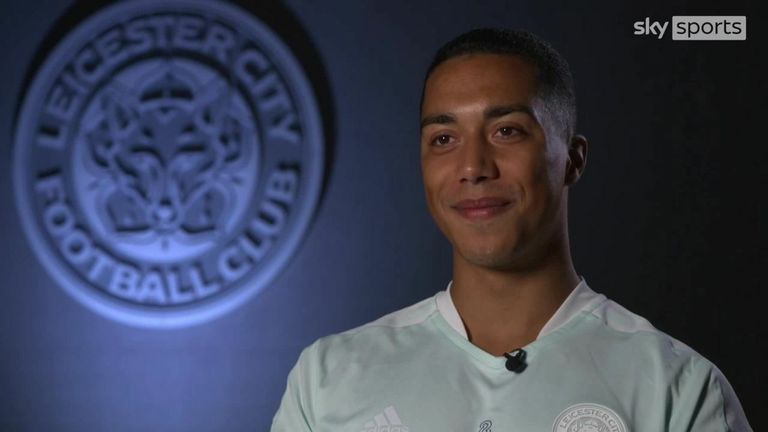 Youri Tielemans says he is "keeping his options open" as he continues to negotiate the terms of a new contract with Leicester City.

The 24-year-old is into the last two years of his contract at the King Power Stadium and Leicester are keen to tie him down to a new deal.

Barcelona, Liverpool, Manchester United, and Real Madrid are among the European clubs that are reportedly interested in the Belgium international.

Despite becoming an integral member of Brendan Rodgers' team which has regularly challenged the Premier League's top clubs in recent seasons, Tielemans, who moved in a club-record £35m deal from Monaco in 2019, was reticent when asked whether he envisages his long-term future with the Foxes.

"There's no update really. I'm open to everything. The transfer market has just closed, but I want to keep as many options as I can open," he said.

"As long as I'm here I will give everything for the club. I've already done so, but I will do so even more. The contract situation is just something that is going on in football, it's a normal situation.

Since arriving at Leicester two years ago, Tielemans has scored 18 goals and made 19 assists in 113 appearances in all competitions.

He helped them to consecutive fifth-place finishes in the top flight over the last two seasons, scored the winning goal in their victory over Chelsea in the 2021 FA Cup final, and started their Community Shield triumph over Manchester City.

Speaking before Deadline Day in the last transfer window, Rodgers described Tielemans as a "top-class professional" and said the club were eager to get him to extend his stay in the East Midlands.

The Leicester boss said: "I hope we can have him for longer. Jon (Rudkin, director of football) is meeting with his representatives.

"He is a top-class professional, a great guy and someone I love working with. He is very focused on his football and doesn't get sidetracked at all. As I have said before, I will give him everything to help him continuously improve and he will continue to give us everything too.

"For me and Youri, it just continues - our relationship. Hopefully, we can resolve something in the future."