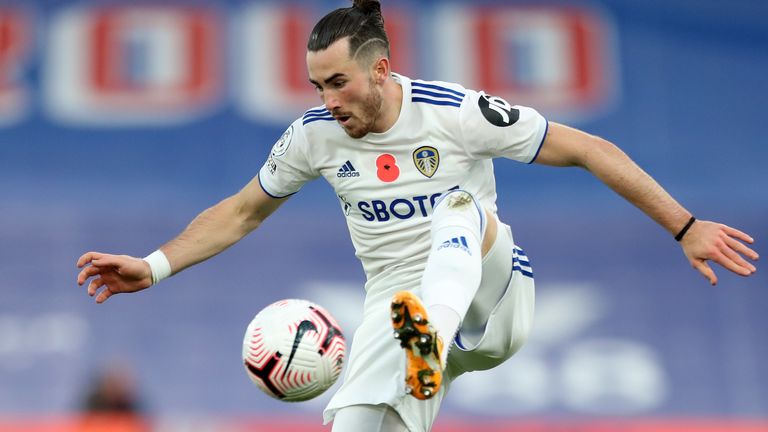 Leeds United winger Jack Harrison is vowing to "raise the bar again" in an attempt to break into Gareth Southgate's England squad.

Harrison, who has played for the U21s, has continued to impress following his return to Elland Road on a season-long loan deal from Manchester City.

The 23-year-old spent the previous two campaigns on loan at Leeds and featured in every game last season as Marcelo Bielsa's side won the Sky Bet Championship title.

Harrison and Patrick Bamford have emerged as potential England players along with team-mate Kalvin Phillips, who has made the international breakthrough and only missed out on Southgate's most recent squad because of a shoulder injury.

"Growing up I always said to myself it's been a dream of mine to play in the Premier League and I think now that I'm here I have to raise the bar again and international football is that next step," Harrison told Sky Sports News.

"I love to be able to go away on international breaks, and to play with the national team would be a dream so it's something that I'm working towards.

"I do extras here and there, doing what I can to try and get to that next level."

"I couldn't be more happy for him [Kalvin Phillips] especially having had the opportunity to leave Leeds and potentially play with the national team earlier.

"He decided to stay at Leeds and be a part of an historic moment. He's become a legend here, he really deserves everything he gets coming to him and I'm so happy that he's made the national team.

"I'm hoping he gets back from injury quickly and he can get back in there, seeing him play there is incredible."

It will be a meeting with Arsenal boss Mikel Arteta who "inspired" him during their brief time together at Manchester City. 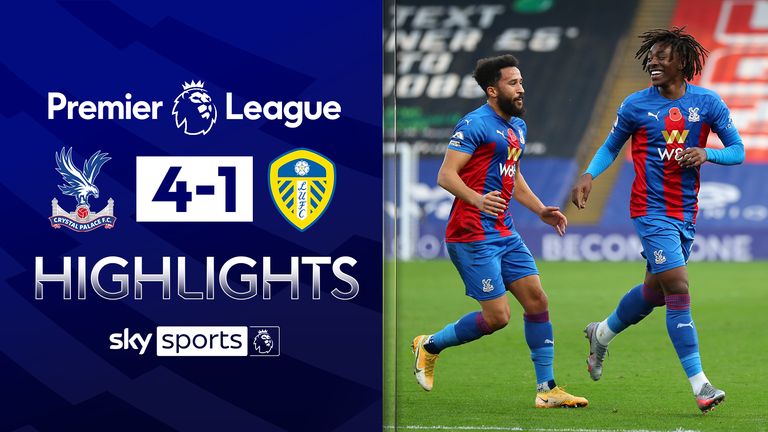 FREE TO WATCH: Highlights from Crystal Palace's win over Leeds in the Premier League

"I only worked with him for one pre-season and watching the way he worked alongside Pep (Guardiola) was inspirational, watching all the advice they gave to the players was something I really tried to learn something from," said Harrison.

"It was only a short experience being part of their pre-season but I've been really grateful for that, just learning how they conduct their training sessions.

"He [Arteta] wouldn't even remember saying certain things to me and other players around me as well. It was only small to him but it can make a big difference to us as players especially being so young and wanting to learn so much as well.

"You can tell he's very intelligent, he knows a lot about the game and working along with Pep you can see why he's got the reputation he has so it will be another interesting one going into this weekend."