Fernando Llorente has been told he is still wanted by Swansea, despite being left out of the squad to face Everton last weekend.

The 31-year-old Spaniard was not included in Bob Bradley's 18-man squad for the trip to Goodison Park, but the manager is not planning to allow the striker to leave.

The American boss said: "Fernando has a future here, he is a good man. 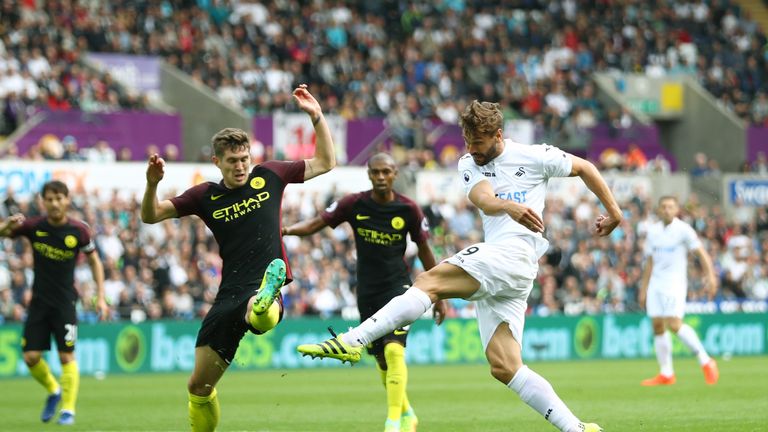 I don't think it's hard for Fernando to hear because he's honest to himself.

"I had a very good conversation with Fernando when I told him he would not be in the squad for the Everton game.

"Before he arrived he'd had a stretch of injuries. He got here, he's had some little knocks and I just told him. I've watched him plenty.

"I felt we'd made strides with him physically but he still wasn't where he needed to be.

"I felt his response to all that was playing with a little less mobility, and I think Fernando's best games in the past have not been about him being a target man.

"I felt that specifically against Stoke and Man United. I felt as a team, we didn't do a good job of how we used Fernando.

"And I don't think Fernando did a good enough job of moving in those games, of challenging defenders with his movement.

"I don't think it's hard for Fernando to hear because he's honest to himself. When he's not in his best form or fitness, he knows that.

"There's still a higher level to come from him."

So far this season, Llorente has netted just once for bottom of the table Swans.