Two Northampton Town players say their team-mates were racially abused during a walk in Nottingham ahead of their 2-2 draw against Notts County.

Timi Elsnik and David Buchanan spoke out on social media detailing the alleged incident outside their team hotel in the city on Saturday - and the club has called for anyone with information to come forward.

Slovenia U21 midfielder Elsnik said: "Went for a pre-match walk with the team in Nottingham and this young man outside the hotel started racially abusing some of our lads.

"The most disgusting thing I've seen and heard. He's done it in front of his girl as well with no shame so he must do it all the time. Absolute idiot." 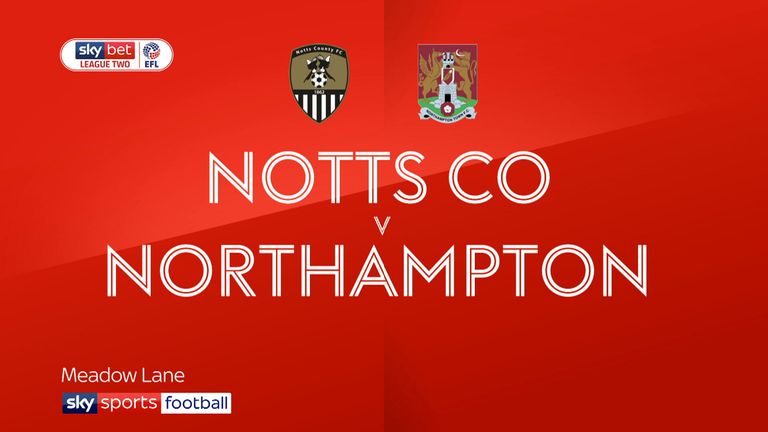 Left-back Buchanan said: "Today I witnessed racial abuse to some of our players in the Village Hotel in Nottingham. Can't believe we still have scum like this in 2019. Credit to our boys who handled it impeccably."

Northampton released a statement reading: "Northampton confirm that a number of the first-team squad were racially abused ahead of Saturday's game at Notts County.

"The incident occurred in Nottingham as the squad went on their normal pre-match walk from the team hotel before the game.

"We would like to highly commend our players for the professional manner in which they handled the situation and as a club we stand together in condemning such actions.

"We are working with the relevant authorities and have asked anyone with any information about the incident, or possible witnesses, to contact the club."

The incident occurred on the same day that a Brentford season-ticket holder was arrested at Griffin Park following a complaint by Derby County player Duane Holmes that he was racially abused while sitting in the dugout.