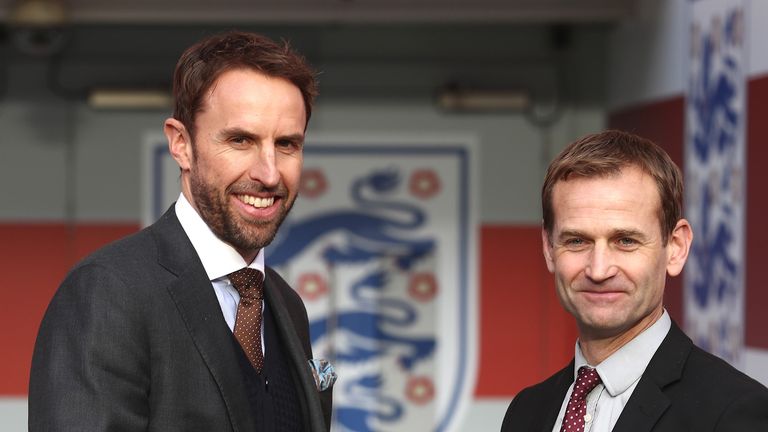 Dan Ashworth raised eyebrows when he swapped England for Brighton this season. Here, the technical director explains his reasons behind the controversial switch.

In an exclusive Q&A with Sky Sports ahead of Brighton's Premier League clash with West Ham on Friday Night Football, Ashworth was quizzed on a wide range of subjects, including why he joined the Seagulls in September.

Are you pleased to be leaving a successful England team?

"I'm really pleased and proud of the England teams over the last few years. It's been a pleasure to be involved.

"Obviously the World Cup experience in Russia was probably the highlight, but we've had a number of successes with the England teams.

"I think it's something the whole country can be proud of."

Why move on (to join Brighton as technical director in September)?

"It was a fantastic opportunity. There are not too many technical director roles in this country.

"Brighton is a fantastic club. They've invested in the stadium and the training ground, and there are some great people to work with.

"I've been with the FA for five-and-a-half years now and one of the things you can't have is daily contact with the players.

"I feel passionately about helping players develop and hopefully making that transition into the senior team.

"I also missed the buying and selling of the transfer window and trying to help build a team."

How important is the role of a technical director?

"I would say this, but I think it's crucial. I think it's a really important role and the rest of Europe have embraced it.

"We set up a course at the FA to try and help develop the next generation of technical directors.

"The pressures on managers are growing so much that I really think there's a role for someone who understands what's going on on the football pitch and the boardroom.

"They do work closely together but just on slightly different timelines."