Foundation set up by Charlie Edinburgh, son of the late Justin Edinburgh, who died in June 2019 of a cardiac arrest; Edinburgh won the FA Cup while at Tottenham; Orient also designate today's home match against Crawley as their JE3 Day to raise funds and awareness

Non-league club Marine will be donated an automated external defibrillator by the Justin Edinburgh 3 Foundation ahead of their FA Cup clash with Tottenham next month.

The foundation was set up by Charlie Edinburgh, son of the late Justin Edinburgh, who died in June 2019 of a cardiac arrest months after he guided Leyton Orient to the National League title.

Edinburgh won the FA Cup during his decade at Tottenham and the start of the club’s campaign in the competition will be marked by the JE3 Foundation continuing their efforts to campaign for “Justin’s law” – a legislation ensuring defibrillators are in all health and sports facilities in the UK.

Marine safety officer Peter McCormack said: “We look forward to receiving this very generous donation and the provision of training in its use.

“This offer of kindness demonstrates the bond between Justin, Tottenham and the FA Cup whilst showcasing our new formed relationship, which will be a real long-term legacy of this great occasion in our club’s history when we take on Tottenham Hotspur next month.”

Sky Bet League Two side Newport, another club where Edinburgh had managerial success, have also become a recipient of an automated external defibrillator alongside the Essex Community First Aid Events. 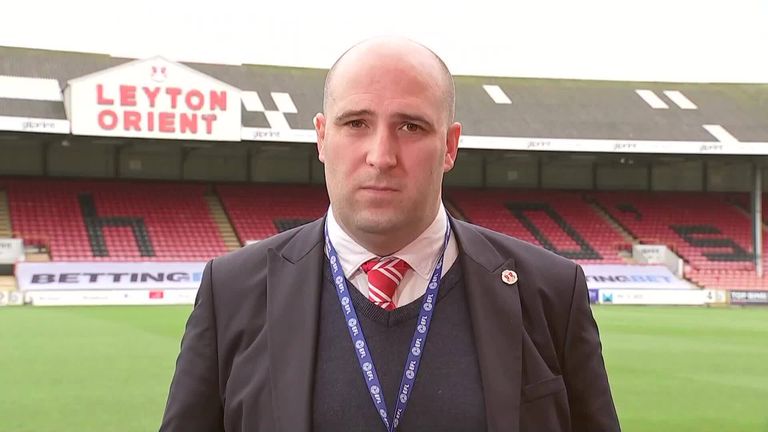 Leyton Orient chief executive Danny Macklin says it is disappointing not to play in front of fans again but insists the wait will be worth it.

Founder Charlie Edinburgh added: “This is another proud day for all involved with the foundation. To see the continued hard work of everyone involved pay-off is the perfect tribute to Dad (Justin) and marks JE3 Day perfectly.”

Leyton Orient have also designated today's home match against Crawley Town as their JE3 Day where they mark and celebrate the life of their former boss who would have turned 51 on Friday.

Although no fans will be in attendance, the club will be fundraising for the cause with players taking to the pitch for the warm-up with 'Edinburgh' on the back of their shirts to raise money and awareness.