Jack Wilshere has been ruled out for the rest of the season with a broken leg sustained against Tottenham on Saturday, according to Sky sources.

Wilshere faces another prolonged absence after scan results revealed the severity of the injury.

It showed up a crack in his left fibula, similar to the injury which kept the Arsenal midfielder out for most of last season. 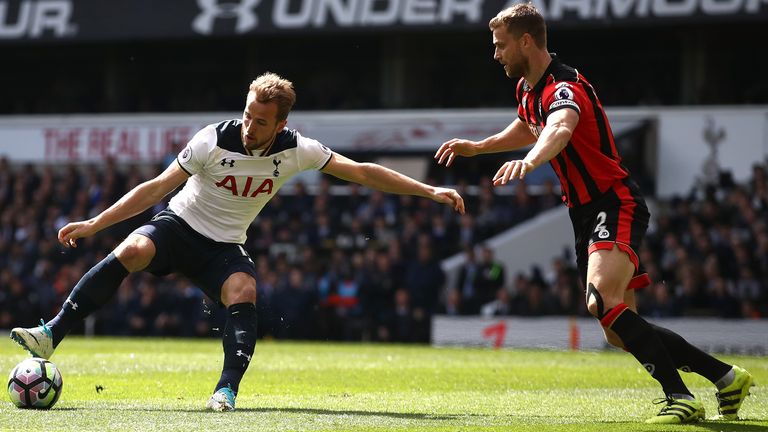 Wilshere, on a season-long loan at the Vitality Stadium, went down following a collision with Harry Kane after an hour of Saturday's 4-0 defeat before being jeered by Spurs supporters at White Hart Lane.

Bournemouth defender Steve Cook condemned the reaction of the home fans as Wilshere left the pitch.

The 25-year-old midfielder was forced to leave the field with what looked like an ankle issue.

He was later seen leaving the stadium on crutches and wearing a protective boot on his left foot.

The England international has made 27 league appearances for the Cherries this season and the timescale for his recovery is unclear with doubts now over his availability for pre-season.

Wilshere's future remains uncertain with Shaun Custis of The Sun, speaking on the Sunday Supplement, claiming the midfielder's career is at a "crossroads".

The injury comes at a bad time as he is due to enter contract talks with his parent club, with his current deal running until the end of the season.