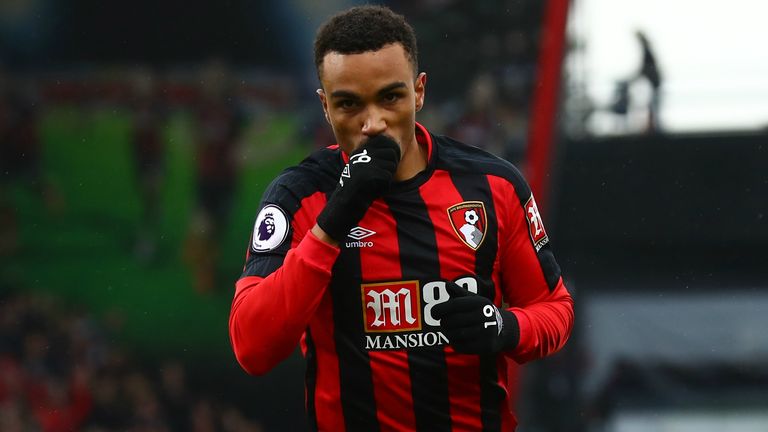 Junior Stanislas was unable to disguise his delight after scoring on his return to action in Bournemouth U21s 8-1 Hampshire Senior Cup win against Eastleigh.

Bournemouth winger Junior Stanislas admits he is thrilled to back on the pitch and playing again after recovering from knee surgery.

Stanislas has been sidelined for almost six months with anterior ligament damage sustained in Bournemouth's 2-2 draw against Watford in March.

The midfielder put in a dominant display, and scored a first-half thunderbolt before he was withdrawn an hour into an 8-1 win for Bournemouth U21s over Eastleigh on Tuesday night.

"I said before the game training has been going well, but to get out on the pitch and get some minutes, regardless of the opposition - it's just good to be out there.

"It felt a bit weird being on the pitch again but in a good way. Two minutes into the game you start getting your bearings.

"I just tried to do the running side of things today. Getting the work in is the most important thing for me and it was nice to come out with a goal."

Stanislas knows he faces a fight to get into Bournemouth's starting line-up as he returns to match fitness.

Eddie Howe's side are fifth and have scored more Premier League goals than Manchester United, who are three places below them in the table.

"The competition [for playing time throughout the squad] is good, healthy," Stanislas said.

"There's competition for places, always, and the manager demands that. If you're not playing then you want to be part of the team as well, that means hard work on the training ground."

He added: "I start training again this week and we'll see what happens for the weekend and obviously the cup next week."