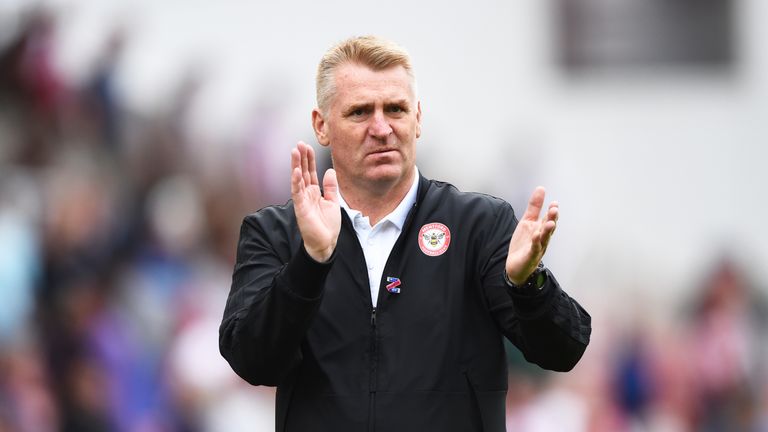 "I'm not sure they are going to give Prince William the job, are they?" - Smith plays down Aston Villa links

Brentford head coach Dean Smith has dismissed reports linking him to the vacant Aston Villa job as "only speculation".

Steve Bruce was sacked after Villa opened the season with just three wins from 11 games and Smith has emerged as one of the favourites for the job, along with Thierry Henry, John Terry, and Sam Allardyce.

Who next for Aston Villa?

With Steve Bruce sacked by Aston Villa on Wednesday, who will take charge next? Sky Bet take a look at the managerial favourites.

"There's going to be speculation about many people who they put two and two together and sometimes come up with five," Smith told reporters on Thursday.

"My job is Brentford Football Club and that's all I'm interested in.

"There's always going to be speculation: my dad was a steward there, I was brought up an Aston Villa fan. I'm not sure they are going to give Prince William the job, are they?"

When asked if the job offer would be hard to turn down, Smith said: "I can't answer that because I haven't been offered it and I don't think it would be right to, because at the moment, Brentford Football Club is what I love doing.

"I enjoy coming in here every day, it's a great football club with great people so that would be a decision if it came to it. At the moment it hasn't and it's only speculation.

"There was speculation linking we me with a lot of clubs over the summer as well and I'm here still doing my job and very happy doing it."