Brentford appear to have priced clubs out of signing their sought-after striker Neal Maupay.

Sky Sports News understands it will take offers of well beyond £20m to even tempt the Bees into a sale.

Aston Villa and Middlesbrough are among the clubs keen on Maupay, who has scored 16 goals this season. 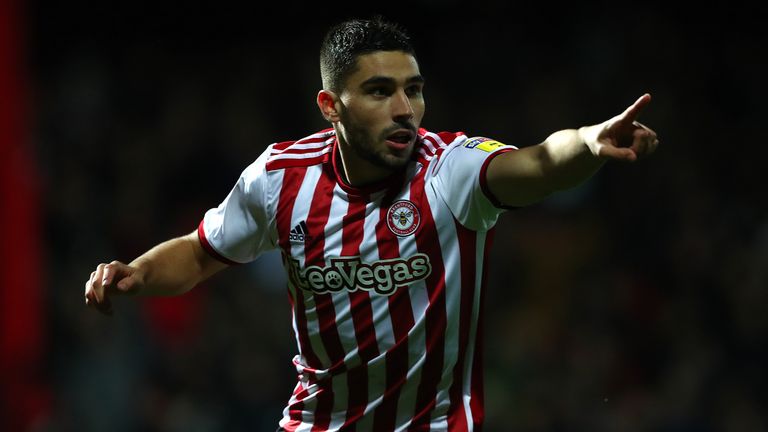 Here's a look at why Brentford's Maupay is so highly rated...

However, Villa - managed by ex-Brentford boss Dean Smith - appear set to hang on to on-loan Tammy Abraham and would target another loan should they lose the Chelsea striker anyway due to Financial Fair Play commitments.

Boro do have money to spend in the window but are thought to have reservations over a move due to the huge potential cost of Frenchman Maupay, who has two-and-a-half years left on his Bees contract.

Huddersfield have also reportedly been keen on Maupay but the Terriers are only looking at loan deals in this window.

Brentford are not under pressure to sell their best players despite a difficult season in the league, with the club also aware of interest in Romaine Sawyers and Ollie Watkins.

Nico Yennaris is close to a move to Chinese Super League side Beijing Sinobo Guoan, while Villa boss Smith is also interested in defender Yoann Barbet.