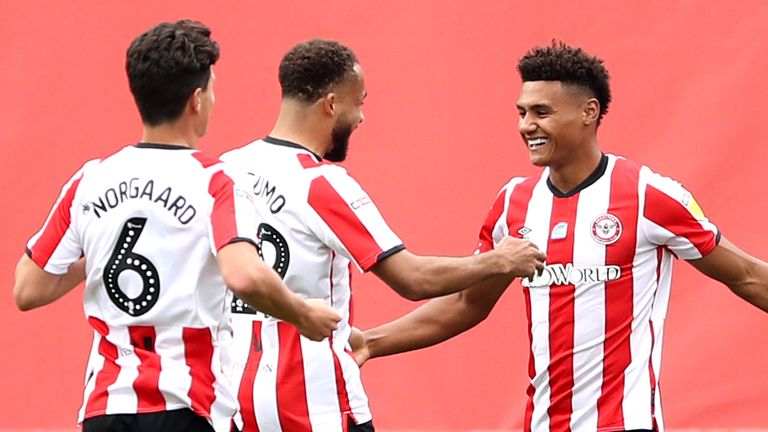 Fulham have entered the race to sign Ollie Watkins from Brentford and are in talks with the Championship club over the striker.

Watkins became a target for several Premier League sides after the Bees missed out on promotion to the Premier League, losing in the play-off final to Fulham earlier this month.

The 24-year-old was second in the Championship scoring charts last season, his 25 goals leaving him behind only Fulham forward Aleksandar Mitrovic.

Scott Parker's side are also interested in signing Bournemouth striker Callum Wilson, who is likely to secure a return to the Premier League following the Cherries' relegation from the top flight.

Brentford's impressive 2019/20 campaign, which saw them narrowly miss out on automatic promotion before suffering play-off heartbreak, has generated interest in several of their key players.

Both the Premier League and Championship seasons begin on the weekend of September 12.