Sky Sports exclusive: Brentford striker Ivan Toney explains his desire to exceed expectations set for him, proving those who doubted him wrong and the competition between himself and fellow Bees frontman Marcus Forss.

It was mid-August and, with just weeks until the start of the 2020/21 campaign, speculation surrounding the future of Ivan Toney was beginning to ramp up.

Peterborough had missed out on a place in the Sky Bet League One play-offs on a points-per-game basis and, having scored 26 goals in 39 games, the striker's stock was at an all-time high. Scottish champions Celtic were among a host of clubs with a reported interest.

Following news that Brentford had agreed a fee a few days prior, Sky Sports News travelled to Posh's training ground to gauge Toney's thoughts. "I want to play at the highest possible level - the Premier League," he said. "I feel like my ability will get me there, whether it's now, next season or whenever."

A short clip of the interview subsequently did the rounds in the increasingly volatile social media environment and what followed was a significant outpouring of vitriol, with his attitude and ability quickly called into question.

As he speaks to Sky Sports, however, it doesn't take long to realise that his statement was somewhat misconstrued.

"People are going to have their opinions and just because it's their opinion to have, it doesn't mean it's factual," he says.

"I see myself as a Premier League player. If I see myself as a Championship player, that's not good enough. You have to aim higher and if you come just short then it's not too bad. You must have high ambitions and high ambitions scare small-minded people. I'm excited to be in the Championship and I'm sure I can play a big part in taking Brentford to the Premier League."

When the dust had finally settled, the move to west London materialised on August 31, with the Bees forking out an initial £5million for his services, rising to a maximum of £10million including add-ons. Ollie Watkins was still on the club's books at the time, though Toney's arrival paved the way for his record-breaking move to Aston Villa. 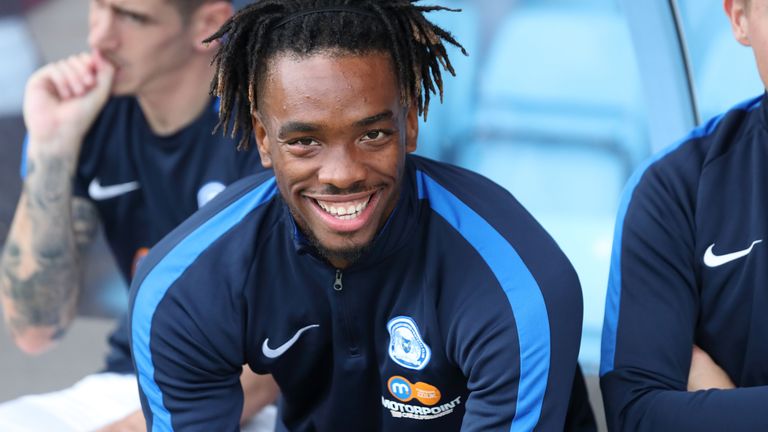 Nonetheless, Watkins' boots would take some filling. In his first season since moving in from the wing last summer, the 24-year-old had made the No 9 role his own, with 26 goals in 50 appearances. It represented a wholly daunting prospect for some.

"I was just excited to take the challenge on because I like proving people wrong. Without blowing my own trumpet, I feel like I completed League One a few years ago," Toney adds, with a smile.

There were nerves when his first four games ended without a goal. But then one away at Millwall was followed by two against Preston, two against Coventry and two more against Sheffield Wednesday. Eight in six games in October saw him named Sky Bet Championship Player of the Month for October. Needless to say, the naysayers vanished.

Even more impressive was the way he picked up where he left off last season, as if the six-month break before his Bees debut never happened.

"It wasn't much of a shock to the system, it was more excitement. When you are excited and you want to do something, you don't really care how your body is. You look past that and just enjoy it," he says.

"I would never have thought I'd be in this position at the beginning of the season but I did believe in myself and I know what I'm capable of and it's starting to really show. I've believed in myself, and the manager, all the staff and the players have helped me.

"I feel like everyone is a team player; there's no individuals or standouts. I know I've been scoring the goals but without them I wouldn't have been able to score them. Everyone wants the same goal at the end, which is to get promoted.

"It's pretty much the same squad as last year, obviously taking out two players [Watkins and Said Benrahma]. I'm sure the whole team knows what it is like to be so close and then not make it. They don't want the same heartache they had last year and we want to put things right." 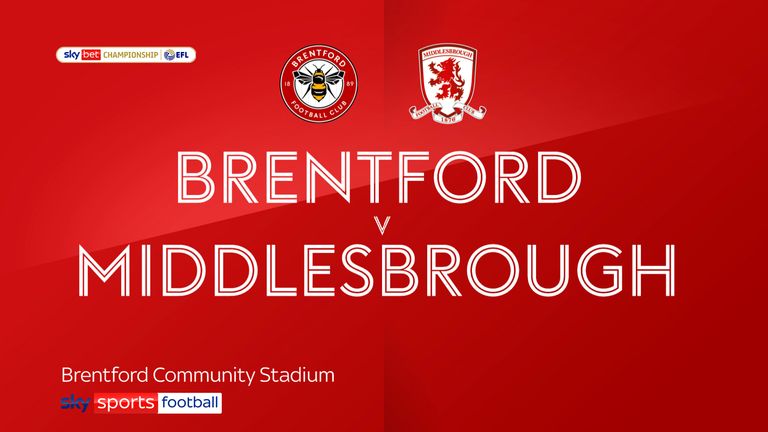 Highlights of the Sky Bet Championship match between Brentford and Middlesbrough.

Meanwhile, jostling with Toney at the top of the Championship scoring charts is Blackburn's Adam Armstrong. The pair were under contract at Newcastle from 2014 to 2018, though neither managed to break through to the first team on a regular basis. "I think we both have a point to prove," Toney continues.

"When I went to Newcastle, Adam was out on loan, but we did speak and said we should both be playing up front together. It was never to happen but he is a great striker who knows where the goal is, for sure."

There's competition closer to home, though. Fresh from a loan spell at AFC Wimbledon last season, Marcus Forss has forced his way into head coach Thomas Frank's plans and currently has four league goals from his eight appearances - all have which have come from the bench - which represents an incredible average of one goal every 35 minutes. Not to mention the fact he scored on his senior debut for Finland earlier this week, against world champions France, no less.

But it's competition by name only, insists Toney.

"If I can help him in any way then that's the kind of person I am. If he scores a goal, I'm just as happy as he is for me. As long as we are both doing well, that's all we can do. We bounce off each other and it helps. The manager has a choice to pick a striker; it's me at the moment and it's just up to me to keep my shirt.

"As a striker, you want to score as many goals as possible and the more games there are, the more goals you can get. I'm excited for the next period and I just want to get more goals under my belt, as well as three points, to push us forward to getting promoted."