Striker will officially join club on Tuesday; signed for an initial fee in the region of £5m

Ivan Toney has joined Brentford from Peterborough on a five-year deal for an initial fee of £5m.

The striker will officially join the club on Tuesday and the deal could rise to a maxiumn of £10m with add-ons.

Brentford head coach Thomas Frank said: "I'd like to welcome Ivan to the club. We are adding a hungry, ambitious, hard-working striker to the group here.

"He fits what I want in a striker; he is a goalscorer, he gets into good positions in the box, he is good playing on the last line, and will contribute to our link-up play." 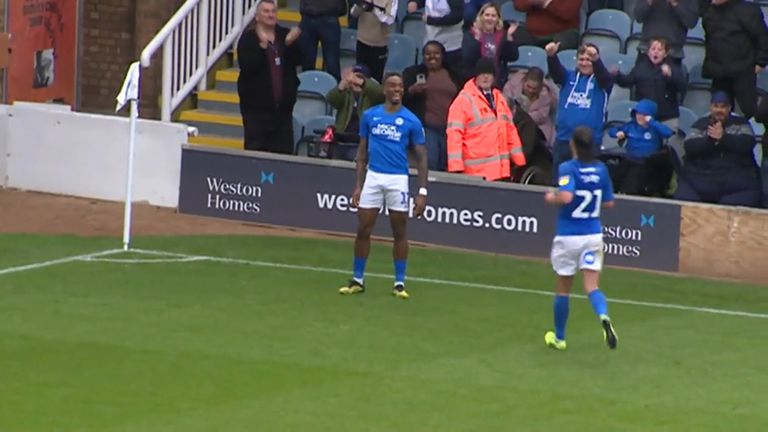 Toney scored this exquisite lob back in October against Lincoln

Toney had been linked with a host of clubs during the transfer window, including Championship side Nottingham Forest and Scottish Premiership champions Celtic.

The 24-year-old, who finished as League One's top scorer last season with 24 goals in 32 games, told Sky Sports News last month although he remains focused on Peterborough, he feels it is time for a new challenge.

Toney will train with his new team-mates ahead of signing for last season's Championship play-off finalists on Tuesday.

Brentford's deal to sign Toney could allow Ollie Watkins to move to the Premier League with Aston Villa, Sheffield United and Fulham among several clubs interested in the striker.

Villa's hierarchy are keen to tie up a deal soon but are becoming increasingly frustrated at the lack of progress in talks.

They want to sign Watkins as soon as possible, so he can acquaint himself with his new team-mates in pre-season, before the Premier League starts on September 12.