Ivan Toney: Peterborough striker says it is 'time to move on' amid transfer speculation Ivan Toney says it is "time to move on" from Peterborough and believes he is good enough to play in the Premier League.

Toney has been linked with a host of clubs during the transfer window, including Championship side Brentford and Scottish Premiership champions Celtic.

The 24-year-old striker, who finished as League One's top scorer last season with 24 goals in 32 games, told Sky Sports News on Tuesday that although he remains focused on Peterborough, he feels it is time for a new challenge. 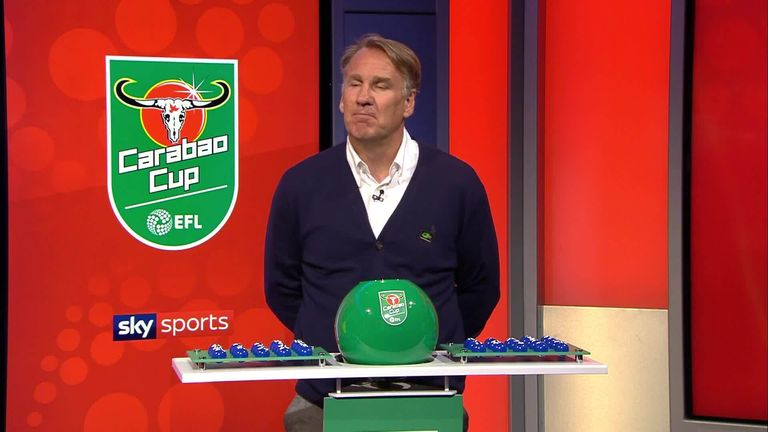 "Peterborough brought me in to do a job for them, which was to score goals," Toney said. "In the past they brought in strikers like Britt Assombalonga, Dwight Gayle and then shipped them on.

"They know what they're doing. They get their strikers scoring goals and get money for them so I think it's a business for them. Obviously it would have been sweeter getting promoted but I feel like from a personal view it's time to move on.

"For now though I'm still a Peterborough player and I've just got to focus on playing football."

Toney joined Peterborough from Newcastle in the summer of 2018 after a number of loan moves. He made just two appearances in the Premier League, but now feels he can be a success in England's top flight.

"I want to play at the highest possible level, so the Premier League. We'll see what happens and see who comes along," he added.

"You've got to be confident otherwise there's no point setting out to try and play at the top level. I feel like my ability will get me there, whether it's now, next season or whenever it is, I'm sure I'll be able to look after myself in the Premier League and do a good job." 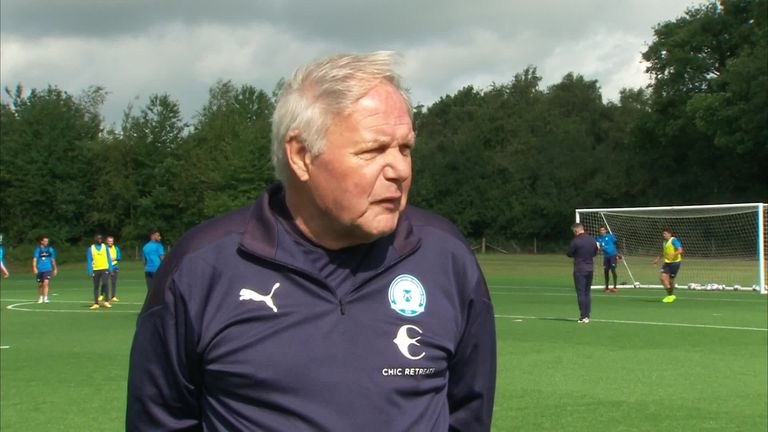 Despite not naming the club, Peterborough co-owner Darragh MacAnthony admitted last week that a deal had been struck to sell Toney two weeks ago.

Peterborough director of football Barry Fry says that particular move failed to materialise after the player could not reach an agreement on personal terms.

"We accepted a bid from one club but Toney's turned it down," Fry told Sky Sports News. "I've had eight clubs get in touch with me, three of those eight made bids but nowhere near what we want so he's our player. He'll remain our player until we get the bid that we'll accept.

"We said to him in January we wouldn't let him go, that we wanted to get promotion, but if we didn't get promotion then we would listen to offers. But again we told him, his dad and his agent that unless the deal's right, he won't be going anywhere."

Peterborough manager Darren Ferguson, who led the club to seventh place in League One before the 2019/20 season was curtailed, believes Toney will leave the club this summer.

"There's a lot of speculation around Ivan as there was always going to be," Ferguson said. "It's up to him to agree personal terms and whether he wants to go, but my gut feeling would be that there's that many clubs interested I think something will happen."

Last month, Celtic manager Neil Lennon confirmed the club are "actively trying to get one or two more players in" to aid their title defence.

The Scottish Premiership side had an opening offer for Toney rejected by Peterborough, with the League One club's director of football Barry Fry insisting the striker is worth £12.5m.

Asked about Toney in July, Celtic boss Lennon said: "There are a couple of areas that we are looking at and I know we have been linked with a number of players.

"I can't confirm at the minute but we are actively trying to get one or two more players in."

When asked whether Celtic were willing to spend an eight-figure sum to sign Toney, Lennon replied: "It will be a club decision whether we think that it's value for money so I'll leave that in the capable hands of the people who make those decisions.

"We've identified some players and some options in a number of positions and we'll just work through that as best we can."