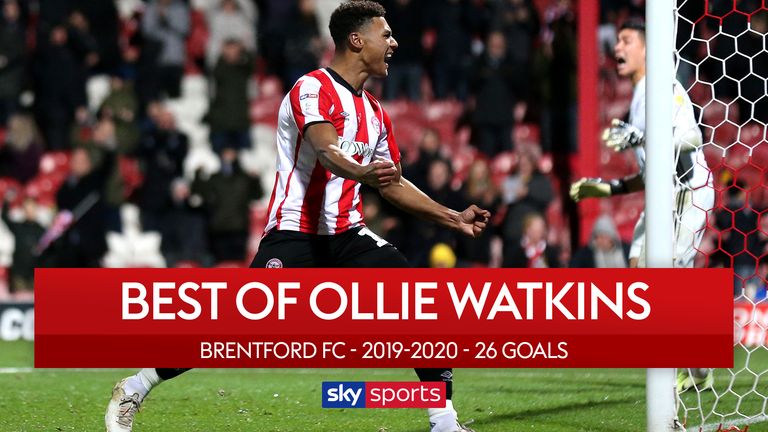 Ollie Watkins and Jude Bellingham have been announced as the Championship's best player and best young player respectively in the EFL's 2019/20 end-of-season awards.

Brentford's Watkins picked up the Sky Bet Championship Player of the Season accolade after an impressive campaign saw the striker score 26 goals as the Bees narrowly missed out on promotion to the Premier League.

Meanwhile, highly-rated teenager Jude Bellingham picked up the EA Sports Young Player of the Season and LFE Championship Apprentice of the Year awards after an impressive 44 appearances in all competitions for boyhood club Birmingham City, before he secured a move to Bundesliga giants Borussia Dortmund.

Former Grimsby striker Charles Vernam received the Mitre Goal of the Season award for dribbling from the edge of his own area, skilfully beating several players on his way before striking past the goalkeeper to round off his hat-trick against Colchester in February. 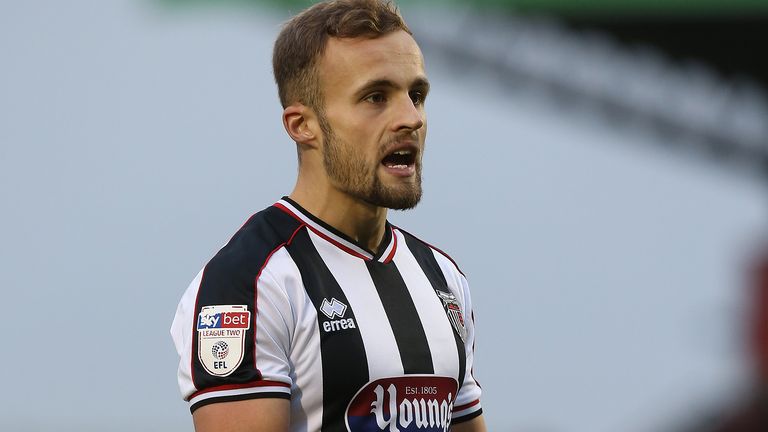 Watkins: Brentford determined to do something special

On being named the Championship's Player of the Year, Watkins admitted his own form and goals last season even took him by surprise, but he warned there is more to come this term.

Brentford finished third in the table, just two points off West Brom, before falling to a disappointing play-off final defeat to Fulham.

"I was devastated after the game [against Fulham] and haven't been that upset for a while to be honest," Watkins said.

"But it's how you react and the boys are still hungry and [we] have that fire in our belly to bounce back and do something special this year."

Sky Sports will kick off its 2020/21 EFL coverage with Watford's home clash with Middlesbrough on Friday September 11, followed by Birmingham against Brentford and Ipswich vs Wigan Athletic on the opening weekend of the new season.

Sky Sports will show 130 live Sky Bet EFL league matches throughout the 2020/21 campaign, beginning in the Championship on Friday night with Vladimir Ivic's first game in charge of Watford - who were relegated from the Premier League last season - as Neil Warnock's Middlesbrough visit Vicarage Road.

The live Championship action continues the following day as Birmingham, who only narrowly avoided the drop last time around, entertain a Brentford side who made it all the way to the play-offs last season, only to lose to Fulham in the final, with that clash getting under way at St Andrew's at 12.30pm on Saturday September 12.

All eyes then turn to League One on Sunday September 13 as Ipswich host a Wigan team who suffered relegation from the Championship last season, with the game kicking off at 12pm at Portman Road.