The deal for Kristoffer Ajer, who was also wanted by Norwich, has largely been agreed with only fine details to be concluded; Brentford have announced the signing of Frank Onyeka from sister club FC Midtjylland after the Nigeria midfielder received a work permit

Kristoffer Ajer has completed a medical with Brentford ahead of a £13.5m transfer from Celtic.

A deal for the 23-year-old Norway centre-back has largely been agreed with only the final details to be concluded.

Ajer, who is highly rated and also a target for fellow Premier League newcomers Norwich, was not in Celtic's squad for their first pre-season friendly at the weekend.

Celtic are preparing to play Brentford's sister club FC Midtjylland in a Champions League qualifier on Tuesday night and Ajer is not expected to be involved.

Brentford have already completed the signing of FC Midtjylland's Frank Onyeka after he received a work permit.

The Nigeria midfielder has been announced as the Bees' first signing as a Premier League club on a five-year deal after arriving in the UK on Sunday.

Onyeka is quarantining in line with Covid-19 travel restrictions before joining up with his new team-mates for pre-season preparations.

Sky Sports News revealed earlier this month the 23-year-old had agreed to sign for Brentford.

He remained in Denmark during the work-permit process, where he completed a medical and continued to train with his now former club.

A deal between the clubs was a formality to conclude because they are both owned by Matthew Benham. 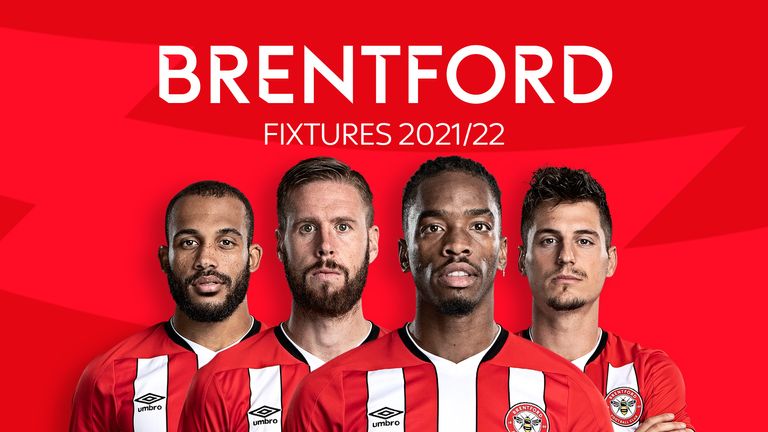 Brentford head coach Thomas Frank says the reality of playing Premier League football has finally sunk in after the 2021/22 fixtures were released. His side host Arsenal on the opening day

Brentford have made strengthening at right-back, right centre-back, midfield and on the wings their priority this summer as they prepare for their first season in the top flight.

Frank: Fans can expect something soon

Brentford boss Thomas Frank suggested to Sky Sports News that the deal for Ajer could be completed on Wednesday. 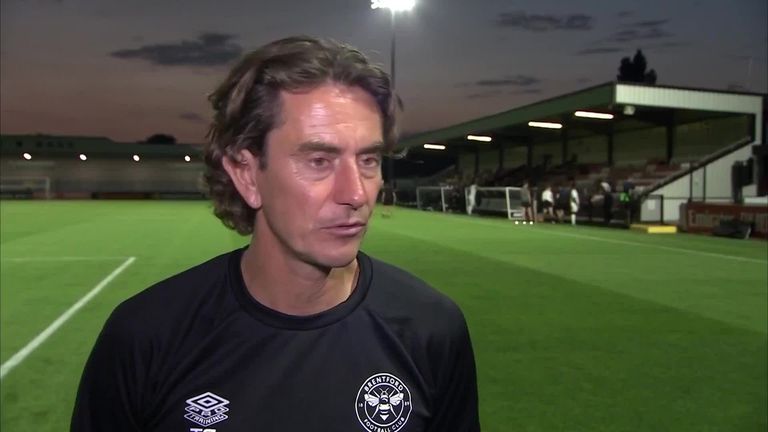 Brentford head coach Thomas Frank says the club's supporters can 'expect to see something soon', with defender Kristoffer Ajer on the verge of joining from Celtic.

"Let me put this way, I think they (the fans) can expect to see something soon, yes."

Frank also said that there is scope for further arrivals at the newly-promoted club, despite him being "pleased" with his current group of players.

"We will be on top of everything happening in the market," Frank added.

"I think we have a very strong squad - I'm pleased with that but of course if we can get the right players in at the right price that fit the right profile, then maybe there'll be more (signings)."