EFL clubs have been given no support, says Aaron McLean after leaving role as Peterborough coach

"I was hoping that between the Premier League, EFL and PFA a package would be put together to enable us to play out the remainder of the season but it hasn't happened" 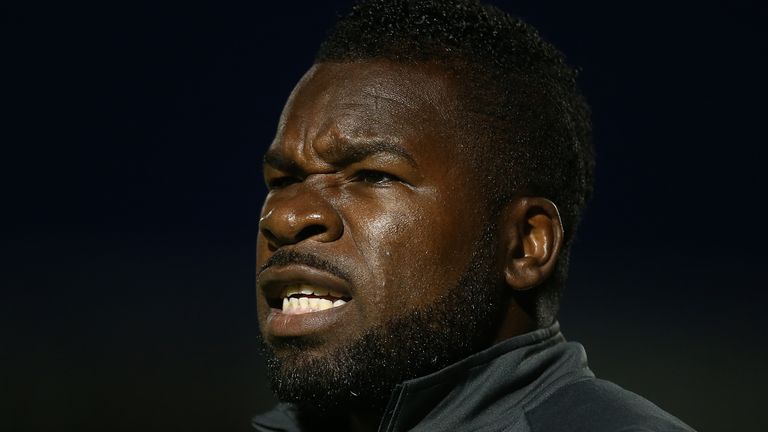 Peterborough's former striker and first team coach Aaron McLean says he was shocked to be made redundant by the club because of the financial implications of the decision to end the League 1 season.

Aaron McLean has spoken of his disappointment at the lack of support lower league clubs have had during the coronavirus pandemic after leaving his role as Peterborough head coach.

League One and Two clubs opted to bring an immediate end to the 2019/20 campaign following a crucial vote earlier this week with final league positions decided on a points-per-game basis.

It not only meant Wycombe Wanderers replaced Peterborough in the top six to claim a play-off place in League One but as a repercussion McLean has now lost his job as the financial impact of the situation begins to bite throughout the leagues. And although the 37-year-old appears philosophical over his own situation, he has been left aggrieved that a rescue package for clubs further down the Football League has not been forthcoming.

"The club have had no choice but to make cuts and I'm sure throughout the lower league there will be more issues going forward," McLean exclusively told Sky Sports News.

"I was hoping that between the Premier League, EFL and PFA that a package would be put together to enable us to play out the remainder of the season.

"But it hasn't happened, it's been 12-14 weeks and I am under no illusions clubs are not made of money.

"They have to generate money somewhere and at the moment because we are unable to get fans through the gates the lower league clubs need help and it hasn't been forthcoming." 'We were desperate to play on'

From helping Posh push for promotion to finding himself without a job in a matter of months, McLean says he was shocked at the decision to curtail the season - always believing support would be found to ensure a restart.

"We were desperate to continue playing and when we saw what was happening with the Premier League and Championship we were confident the people that have the money would come in and help us out," McLean added.

"The main factor was the cost of testing and the un-furloughing of players and staff so we could be able to continue the season.

"But to my knowledge no package was ever presented and I think we are really going to see the affects it will have on clubs in the coming few weeks."