Henderson, 34, has scored almost 80 per cent of his total career goals since January 2013

At 34-years-old, Rochdale striker Ian Henderson appears to be in the form of his life.

And for good reason. Since making the move to the Crown Oil Arena in January 2013 he's scored 119 times, which represents a staggering 77.8 per cent of the goals scored in his entire 17-year professional career.

All is not as it might seem, though. How on earth does a player enter his 30s with the miraculous ability to score 20+ goals a season?

"I never played up front, in essence," he told Sky Sports, after picking up the League One Player of the Month award for October. When I progressed through the ranks at Norwich, all the way through I played up front, either as a lone striker, in a two, or as the middle man in a three up front.

"Then when I made my debut at 16/17, the manager [Nigel Worthington] put me on the right wing and I'd never played there in my life! Being in a results-orientated business, it was a real fast learning curve, to keep a position in the team.

"Even when I came to the football club, I still played either right wing, left wing or in midfield, but for the last three or four years I've played as a focal point down the middle; that's the position I've been asked to play by the previous manager Keith Hill and now by Brian Barry-Murphy."

Henderson's teenage years have long since passed, but he has slotted back into the central role seamlessly and has topped the club's scoring charts each season since 2014/15, following the departure of Scott Hogan to Brentford.

What's more, in a time where success is increasingly quantified, for the former England youth international the move forward has seemingly increased his fitness levels and, in turn, delayed any apparent signs of ageing.

But does Henderson - who turns 35 in January - berate having experienced this goal glut in the twilight years of his career?

"Yes and no, because I'm a huge believer in the process and point of readiness," he said. "It met me at the right time in my life, making the move to Rochdale and everything that's gone on with the amount of goals and statistics to go with it.

"I'm proud of that on a personal level, but again it's the teams that have been cultivated over the years at the football club that have allowed strikers to score goals. The timing was right for me and I wouldn't wish anything was different in my football career because it's been an amazing process to date.

"Statistics, data, GPS and all that comes with it is dictating that I'm probably operating like a 28-year-old. Physically, I can still mix it and data suggests that too, so who knows where it's going to lead me? But I've enjoyed my time here and I feel very, very good. I feel strong, athletic, I've got my speed and that hunger and desire to score goals is even more readily apparent.

"But with everything that we've done this year, the message I'm trying to portray is that it's all down to the team and you don't score goals like that if everyone isn't on the same page."

So far this term, Henderson's nine goals have come somewhat in vain, with Rochdale sitting 15th after a run of three successive defeats. Yet Henderson draws inspiration from how a club of a similar stature in Wycombe have maintained unprecedented pressure on Ipswich at the top of the table.

"Every player knows their job, do the basics incredibly well and the bits and pieces that don't get spoken about i.e. working relentlessly, running harder and faster than their opponents and never-say-die attitude. Those, for me, are their paramount skills or philosophies - whatever way you want to put it - and they are an exceptional team.

"As part of the process of what we are trying to achieve at the football club and development of players and individuals and as a team, it (the season) has gone incredibly well. The back end of the month showed that with three straight wins but then maybe consistency across the board is where we need to maybe work a little bit more.

"We've just got to take real pride and confidence in the fact we've played Sunderland this year and played them off the park, we played Ipswich recently and we played them off the park, too. It's then a case of transferring those performances to wins. It's about consistency across the board to generate the results that will give us the best possible opportunity to move up the league and get into the higher positions." 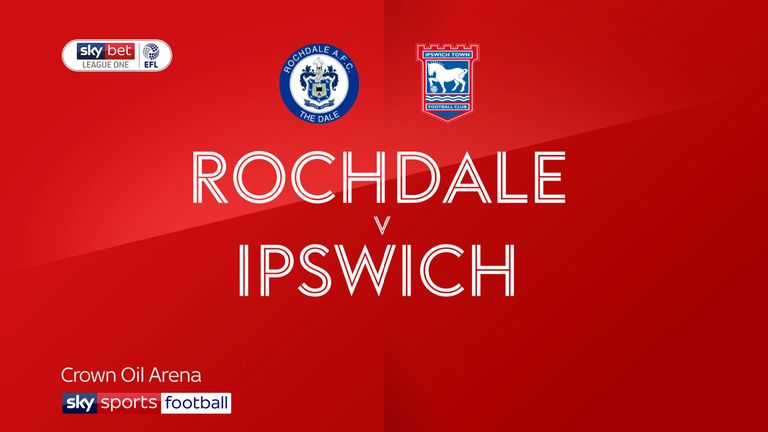 In October 2015, the Dale captain signalled his intention to see out the remainder of his career in Greater Manchester. But in a side that includes 33-year-old Paul McShane, 34-year-old Jimmy McNulty and 40-year-old Aaron Wilbraham, he has little reason to slow down and plenty to pass on.

"From a personal perspective, I think it's invaluable because you have just got to look at all of the squads across the divisions now, which are ever-growing to become more youthful-looking. Some of the skills and attributes that are passed on from more senior players who've been there and done it can only benefit.

"But I will also add that we can learn a lot from the younger players at the football club because they've got eyes, they've got ears, they've got an emotion towards the game that they can portray as well. For me, it's about continually developing as a footballer and a human being and if I can pass on any wisdom, technique or understanding to younger players, that's what I'm here for as well."