Rangers winger Ryan Kent has been charged by the Scottish FA for appearing to strike Celtic's Scott Brown in Sunday’s Old Firm derby.

Kent lashed out at Brown following James Forrest's 85th-minute winner in the 2-1 win for Celtic.

Rangers boss Steven Gerrard claimed after the game that Brown "provoked" both Kent and striker Alfredo Morelos, who was shown his fifth red card of the season for catching the Celtic captain with an elbow in the first half. 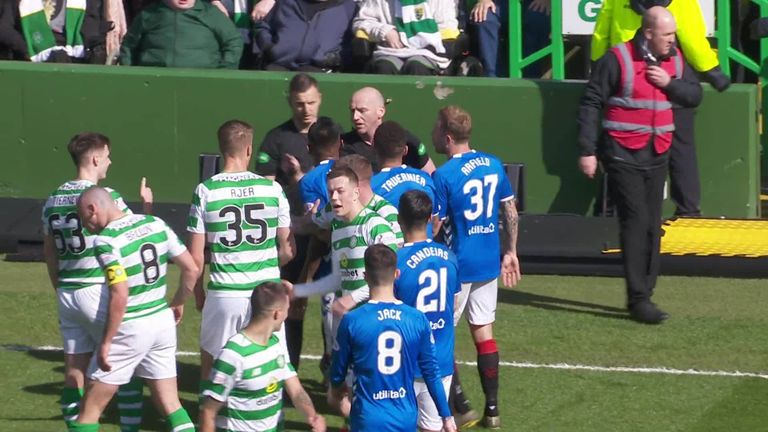 Highlights of the Old Firm derby as Celtic scored late to claim the points against Rangers.

Andy Halliday was shown a second yellow card in the tunnel following a confrontation with Brown after the final whistle.

The incident involving Kent and Brown was not seen by referee Bobby Madden but the Scottish FA have issued a notice of complaint to the on-loan Liverpool player accusing him of committing a red-card offence.

He will now miss Hearts game on Wednesday and Motherwell on Sunday unless he decides to contest the charge.

If he elects to do so, a fast-track tribunal hearing will take place on Thursday.