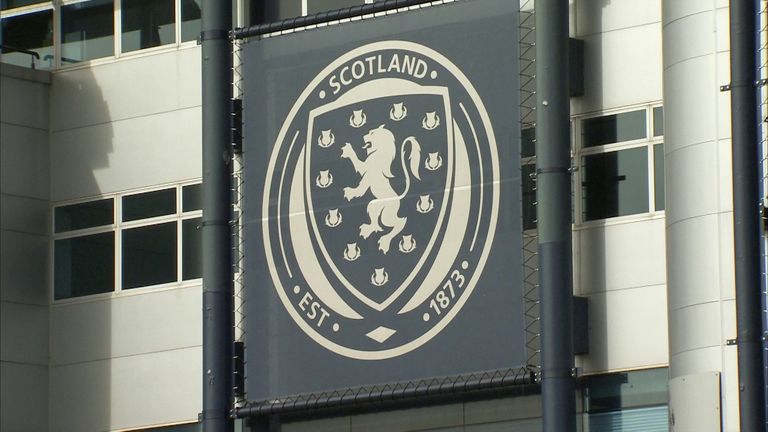 The SPFL's contentious resolution to end the season in three divisions and potentially the Premiership rests on a technicality over the vote of Championship side Dundee.

The Scottish League's board met on Friday to consider the responses to its proposals put forward on Wednesday, needing nine supporting votes from the top flight and eight from the second tier.

The Premiership reached its requirement, but only seven votes came in favour from the Championship, with Partick Thistle and Inverness voting against and "a technical question mark over the competence of Dundee's no vote", Sky Sports News has been told.

Dundee suggested they would vote against the plan, stating on Friday "the current proposal condemns clubs to be financially worse off than they already are as we sit here today".

Hibernian were one of the clubs to confirm their support for the resolution, but expressed "sympathy for those clubs who will be detrimentally affected".

The plans would see the immediate curtailment of the bottom-three league seasons plus the right for the SPFL board to decide the Premiership on a point-per-game basis, if the coronavirus prevents its resumption in the short-term.

This would see Celtic be declared champions and bottom side Hearts, who voted against, relegated to the Championship, with Dundee's fierce rivals Dundee United promoted to the top tier.

Across League One and Two, the 15 votes required to pass the motion were met despite one club failing to vote. The SPFL recorded 16 votes in favour and three against at that level.

A spokesperson for the SPFL said: "It is very important that clubs consider carefully the resolution and we are grateful to those clubs who have voted already.

"With the Ladbrokes Premiership and Ladbrokes Leagues 1 & 2 divisions each having approved the resolution, we await the voting slip from the one Ladbrokes Championship club that has yet to vote. We will provide an update as soon as we are in a position to do so."

'A day of bitter infighting among SPFL clubs'

"This has been a day of bitter infighting amongst SPFL clubs. Rangers' claim that their proposed amendment was unfairly rejected by the SPFL board, and their allegation that clubs were being 'coerced' into voting in favour of the motion, led to a startling public rebuttal from the league. All the more awkward, given that Rangers' managing director Stewart Robertson sits on the SPFL board.

"The evening announcement from the SPFL that one Championship club was essentially holding up the process only further muddied the waters.

"Sky Sports News has been told by multiple sources of an alleged 'technical question mark' surrounding the vote of Dundee, who were believed to be intending to vote against the proposals.

"This has led to allegations of skulduggery and politicking from both sides of the argument.

"One Championship club who voted for the proposals has described the situation as 'deplorable'.

"With a vast majority of League One and League Two clubs having voted in favour of the proposals, they are now awaiting much needed financial pay-outs - but cannot receive any income until the standoff is resolved.

"The longer it drags out, the worse this looks for Scottish football."