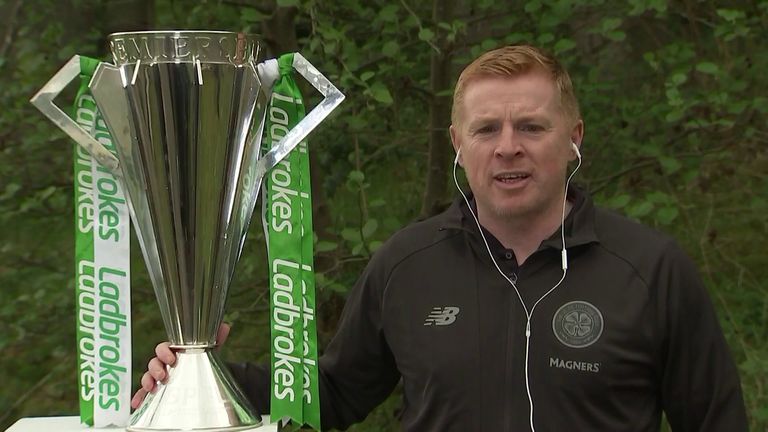 Celtic have been crowned Scottish Premiership champions for the ninth successive season after the SPFL opted to curtail the current campaign.

It also means Hearts are relegated to the Championship for the second time since 2014.

The SPFL held a board meeting on Monday morning where they decided to bring the season to an end, meaning a 51st league title for Celtic.

As with the Championship, League One and League Two, final season placings in the Premiership have been determined by points per game in league matches played to March 13 by each club.

Neil Lennon's side held a 13-point lead over Rangers when the season was suspended, having played one more game.

The 42 SPFL clubs voted - after some controversy - in April to end the season in the Championship, League One and League Two amid the ongoing coronavirus pandemic.

But the SPFL board were also given the power to end the season in the Premiership if it became clear the fixtures could not be played. 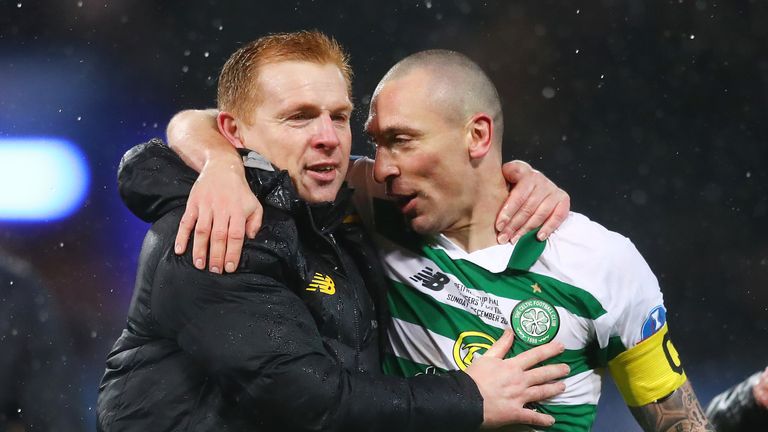 After ratifying the decision to end the top-flight campaign, SPFL chairman Murdoch MacLennan said: "Firstly, I would like to take this opportunity to officially congratulate Celtic on their achievement of winning the Ladbrokes Premiership this season, and also to sincerely commiserate with Hearts on their relegation.

"We would all have rather seen the league season played out on pitches, in stadiums and in front of supporters. This is not the way anybody involved with Scottish football would have wanted to conclude the league season but, given the grave and unprecedented circumstances that we are facing, the board has agreed that it is the only practical way forward.

"Covid-19 has wreaked havoc on sporting competitions around the world and the repercussions will be felt for a long time. Scottish Government restrictions and deep concerns for both player and spectator safety left the SPFL with no realistic option but to call the Ladbrokes Premiership now and we thank the Premiership clubs for their support on this decision."

The SPFL must now explain to UEFA why it has ended Premiership season early and who it nominates for 2020/21 Champions League/Europa League qualification.

European football's governing body asked Europe's top leagues to provide restart dates and format by May 25, with a "strong recommendation" for seasons to be completed even if required a change of format.

SPFL chief executive Neil Doncaster said: "On Friday, Ladbrokes Premiership clubs expressed their clear and unanimous view that there was no realistic prospect of completing the outstanding fixtures from season 2019/20.

"The SPFL board met on Monday morning and in line with the express agreement of member clubs in April, the board determined that league season 2019/20 and the Ladbrokes Premiership be brought to an end.

"This decision now enables us to pay out around £7m in fees to help clubs stay afloat during this incredibly difficult time. We will begin processing these payments immediately.

"The focus of all those involved in the game will now turn to how we get football up and running again safely as soon as possible."

He added: "Nobody should be under any illusion as to how complicated and difficult a challenge it will be to return Scottish football to normality.

"We will be liaising with government on the best way forward and working to ensure that all of our 42 clubs are playing football again as soon as humanly possible."

The Scottish season has not been completely cancelled, however.

The SFA remains committed to completing the Scottish Cup, with the tournament at the semi-final stage.

Hearts are considering legal action following the "unjust" decision to relegate them from the Scottish Premiership. Hearts were four points adrift at the foot of the Premiership when the season was suspended on March 13, resulting in their second relegation in six years.

A statement from Hearts suggests they will challenge that decision, while they have also not given up on a restructuring of the league.

The statement read: "We have stated from the outset that we don't believe it is right that any club should be unfairly penalised because of the Covid-19 pandemic.

"It was previously indicated that league reconstruction would not generate enough support to pass a vote between member clubs. In recent days a number of positive talks have been held with both the SPFL and member clubs and this topic is currently being revisited.

"Hearts will shortly submit a member's resolution that we believe is a pragmatic solution to the issues the game currently faces and a way forward that the clubs can unite behind. It is our belief that this resolution, if supported, will provide an opportunity to avoid disproportionately disadvantaging - financially and otherwise - any club."

Lennon told Sky Sports News Celtic's latest title win was his best as a player or a manager, having now served the club in three spells on the pitch and in the dugout.

"It is a momentous day for the club," he said. "We will have supporters of a certain vintage who will remember the first time Celtic did nine in a row.

"They probably couldn't believe this could happen again and it's a fantastic day for everyone associated with the club. We're all very, very proud, particularly of the players.

"Going into this season, we knew that nine was within our grasp but still so far away. It was a pressure season but we smashed it, particularly the second half.

"Some of our football was absolutely outstanding. We were on track for 100 goals and 100 points. The consistency, the quality and the exciting football we played was really pleasing."

When can Celtic celebrate their title win?

Celtic have not even trained together since March 13 when the Scottish football season was first suspended.

Sky Sports News reporter Charles Paterson says it could be some time before their players can meet in person to enjoy their title win together - although when they do, they will already have the Scottish Premiership trophy in their possession at Celtic Park from last season's triumph.

"I spoke to Callum McGregor a couple of days ago and he said how strange it might be to play in front of no fans at Celtic Park, and lifting the trophy in front of your own fans is the pinnacle for every player. It remains to be seen as and when the team will be able to get together to do that," he said.

"It is a very strange situation bearing in mind Celtic's players are unable to train in the way you see it opening up in Europe. It is a very well-earned triumph though, Celtic feel they deserve it, and to win nine in a row is quite an achievement and to do it in Scotland is all the more important because of what it represents.

"Rangers did it in the 1990s, Celtic did it in the 1970s and next season, whenever that begins, they will go for 10 in a row which has never been achieved in Scottish football."