Rangers enjoyed a record-breaking title win; Celtic finished without a trophy; Hibernian sealed third for the first time in 16 years; St Johnstone clinched both the League Cup and Scottish Cup; Hamilton Accies and Kilmarnock were relegated

Following a dramatic season, Sky Sports News reporter Charles Paterson examines what we learned from every top-flight club in Scotland and looks ahead to what is next.

Rangers clinched the Premiership title on March 7 while going on to set a new clean sheet record, winning all 19 league games at Ibrox and smashing the 100-point barrier. The club's 55th title meant Celtic failed in their quest to claim 10-in-a-row, following years of dominance.

Hibernian clinched third spot for the first time since 2005 ahead of Aberdeen but missed out on Scottish Cup glory to St Johnstone, who became the first club outside the Old Firm to seal a cup double since 1990.

Hamilton Accies were condemned to bottom-spot and will play in the Championship next season alongside Kilmarnock, whose 28-year stay in the top flight came to an end after defeat in the play-off final against Dundee.

Derek McInnes' run as the longest-serving manager in the Premiership came to an unsatisfactory end, as chairman Dave Cormack finally stamped his authority on Aberdeen. McInnes will feel he was a victim of boardroom politics; long before he left, he had the air of a condemned man, with Stephen Glass lined up to succeed him months before.

Losing three strikers two days before the January deadline meant a hasty patch-up job that was never going to succeed. McInnes will be remembered as the man who restored credibility at Pittodrie, but could have achieved so much more.

The early signs from Glass are unclear, but his recruitment of Scott Brown as player-coach may be a masterstroke.

Aberdeen's squad requires major investment, particularly up front, but holding on to their best young players is just as important. With Lewis Ferguson hankering for a move already, it could be a difficult, transitional summer for Aberdeen, but there is no doubt Glass will be allowed time to build a squad in his own image. 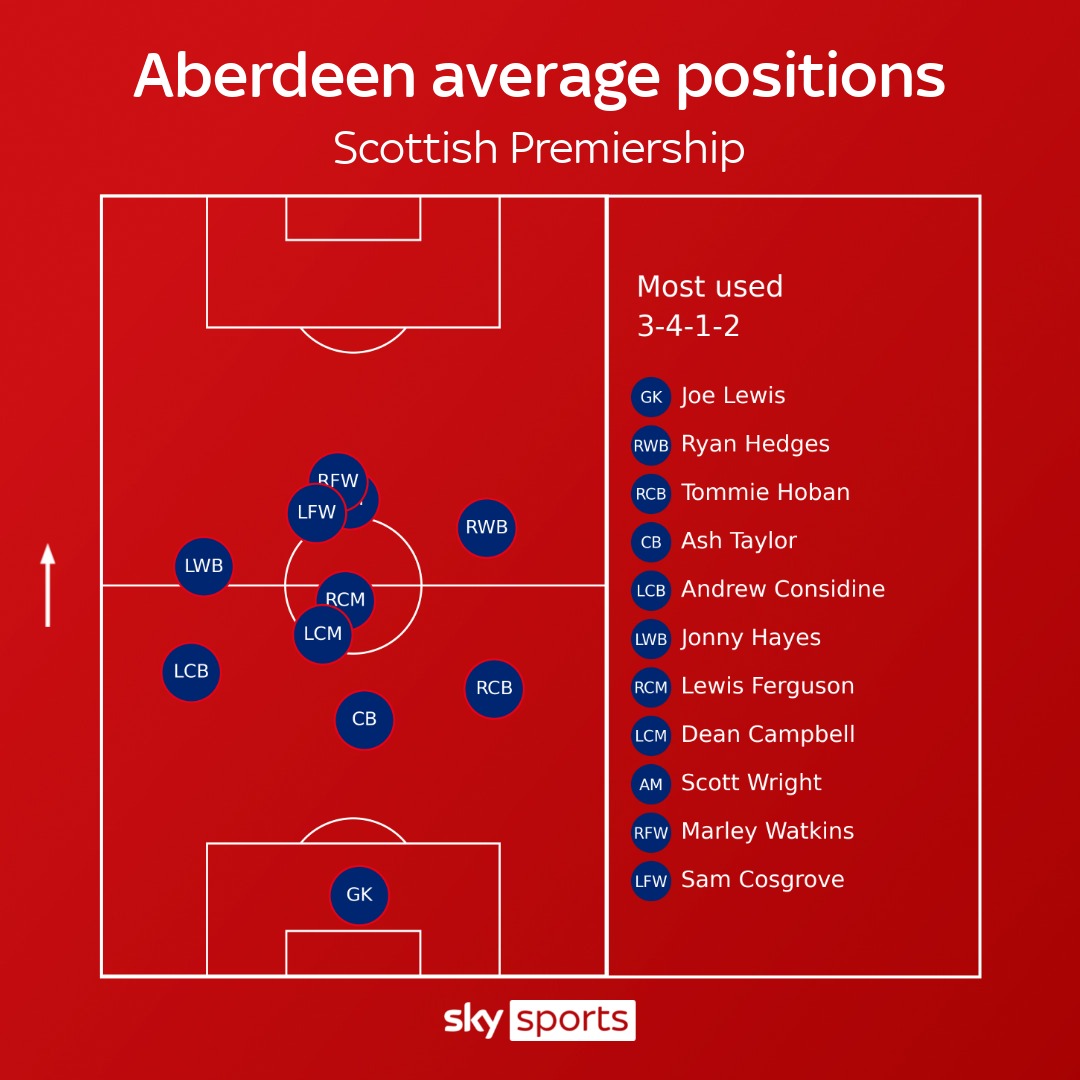 What was billed as "the season of seasons" ultimately turned into a calamity from start to finish.

Mistakes on and off the park claimed a manager, spelled the end for an iconic captain, destroyed reputations of established players, and tarnished the legacy of the outgoing CEO.

Perhaps complacency played a part; yet looking deeper at why the bid for "The Ten" fell short, the lesson learned is that successful clubs build from a position of strength. Celtic under Brendan Rodgers were an unstoppable force; once he departed two years ago, the club's authority on the pitch immediately began to wane.

Not since Martin O'Neill's arrival in 2000 have Celtic required as big a rebuild across multiple departments as they do this summer. Whoever succeeds Neil Lennon must be backed to assemble a new squad packed with talent, but particularly leaders, who can handle the heat of the Old Firm furnace. 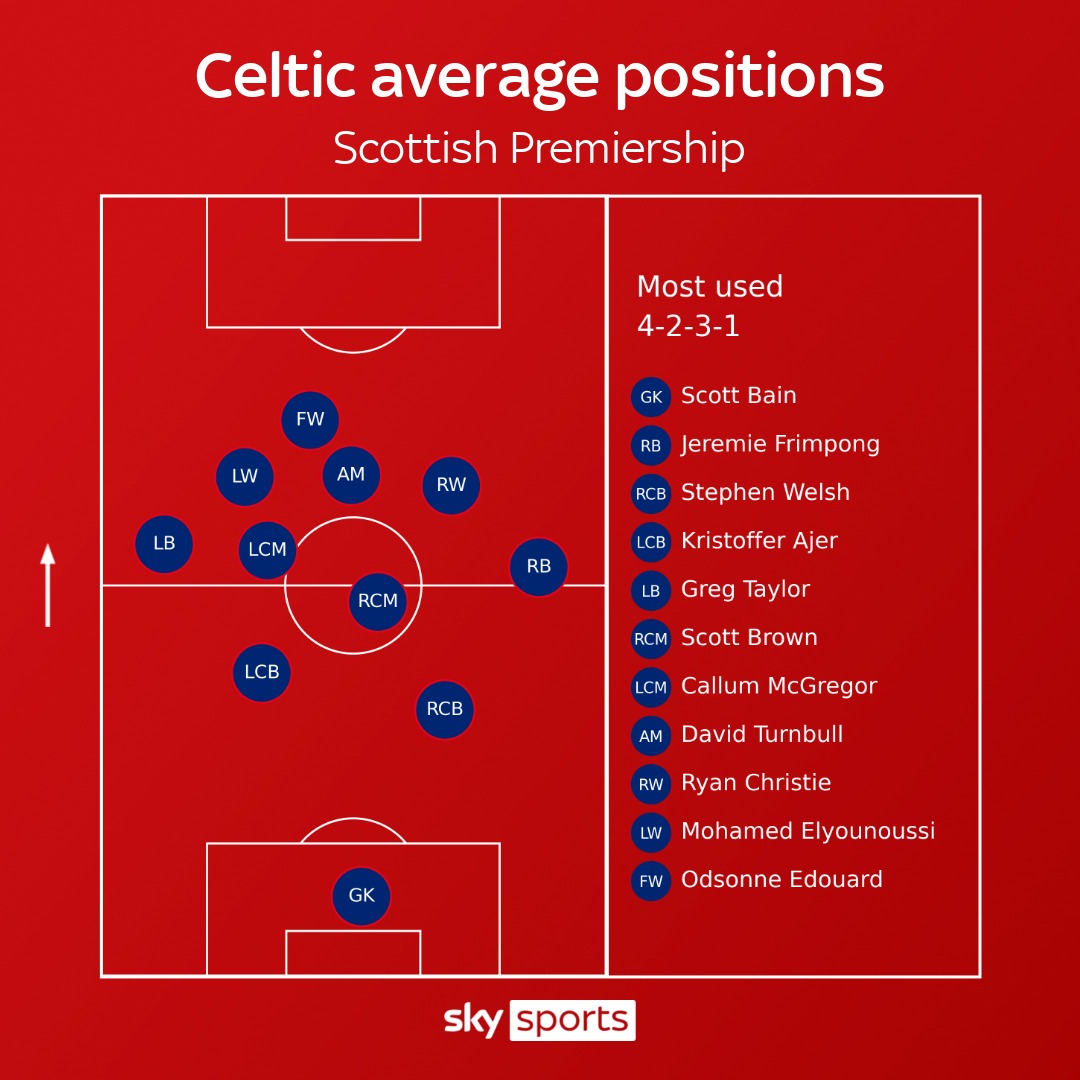 Once again Dundee United find themselves at a crossroad, despite a comfortable first Scottish Premiership season since 2015.

Under Micky Mellon they were organised and compact, without ever looking like a team that could dominate sides. This made their spectacular Scottish Cup quarter-final win over Aberdeen even more startling, while it was unsurprising that they folded quietly in the semi-final against Hibernian.

Mellon consistently preached the learning process his squad was undergoing yet his main problem was a lack of firepower. United scored the least number of goals in the division, despite fielding proven strikers in Mark McNulty, Lawrence Shankland and Nicky Clark; in another year this flaw could have been fatal.

With Mellon now moving on, United's priority must be to find a coach who can maximise Shankland's talent - assuming he doesn't follow his manager out of the Tannadice exit door. 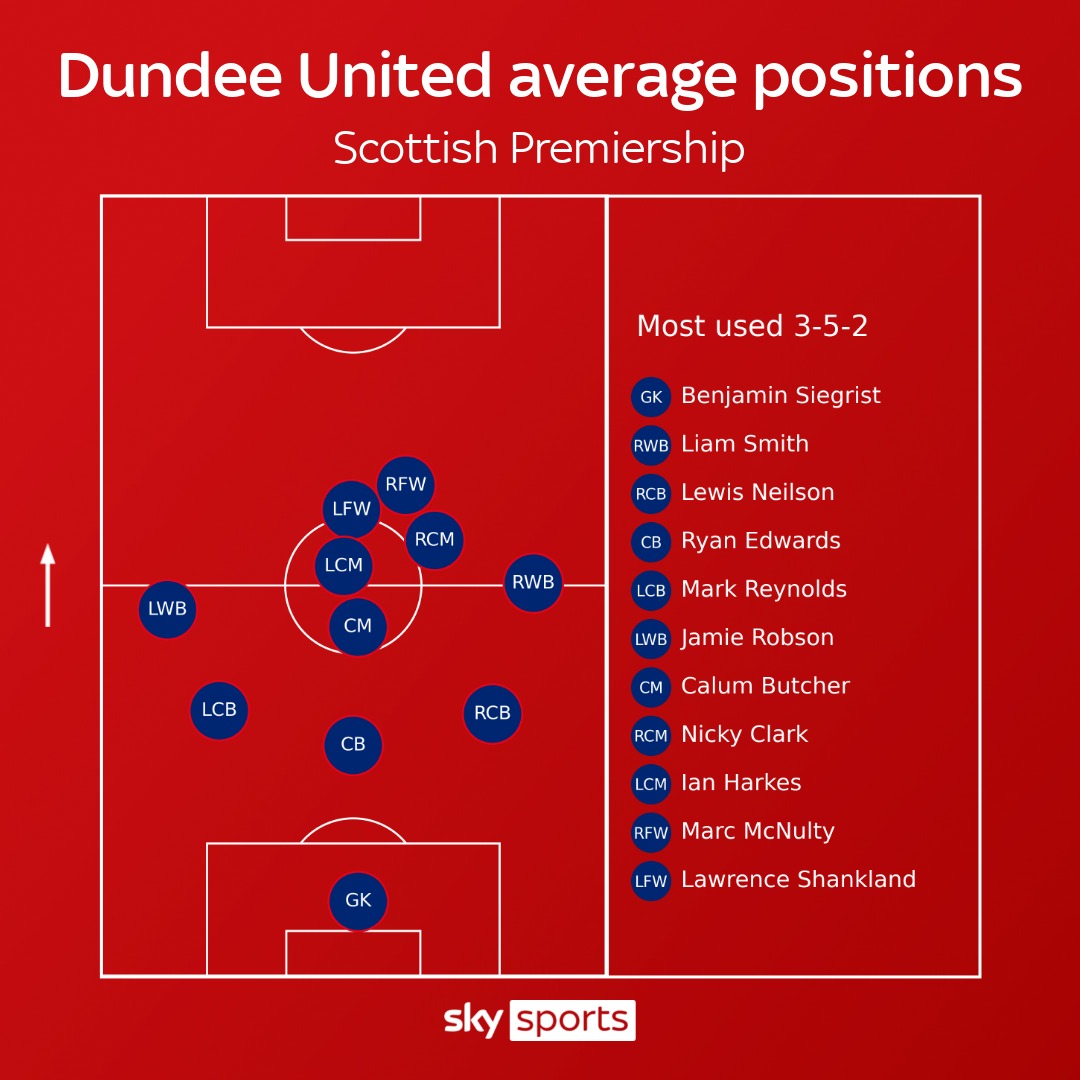 After seven seasons defying the odds in the Scottish Premiership, this was a step too far for Hamilton. They were badly affected by injuries plus Covid during the autumn and paid the price - some would say unfairly - with an 8-0 hammering at Ibrox, but battled on until the final week of the season.

Manager Brian Rice, who signed an extended contract in the midst of the relegation battle, will have the chance to remould his young squad in the Championship, and with seven academy graduates starting their final league game, there is clearly talent to work with.

However, the competitiveness of Scotland's second-tier means it will be extremely challenging for Accies to make an immediate return to the top flight. 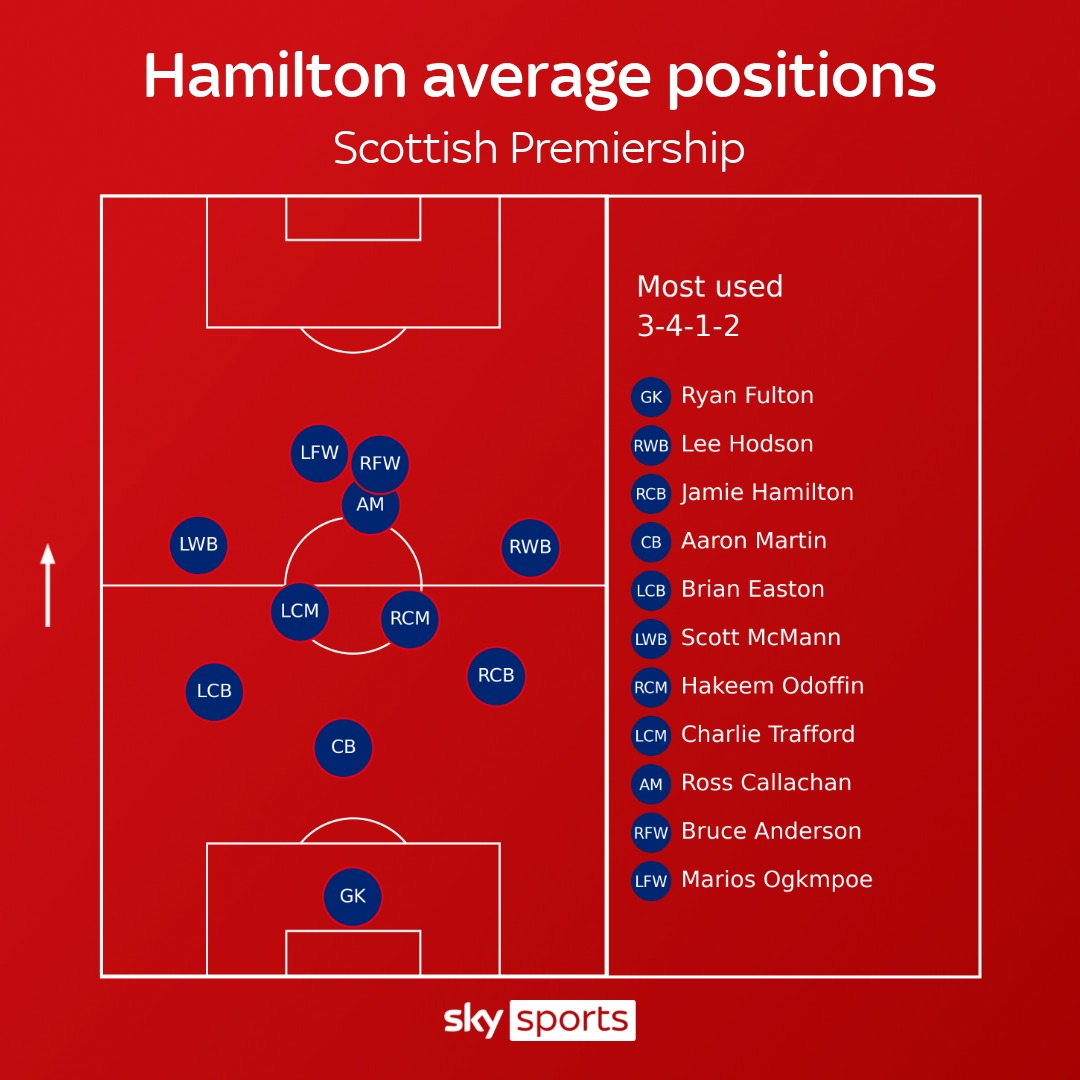 Third place and a cup final would normally indicate Hibernian were the best of the rest in Scotland, but defeat to St Johnstone in the Scottish Cup final will hurt for a long time to come.

It was their third defeat at Hampden in their last four visits, and for all the impressive football they have played this season, the fact remains Hibs had a golden chance to win three trophies in the last six months, and blew every opportunity.

Jack Ross has made great strides with his squad, which is thinner than he'd perhaps like but undoubtedly now the strongest outside the Old Firm. An extended European run will be tricky now, but Hibs will undoubtedly be best placed to push Rangers and Celtic closest in domestic competition.

What will be trickier is keeping their best players - Kevin Nisbet, Ryan Porteous and Josh Doig are all being linked with moves away, and at least one of them seems certain to leave this summer. 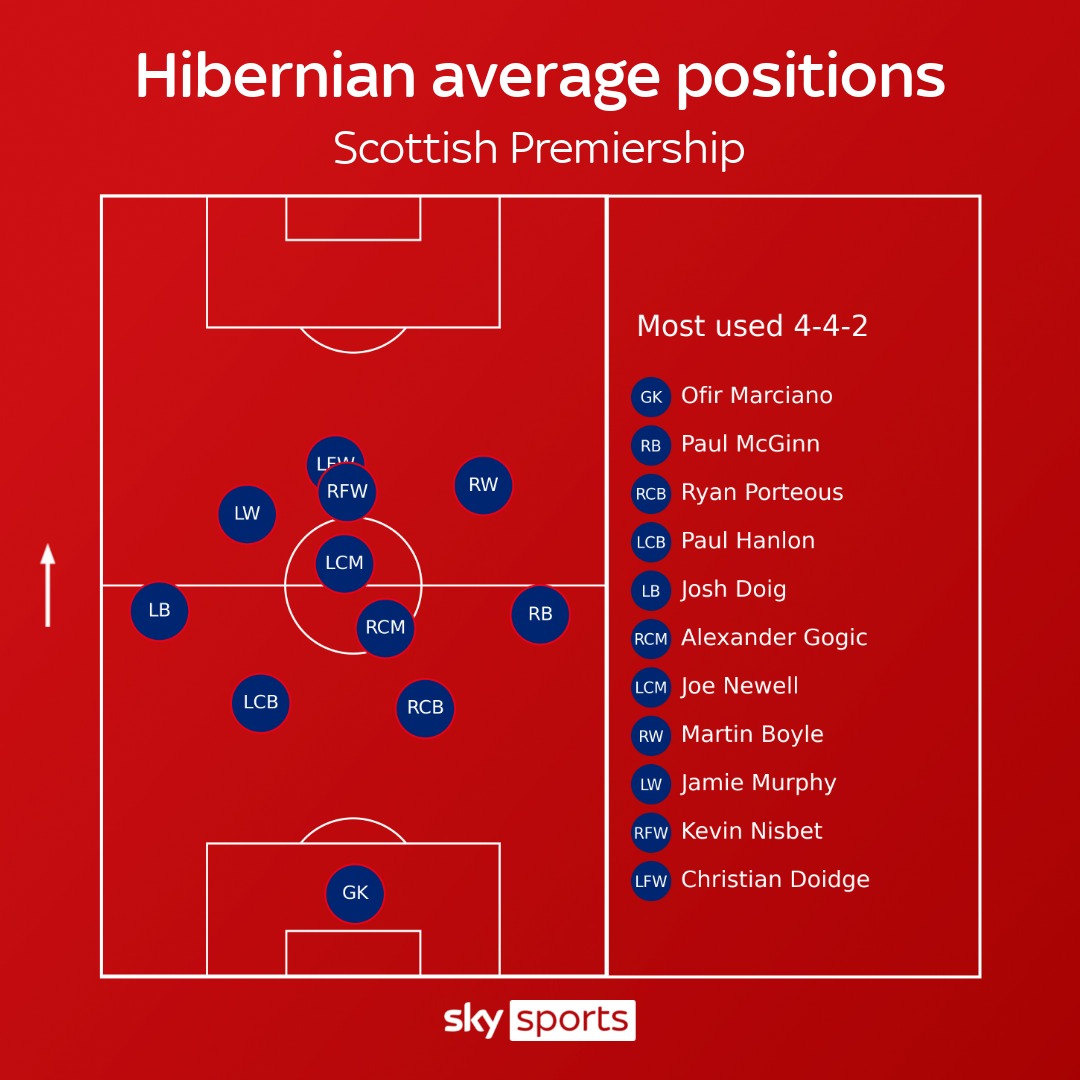 Without Tommy Wright and Kyle Lafferty, Kilmarnock's 28-year stay in the top-flight would have finished long before it did. As it was, not even they could save Killie in the relegation playoff, as Dundee deservedly won both legs to secure the final spot in next season's Premiership.

Alex Dyer's reign as manager was short-lived and plagued by inconsistent performances. Wright's arrival brought energy and, thanks to Lafferty, plenty of goals - yet when it mattered in the play-off he was nullified, as Kilmarnock's defence fell apart.

How a squad packed with so much experience could land itself in so much trouble is a mystery, but Wright can start with a clean slate in the Championship. Bouncing back immediately will be tough, but not impossible. 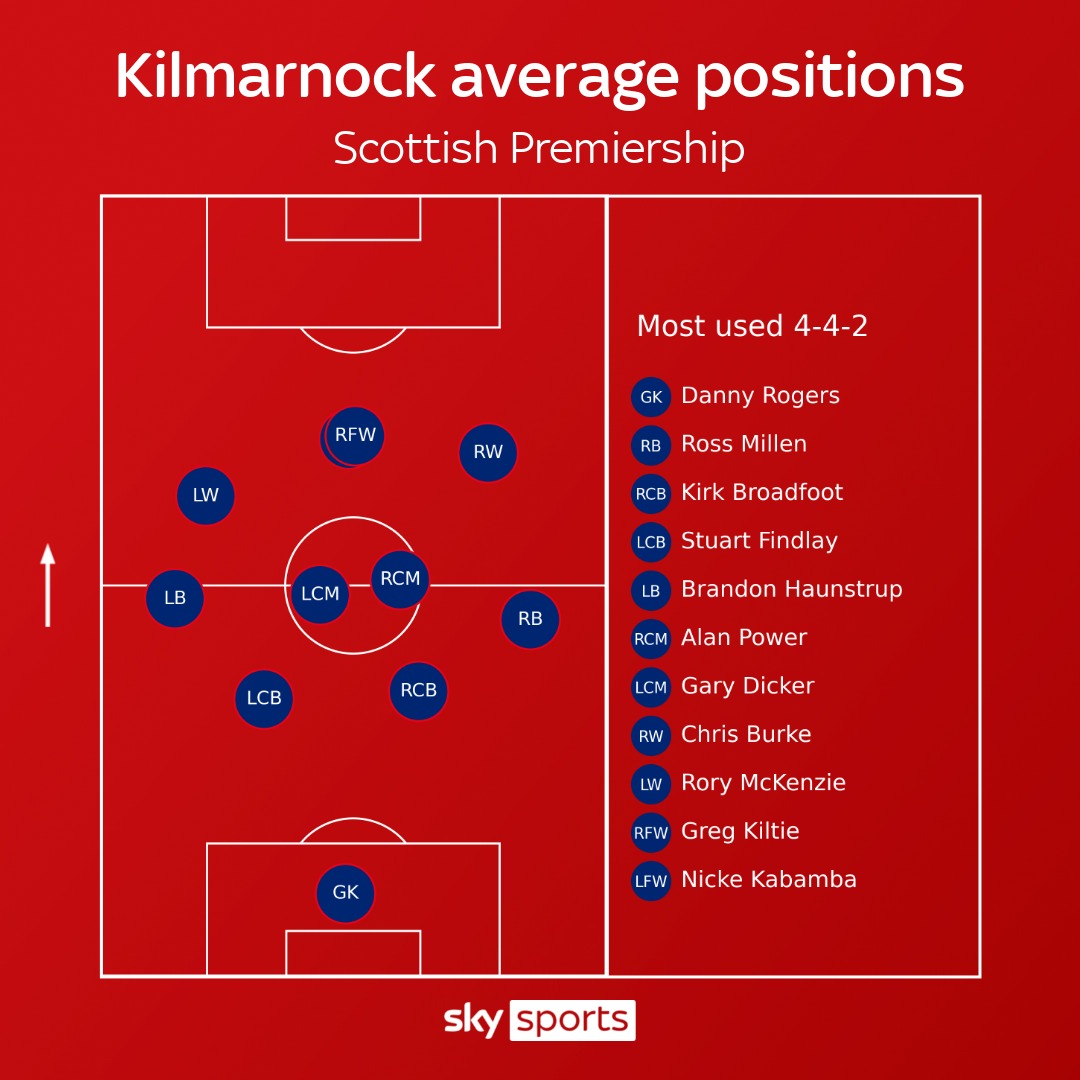 Confidence can be a funny thing in sport. When Gary Holt resigned in late November, Livingston had won just three league games and were flirting with the relegation zone. A new voice in the players' ears and it was as if a light switch had been turned on - under assistant David Martindale, Livingston went on a remarkable 14-game unbeaten run, charging up the table and reaching the League Cup Final.

Martindale's own journey, now well documented, has been a remarkable one, but his enthusiasm and tactical innovations rubbed off on his players, who once again defied expectations to finish in the top six for a second successive season.

The challenge for Martindale and Livingston next season is to maintain that progression and keep pace with their wealthier rivals around them. 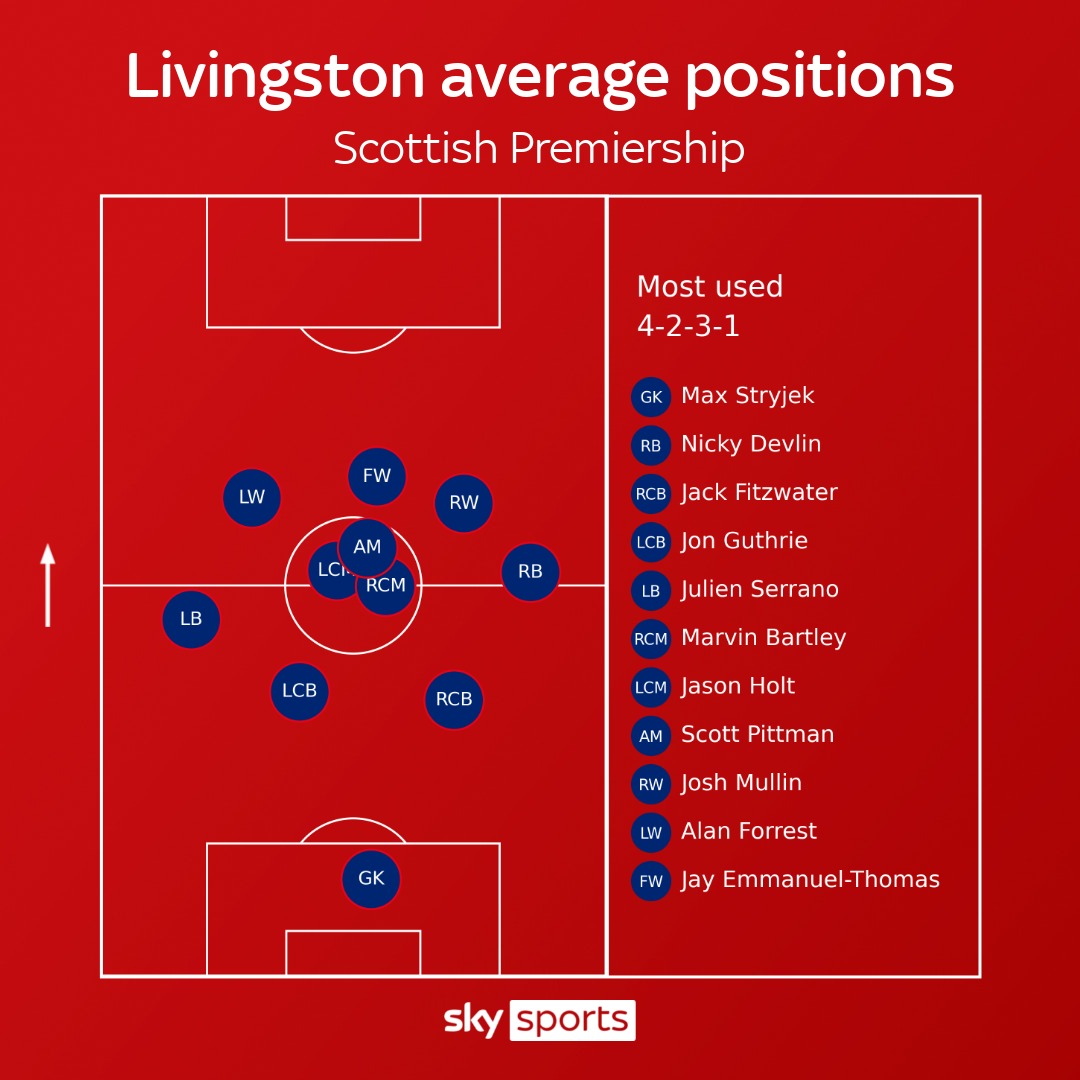 It was a season of transition at Fir Park, with Motherwell never completely clear from the relegation fight, but always looking like they had enough to survive.

After four successful seasons, including two cup final appearances, Stephen Robinson hit a glass ceiling on New Year's Eve and walked away, with former Scotland defender Graham Alexander proving to be a shrewd replacement as he guided the team to eighth in the table.

Replacing departing talent while encouraging young talent on a budget is the prime remit of any Motherwell manager - this summer Alexander must find a way to plug the gaps left by Declan Gallagher and Allan Campbell.

If he can do that successfully and utilise his contacts to find some gems in English football's lower leagues, his side can aspire to look up once more, rather than down. 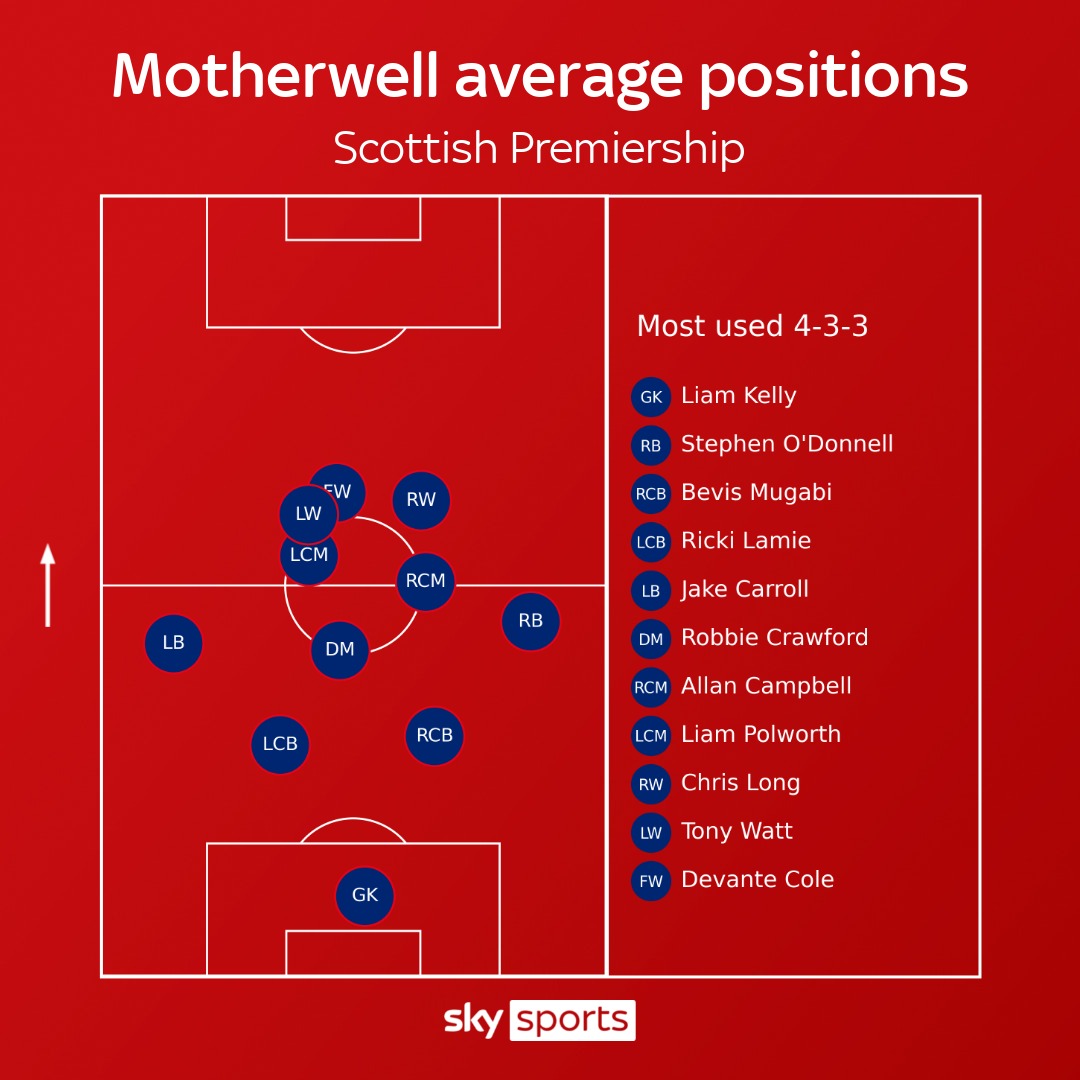 What a difference 12 months makes. Rangers' final domestic fixture before Covid-19 struck was a home defeat to Hamilton last March; Steven Gerrard's team have won every league game they have played at Ibrox since.

Victory over Aberdeen ensured an unbeaten league campaign as records tumbled in the process, with the only real regrets being two disappointing cup defeats.

This season was the culmination of three years of graft and a lot of investment to bridge the gap to Celtic, and Gerrard feels this team can improve further, but it will be fascinating to see if the consistency level of results can be maintained.

The return of supporters will add an interesting dimension; Rangers' players buckled at times under the weight of expectation as Celtic marched to nine-in-a-row, and the feeling persists that this squad made the most of playing in empty stadia.

Champions League football is also an enticing proposition, and "Fortress Ibrox" could become completely impregnable if Rangers kick on and improve once more in the coming months. 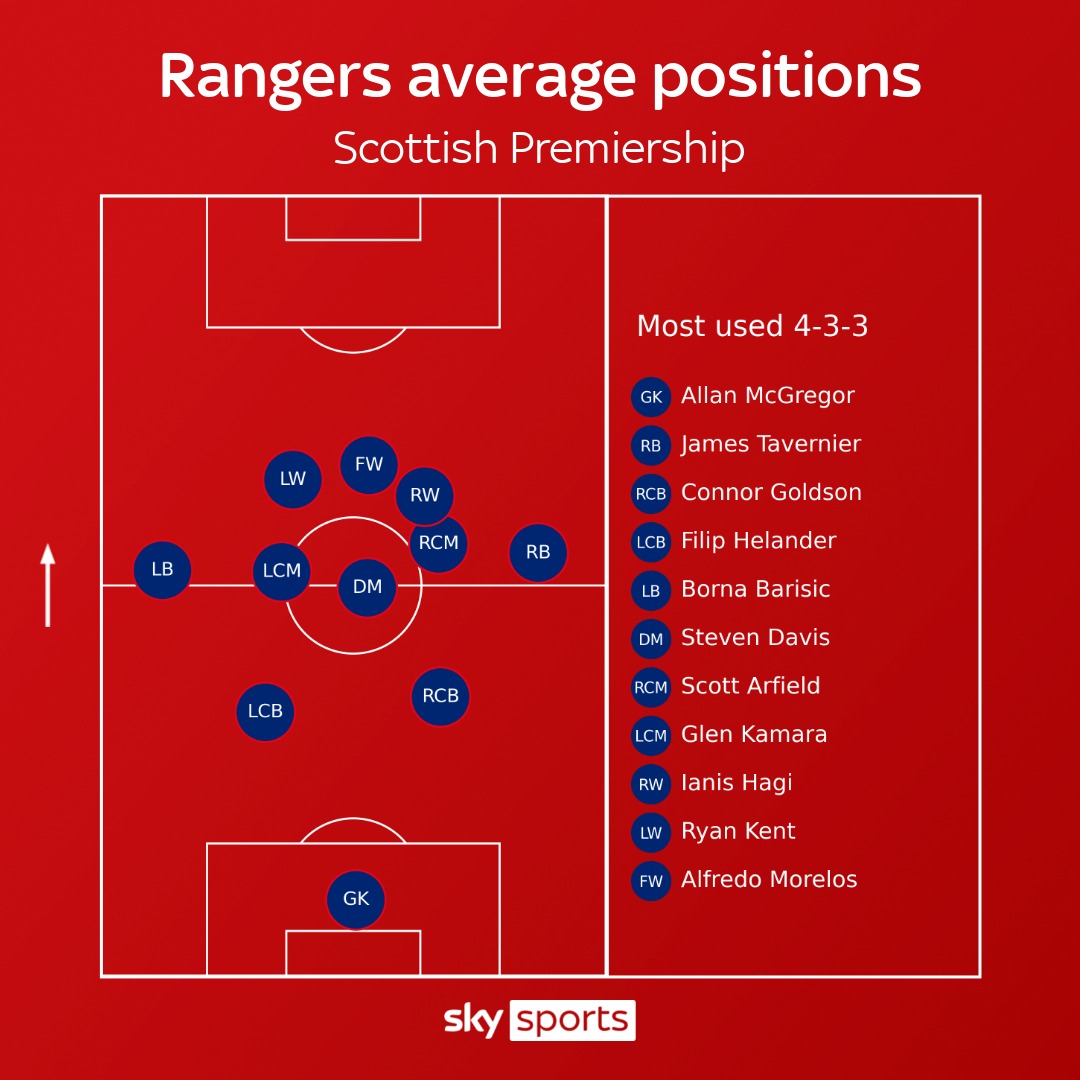 After Stuart Kettlewell's sacking just before Christmas, Hughes energised a squad incapable of scoring goals, and inspired them to climb out of trouble with some spectacular results. Now that he has chosen to move on, County must start again with Malky Mackay.

Victory over Celtic in February signalled the end for Neil Lennon, while Hibernian and Aberdeen were also beaten, but losing as many games as they won meant County had to fight until the final day to ensure survival.

Mackay must find consistency in results as well as performance next season to avoid a repeat of this year's struggles - a regular goal-scorer would help greatly with that. 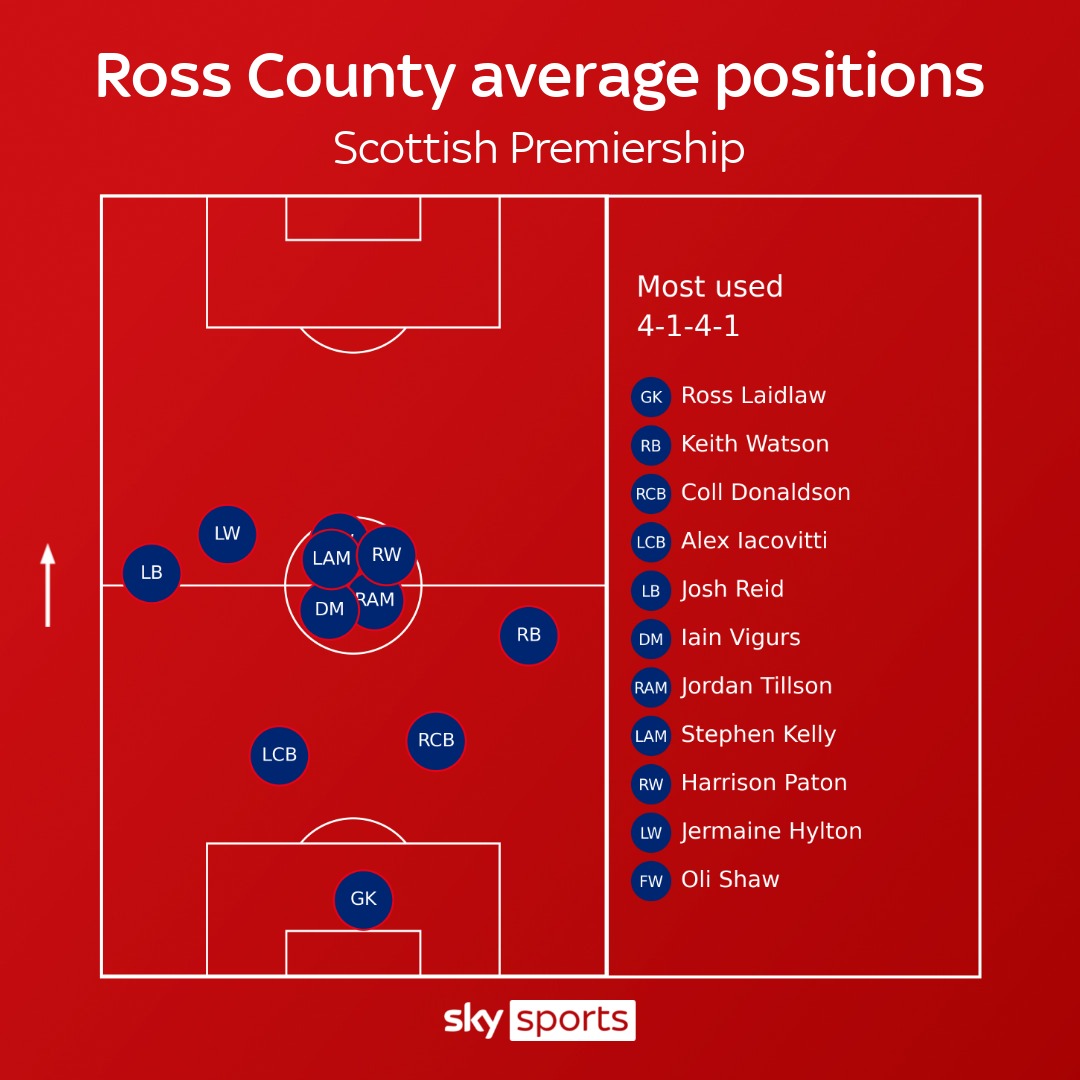 Callum Davidson has taken just one season to become the greatest manager in the history of St Johnstone.

After assisting Tommy Wright to win the club's first major trophy in 2014, the former Scotland full-back succeeded Wright and, after a slow start, his team hit their stride and won the League Cup for the first time with victory over Livingston at Hampden.

A top-six finish followed, but this was capped by knocking Rangers out of the Scottish Cup at Ibrox as St Johnstone reached the final, before they completed an historic double against Hibernian, despite battling Covid issues in the build-up.

The first club outside the Old Firm to win both cups in the same season since Aberdeen in 1990, St Johnstone are now within touching distance of group stage European football.

Whatever happens next, Davidson and his team are guaranteed immortality in Perth - the only question now is how long they will stay together. 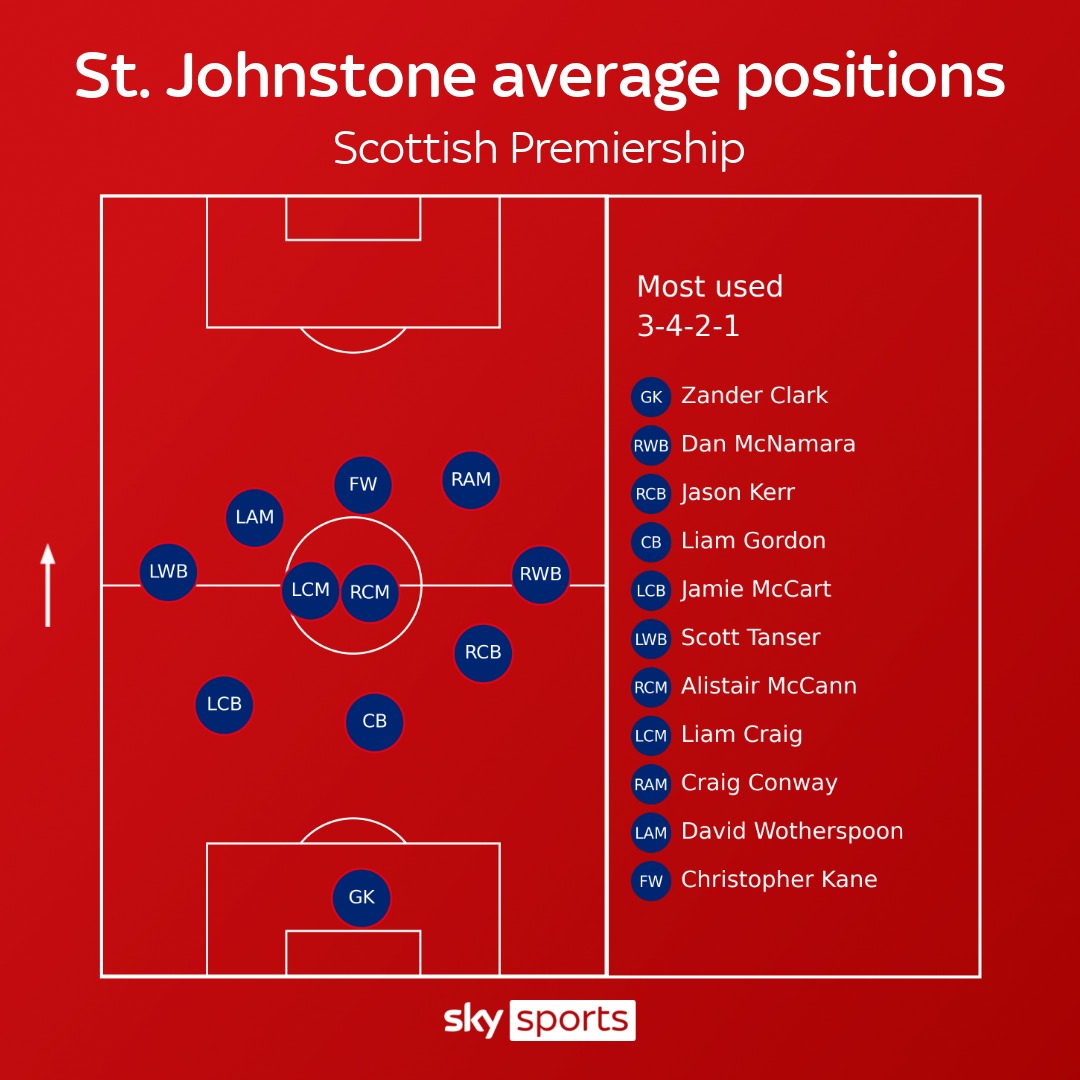 Supporters in Paisley will spend the summer casting envious eyes towards Perth, after St Mirren fell agonisingly short of three major steps forward. For all that St Johnstone achieved, St Mirren could have matched it.

Two cup semi-final defeats stung - especially in the League Cup after they had inflicted Rangers' first defeat of the season in the quarter-finals. St Johnstone pipped them to a top-six place after a late goal in the final minutes before the league split, and then rubbed salt in the wound with victory in the Scottish Cup semi-final.

For a team that narrowly escaped relegation to the third tier four years ago, progression has been swift, and Jim Goodwin has assembled a vibrant team with some exciting young players, including Ethan Erhahon and Cammie MacPherson.

Chief Executive Tony Fitzpatrick famously predicted St Mirren could finish fourth; next season the team need to back up those ambitions. 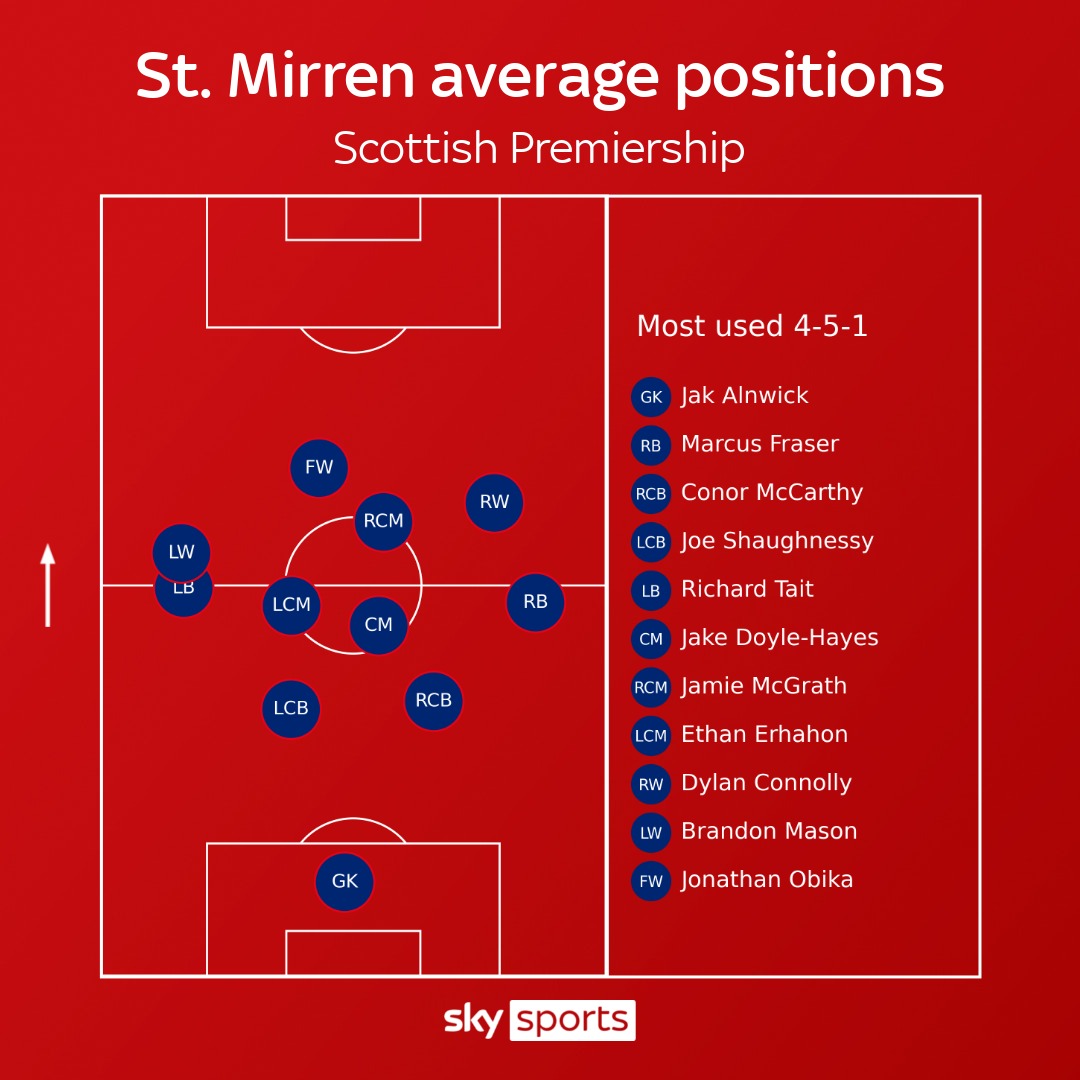