Callum Davidson: "In 2014 we got quite a lot of interest in players and rightly so, they deserved it: all the praise, all the plaudits, all the interest. Probably the biggest challenge next season is getting a squad together, we might lose a few." 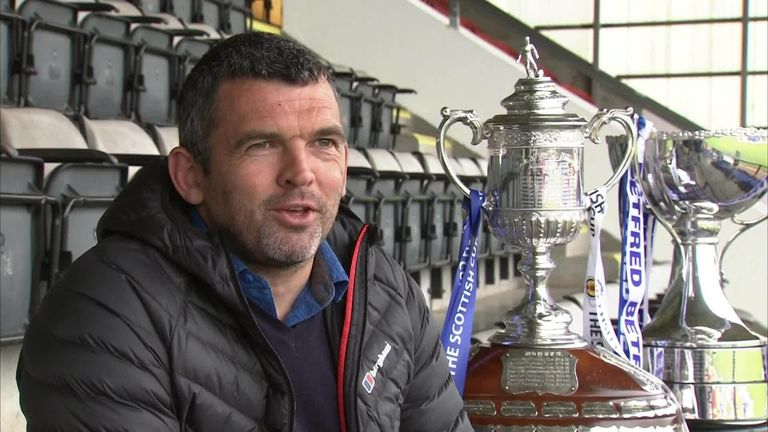 St Johnstone's double-winning manager Callum Davidson admits he is expecting transfer interest for his players after they won the League Cup and Scottish Cup.

St Johnstone manager Callum Davidson says his thoughts have already turned to next season when he expects offers to come in for some of his players.

The Perth side completed a domestic cup double on Saturday when they beat Hibernian 1-0 at Hampden Park to win the Scottish Cup final, having already picked up the Scottish League Cup in February.

Saints last won the Scottish Cup in 2014, with that victory prompting interest in their squad, something Davidson is braced for again this time.

"In 2014 we got quite a lot of interest in players and rightly so, they deserved it: all the praise, all the plaudits, all the interest," he told Sky Sports News.

"Probably the biggest challenge next season is getting a squad together again, we might lose a few.

"Some players have come in, like Glenn Middleton [on loan from Rangers]. He has really enjoyed being part of a success story."

Despite enjoying such a successful season, Davidson insists he will have no problem motivating himself for the 2021/22 campaign.

"I'll go back again and I'll want to win the next game I play. My focus is already shifting towards pre-season and the European ties," he added.

"You just do the best you can do and hopefully you get seasons like this. 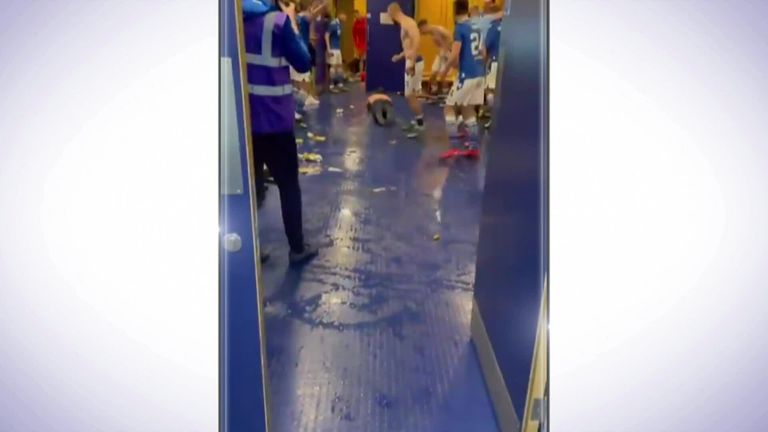 "If we don't get another season like this, it will be probably be my greatest memory."

Although his players made the headlines on the pitch it was their manager who found himself in the spotlight off it.

Davidson was caught on camera sliding head-first on a trail of champagne through the St Johnstone dressing room after the Scottish Cup win before crashing into a door at the far end of the room.

"Let's call it the champagne slide rather than the belly flop!" he said. "I blame (coach) Steven MacLean, he egged me on to do it, although I didn't take much persuading.

"The only thing is, I thought the door at the end was going to open, so my head went smashing into it.

"It actually hurt but I had to get up and pretend I was alright."