The 2021/22 Scottish Premiership season gets under way this weekend and Sky Sports pundit Andy Walker looks into his crystal ball and tells us who will finish where in the table...

Most Aberdeen fans were ready for a change of manager last season when Stephen Glass arrived to take over from Derek McInnes, but will his time in the North East of Scotland be as successful? Winning a trophy and finishing second four times highlighted the team's consistency under McInnes, however, the fans were screaming for entertainment and a more exciting team to watch. Easy to say, but difficult for Glass to deliver. Christian Ramirez, Scott Brown, Declan Gallagher and Jay Emmanuel-Thomas are the key signings for the former Aberdeen man, who cut his managerial teeth with Atlanta Utd. A win over Dundee Utd at Pittodrie on the opening day of the season would immediately get the home support onside.

The unsuccessful chasing of Eddie Howe for four months means that Neil Lennon's successor, Ange Postecoglou, is currently managing the club with one hand tied behind his back. It beggars belief that such an inexperienced back four were his only choices for the Champions League defeat to Danish side Midtjylland.

Postecoglou hasn't been shy in calling out to those above him that he needs fresh faces and it'll be interesting to see how that relationship develops. The fans will support him 100 per cent, but not indefinitely. Winning is all that matters to them. 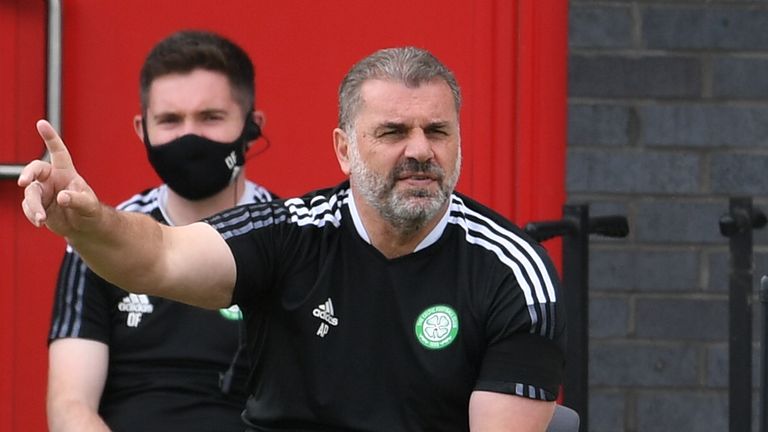 Hearts will smell blood in the season's opener at Tynecastle on Saturday night. Carl Starfelt, Kyogo Furuhashi and Liel Abada are the main signings so far, but a goalkeeper remains a priority as well. The likelihood is that star striker Odsonne Edouard will follow Kristofer Ajer to the Premier League and better recruitment is essential if there is to be a serious challenge to Rangers, league winners by 25 points last season.

It's great to have the Dundee derby back in the Scottish Premiership this season and manager James McPake will be keen to make his mark here. Winning both legs of the play-off final against Kilmarnock was very impressive and they start with a home match against St Mirren. 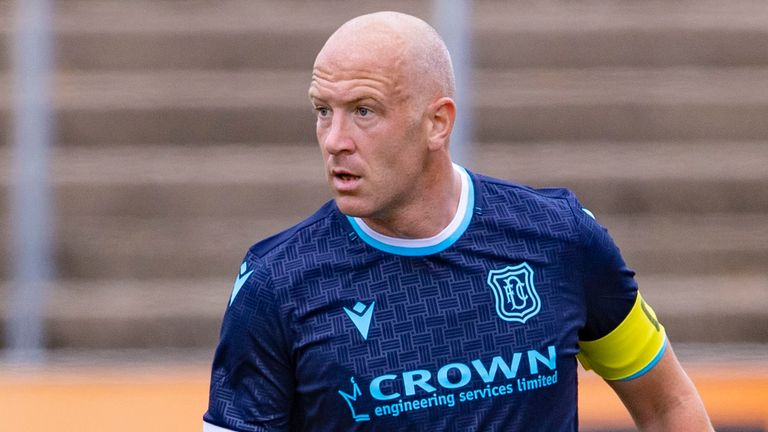 Dundee captain Charlie Adam talks about the club's targets during the new Premiership season, taking inspiration from cup double winners St Johnstone and looks ahead to the Dundee derby

The much-travelled striker Cillian Sheridan has returned to Scotland from Polish side Wisla Plock, as well as Paul McMullan from neighbours Dundee United. Perhaps the key to Dundee's best hopes of survival will lie with Charlie Adam. He still has magnificent ability on the ball and a wonderful range of passing. Given time, he can still influence most games. Can Jason Cummings make his mark in the top flight again? Formerly of Hibs and Rangers, this is a chance for him to score regularly and show everyone how good he can be.

Tom Courts has taken over from Tranmere Rovers-bound Micky Mellon and it will be his job to push and promote the young players at the club that everyone has high hopes for. Kai Fotheringham, Kieran Freeman, Lewis Neilson, Kerr Smith and Darren Watson all had a taste of the Premiership last season under Mellon and I imagine even more will get their opportunity under Courts. 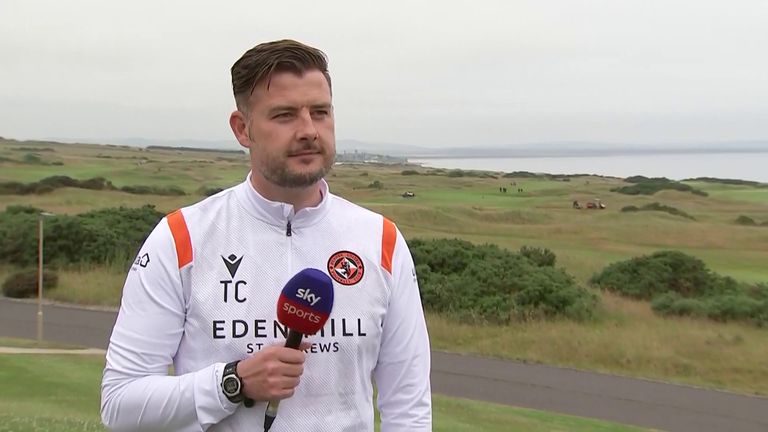 United will be tested to the full on the opening day when they travel to Aberdeen, where Charlie Mulgrew will provide much-needed experience. Will Lawrence Shankland stay? It'll be a big boost to the club if he's still a United player after the transfer window closes as he's got the ability to score more regularly than he did last season.

Like Dundee, it's great to see Hearts back in the top flight and the return of the Edinburgh derby. Normally, promoted sides give the idea that they'll be happy to consolidate in their first season back, but Hearts have been bold in saying that at the very least, a top-six finish is their aim. 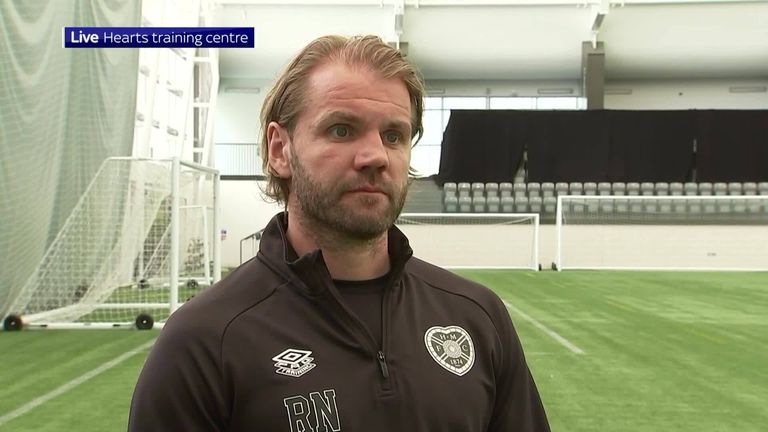 Robbie Neilson managed to secure promotion at the first time of asking, but there's no doubt some supporters didn't enjoy the style of play. Midfielder Beni Bangingime has signed from Everton on a three-year deal and much is expected of the 22-year-old. Steven Naismith and Christophe Berra are notable absentees, with Naismith now on the coaching staff. A fit-again John Souttar would be a big boost in their hopes of making their mark again.

Jack Ross will have been happy with leading his team to third spot last season, qualifying for Europe and reaching a cup final. But, as always, both he and the fans will be looking for more. Losing the Scottish Cup final to St Johnstone was a massive blow and the fans are desperate for their club to lift a trophy again.

On their day, they can certainly compete with anyone. Jack's prolific front three of Kevin Nisbet, Christian Doidge and Martin Boyle has been supplemented by the signing of Chris Mueller from Orlando. Jake Doyle-Hayes has also arrived from St Mirren and should improve their options there. Ryan Porteous should have learned a great deal after playing consistently last season and I'm expecting to see a more disciplined and effective player this season.

It was one of the great success stories from last season to see Livingston finish in the top half of the table. With the departures of Jay Emmanuel-Thomas, Scott Robinson and Efe Ambrose, to name just a few, there's been a big turnaround in players in west Lothian. 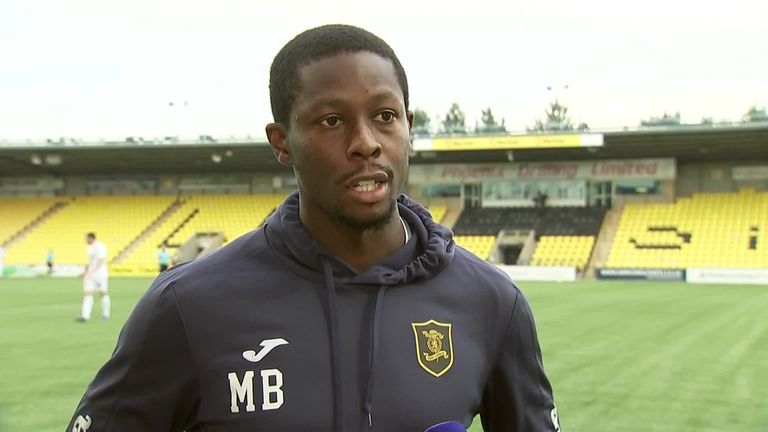 Amongst others, manager David Martindale has brought in Bruce Anderson from Aberdeen and Andrew Shinnie from Charlton and it's their home form on the only remaining plastic pitch in the league that sets them apart from other clubs with similar resources. Four of the opening six games of the season are against the top four of the last campaign, it doesn't come much harder than the curtain-raiser against Rangers at Ibrox.

I saw Graham Alexander's side win comfortably last weekend against Annan Athletic, but it'll be a much bigger test to go up against Hibs in Sunday's opening league game at Fir Park. Declan Gallagher, Charles Dunne and Alan Campbell are significant losses from their first team of last season and I just wonder what type of consistency I can expect from my old club this season. 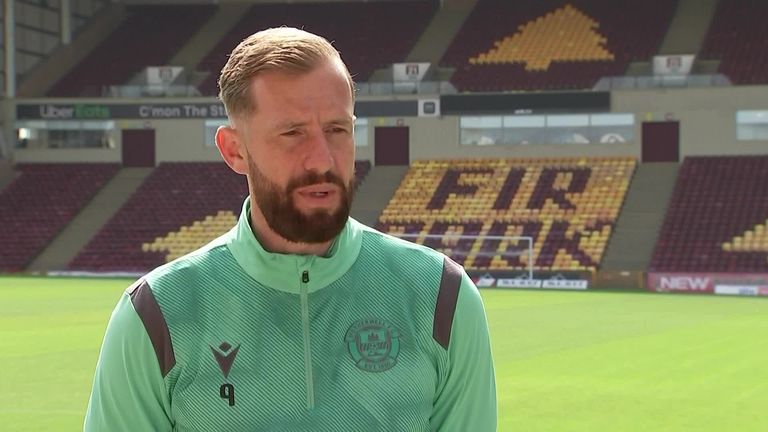 Callum Slattery has arrived from Southampton, Liam Kelly's loan move from QPR is now permanent and my first look at Kaiyne Woolery and Justin Amaluzor last weekend was promising. Kevin van Veen worked hard upfront and I'm pleased Conor Shields has been given a wonderful chance to shine in the top flight following his move from Queen of the South.

Steven Gerrard, his coaching staff and practically all his players were magnificent last season. To go through the entire league campaign undefeated was a memorable feat and they are firm favourites to retain the title. The signing of John Lundstram from Sheffield Utd certainly strengthens their options in the middle of the park. 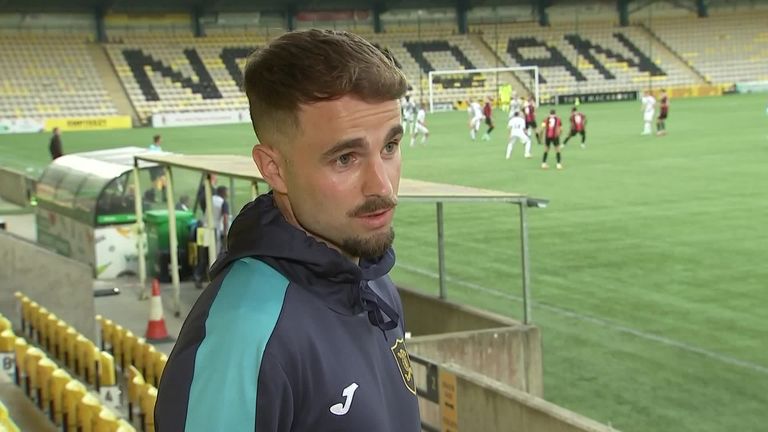 It remains to be seen whether Alfredo Morelos will still be a Rangers player beyond this transfer window, but Fashion Sakala from Oostende in Belgium is an intriguing addition. Jermain Defoe seems to be concentrating on his new role as a coach, but no doubt he'll contribute the odd goal or two. The experience and quality is still there to finish top.

It's good to see Malky Mackay back in club football. This is a wonderful opportunity for him. The Highland club have modest resources, but having survived last season against all odds, how much can Mackay do with his squad?

Defender Jake Vokins has arrived from Southampton on loan, Ross Callachan should be able to add some firepower from midfield and it'll be interesting to see if 18-year-old Alex Robertson can get effective game time after his loan move from Manchester City. It's a gamble to get rid of the stalwarts Michael Gardyne, Ross Draper and Billy Mackay, but the new manager will be trusted to use his knowledge of English football to lift the level of performance required for safety.

How can Callum Davidson possibly top the remarkable success story of last season by finishing fifth in the league and winning both domestic cup competitions? I doubt it's a feat likely to be repeated by such a provincial club ever again. What they must do, however, is retain their winning habit to keep them in the top half of the table. Reece Devine has been brought in on loan from Manchester United, while James Brown has made his loan move from Millwall a permanent one.

As with all clubs, who you can hold on to before the transfer window closes will go a long way in deciding if you have the players to make the difference in tight games. Jamie McGrath is that type of player for Jim Goodwin. Having rejected an offer of £300,000 from Wigan, the fear is that they will come back with an improved offer for the talented Irishman. Both Greg Kiltie and Alan Power have joined from Kilmarnock to provide cover, but it'll be a huge boost if McGrath stays.