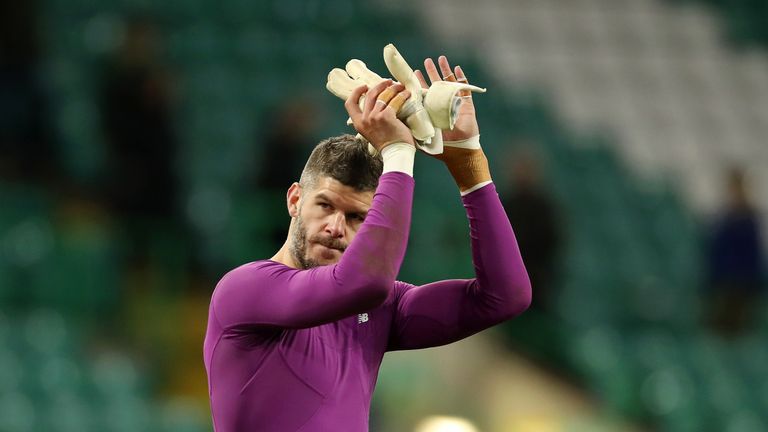 Southampton manager Ralph Hasenhuttl praises the form of Fraser Forster at Celtic but will not recall the goalkeeper from his season-long loan.

Ralph Hasenhuttl has ruled out Southampton recalling Fraser Forster from his season-long loan at Celtic.

The 31-year-old is in great form in Scotland and produced a man-of-the-match display to earn 10-man Celtic victory in the Scottish League Cup final against Rangers last weekend.

The 31-year-old goalkeeper is in great form on his return to Scotland and produced an excellent display to earn 10-man Celtic victory in the Scottish League Cup final against Rangers.

Hasenhuttl has praised the goalkeeper for his performances but insisted he will stick with Alex McCarthy and Angus Gunn with youngster Harry Lewis also in reserve.

"I am very happy that after his long time without playing that he gets the chance to play there," Hasenhuttl said.

"He is a fantastic goalkeeper - I always knew. But for him it was important to get the chance to play, get the games and the self confidence back. I am very happy for him.

"We have our three goalkeepers here. He is on loan until the end of the season and it is not the moment to think about that."

Southampton host fellow strugglers West Ham, with one point separating the two teams in the Premier League, on Saturday and Hasenhuttl is eager for his side a positive intent against under-pressure Manuel Pellegrini's side.

Saints won back-to-back home matches against Watford and then Norwich, but then lost from a winning position against Newcastle last Sunday.

"The analysis of the last game really hurt because we could have taken more. 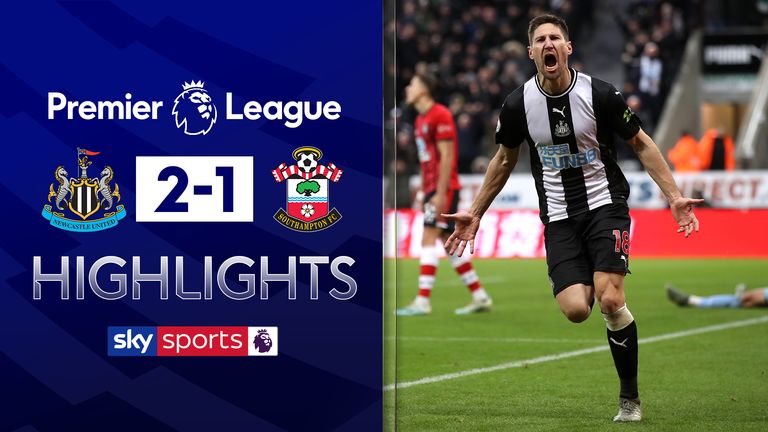 FREE TO WATCH: Highlights from Newcastle's win over Southampton in the Premier League.

"We had a good chance on a difficult ground to take something. Our performances are improving at the moment. We play much better than weeks before.

"The two good results in the home games helped us massively and now we have another home game. The self-confidence at home is also coming back but we know that West Ham is a very difficult opponent.

"We have played them twice since I was here and they took no points so far. We should stay on our track, stay on our way we want to play football and if we do this we have a chance to win at home."