The Australian joined the club this summer with the task of wrestling the Scottish Premiership title back from Rangers but Covid restrictions have hampered recruitment; watch Hearts vs Celtic, live on Sky Sports Football on Saturday July 31 from 7:30pm (kick-off 8pm) New Celtic boss Ange Postecoglou admits he has been left frustrated by delays in the club’s recruitment policy due to coronavirus.

"That's the frustrating bit - it would have been great to have those two boys in already and the other ones we are working on concluded a bit quicker.

"That's not through a lack of wanting or hard work - we're endeavouring to get there and chipping away and hopefully over the next two or three weeks we'll bear the fruit of that."

Although Postecoglou admitted a new right-back was a top priority, he wouldn't be drawn on any names, claiming the current situation meant that a number of targets were being monitored concurrently. 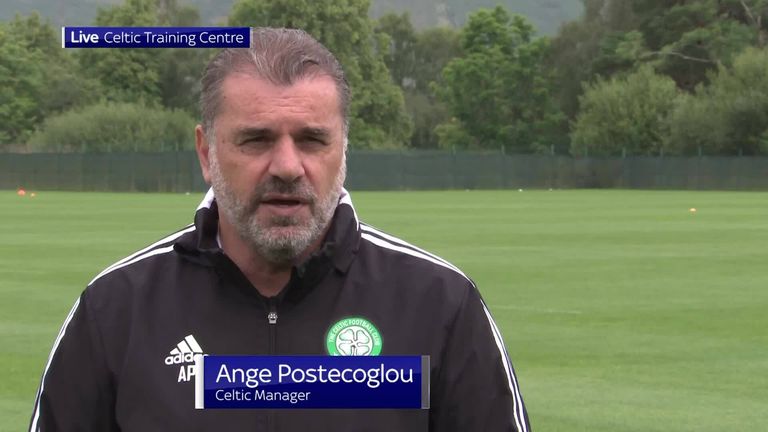 Speaking exclusively to Sky Sports News, new Celtic manager Ange Postecoglou says he and his staff have already worked through a lot of items on their to do list since joining the club.

"We've had to have multiple targets in each position because it's challenging to get deals done - whether it's because of the Covid restrictions or still fairly early in the window," Postecoglou added.

"We've got about three player names running concurrently in the positions we need because of the situation and for me it's about getting one of them into the squad and training as quickly as possible."

However, Postecoglou was quick to point out there would be no excuses when Celtic line up for their first SPFL game of the season away to Hearts next Saturday evening,

"Despite all these issues, I expect us to be ready by game one and that's what we're working towards - we're building towards that and excuses won't cut it at the end of the day," Postecoglou said.

"Whatever challenges we have, when we roll out for the first game we have to be ready to play at our best."