Scott Brown 'will always be welcome' back at Celtic, says Ange Postecoglou

Scott Brown made a total of 620 appearances for Celtic during a 14-year career at Parkhead; the midfielder won 22 major honours at the club; Brown captained Celtic to a historic quadruple treble; the 36-year-old wants to focus on his coaching career after player-coach role at Aberdeen 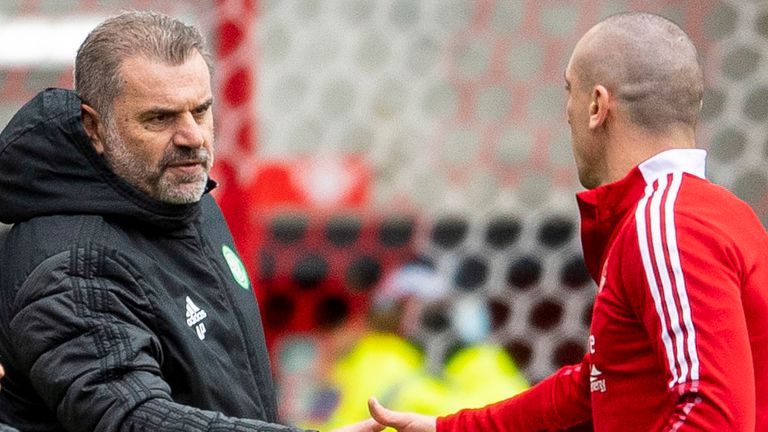 Celtic boss Ange Postecoglou says "there will always be an open door" for Scott Brown to return the club.

The 36-year-old announced on Tuesday he had left Aberdeen - just nine months after swapping Parkhead for Pittodrie.

Brown had joined the Dons as a player-coach, ending a glittering 14-year stay at Celtic, but is now looking "to focus on his coaching development". 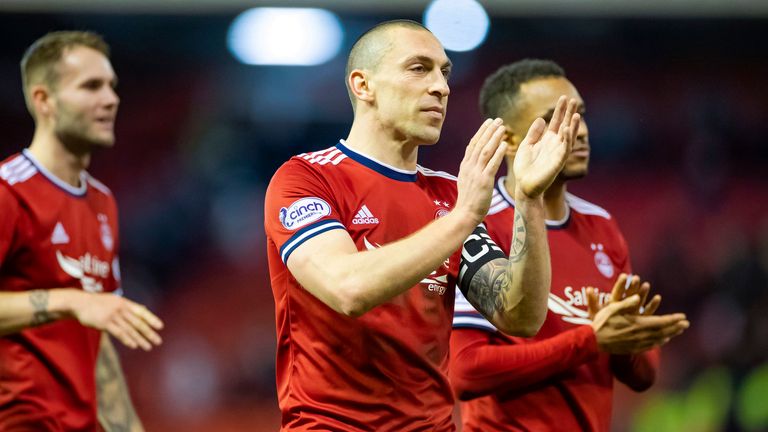 When asked about reports linking the former captain with a sensational return to Celtic, Postecoglou said: "From my perspective, I don't think anyone should be in any doubt that there will always be an open door here for Scott Brown.

"The guy is one of the legends of this football club and will go down as one of the greatest ever.

"In terms of what he wants to do with his future, he's best placed to answer that. He's obviously made a decision right now and then after that, it's up to him.

"From my perspective, he's a guy who I've admired from afar but having been here for the last nine months and hearing about him and the kind of person he was - as much a footballer - he's left a massive legacy here at the football club.

"From that perspective, whatever he does in the future I'm sure there will always be a welcome place for him here."

Brown's career started with Hibernian, but domestically is best remembered for his 14-year stint at Celtic where he captained the club to a quadruple treble.

His first season under Brendan Rodgers also saw him lead the side to an invincible season as Celtic remained unbeaten across every competition in Scotland.

The midfielder's commitment to Celtic was never questioned and speaking last May before his final game at the club, Brown revealed he turned down moves to Premier League duo Tottenham and Newcastle to remain in Glasgow.

"I had an offer from Spurs, from Harry Redknapp, but it was too soon for myself," he told Sky Sports News. 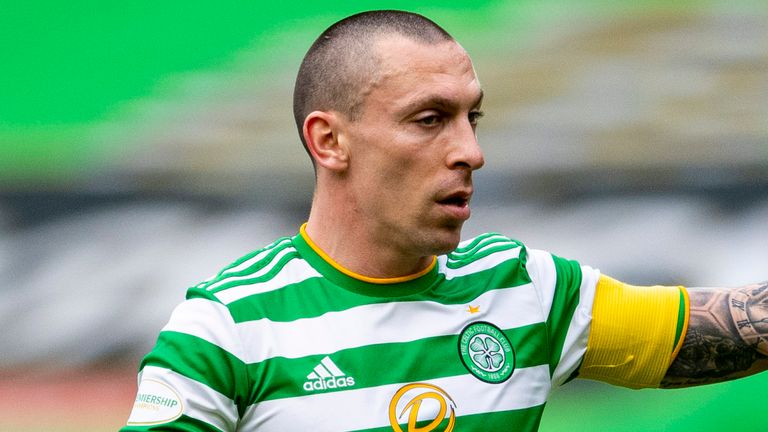 Speaking back in May 2021, Brown reveals he turned down moves to Tottenham and Newcastle United

"I think I wanted to come to Celtic, I wanted to enjoy it. I was starting to really enjoy my football at the club and they put a lot of faith into me, especially during hard times as well, and they stuck by me so it was great to give a little bit back and Neil was the manager at the time.

"I had an opportunity to go to Newcastle and I was out of contract but Lenny was like: 'I want to keep you as captain, I want to build the team around you, I think we can push on and keep this winning mentality going'.

"That was the little bit of fight inside me that I wanted to prove everybody wrong and it's stuck by me for the last 10-11 years.

"There have been a lot of people writing me off and I want to show people that I've still got another few years and I'll continue [thinking] like that until I retire."

Brown went on to make his 600th appearance for Celtic on December 6, 2020, however, just three months later it was confirmed he would leave at the end of the season to join Aberdeen.

He did not get the fairy tale ending he had hoped for at Celtic though with a trophyless season and his final home game played inside an empty stadium. However, that didn't stop the three same words being used after the match: captain, leader, legend.

Despite never leading the national side to a major finals, Brown had a memorable 13-year spell playing for Scotland - a journey that started in 2005 when he made his debut against the USA.

He won 50 caps before announcing his decision to quit international football in 2016 to focus on his club career.

That move was short-lived and he returned to the squad under his former Celtic manager Gordon Strachan months later in a bid to help lead the side to reach the 2018 World Cup.

The midfielder, who also captained the national side 21 times, then took the decision to make himself unavailable for selection after talks with then manager Alex McLeish.

What do the stats say about Brown's career?

Brown made the large majority of his appearances for Celtic, playing 620 times. He scored just shy of 50 goals for the Glasgow club.

The large majority of Brown's trophies were won with Celtic, although he did secure a Scottish League Cup title with Hibernian.

Ten of Brown's 23 trophy wins were Scottish Premiership titles. He has also won the Scottish Cup six times and seven Scottish League Cup trophies - six with Celtic and one with Hibernian.