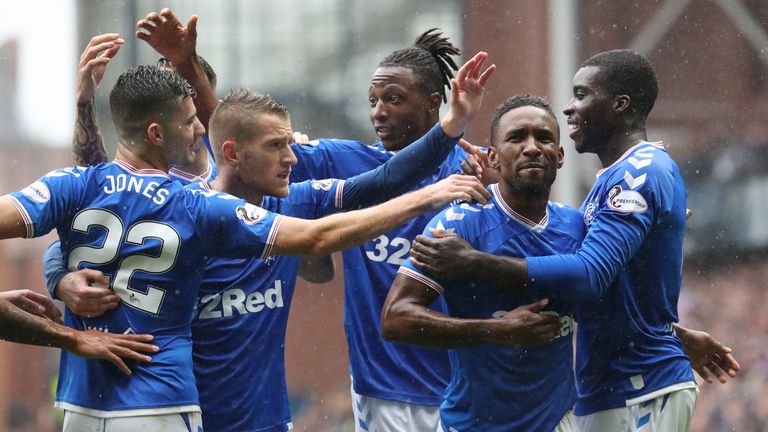 Mark Warburton thinks his old team Rangers could have the edge in the Old Firm clash this weekend.

Former Rangers manager Mark Warburton thinks Steven Gerrard's squad may have the edge going into the derby with Celtic on Sunday.

A mouth-watering Old Firm showdown is in prospect, with both teams having won their first three Scottish Premiership games of the season.

Celtic finished nine points clear of Rangers last term but Warburton thinks it may be a different story this time.

Asked by Sky Sports how he thinks Gerrard is doing, Warburton replied: "He has done a great job.

"I am delighted to see they are spending money, which they had to do to close the gap on Celtic.

"They spent wisely, the squad is stronger, and I really believe this is Rangers' title.

"You are going to have two very talented teams come together on a great stage and you will be keen to put your marker down first.

"I believe Rangers are in a really strong position.

"I think they are solid, they look strong - they have added key players - the likes of Conor Goldson have really matured in a Rangers jersey.

"I think Rangers come out on top.

"There will be ups and downs in the season but I think this is Rangers' year."

Warburton had his successes and setbacks when he managed Rangers in derby games but thoroughly enjoyed his participation in the historic rivalry.

"It is a huge fixture, a fantastic fixture, and a privilege to be involved in one of those games," he said.

"The level of passion is unlike anything I have seen down south.

"There are fanatical supporters down south, of course, but up there it is so intense - and it really is a pleasure and a privilege to be involved - a memorable game to be involved in."

How to watch Rangers vs Celtic

Rangers host Celtic in the first Old Firm clash of the season this Sunday and you can watch all the action live on Sky Sports.

Join us live from Ibrox at 11am on Sky Sports Football - coverage begins at 11.30am on Main Event - or follow our dedicated match blog online. Kick off is at 12pm.