Roofe and Ramsey will miss Rangers' next three matches with injury; the Ibrox side are away to Motherwell on Saturday, live on Sky Sports; the pair will also sit out the Europa League semi-final first leg at RB Leipzig and a potential title decider against Celtic 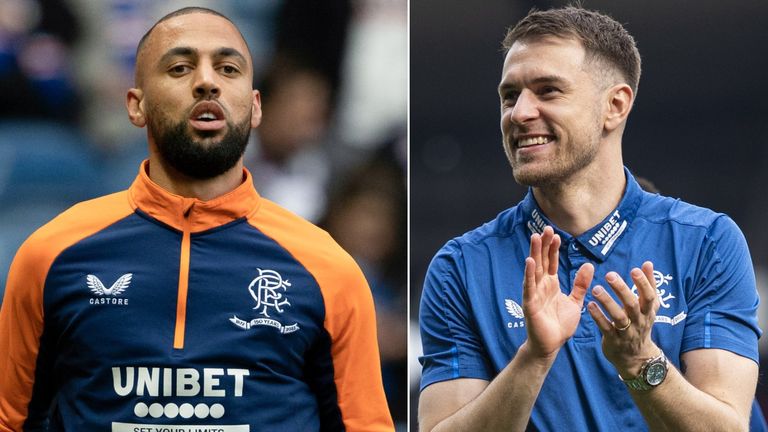 Rangers will be without Aaron Ramsey and striker Kemar Roofe for their trip to Motherwell, Europa League semi-final first leg at RB Leipzig and potential title decider against Celtic.

On-loan Juventus midfielder Ramsey was forced off in the first half of their Scottish Cup semi-final win over Old Firm rivals Celtic with a hamstring injury.

Roofe picked up a knee injury in the Hampden Park victory with both now set to miss the Ibrox side's next three matches.

Rangers manager Giovanni van Bronckhorst is hopeful to have both back in action before the end of the season.

"We have assessed him (Ramsey) this week and hopefully we'll have him back around the Leipzig home game," he said.

"We also had a problem with Kemar Roofe after the game, the next day he felt his knee and for him, it's the same and he'll be out for some weeks.

"Hopefully he'll also be back for me to pick around the Leipzig home game."

Ramsey has struggled with injury and fitness since joining from Juventus on Deadline Day.

With Alfredo Morelos' season already over, Roofe's injury leaves Rangers with limited options up front for the triple-header but Van Bronckhorst is confident they can cope without them. 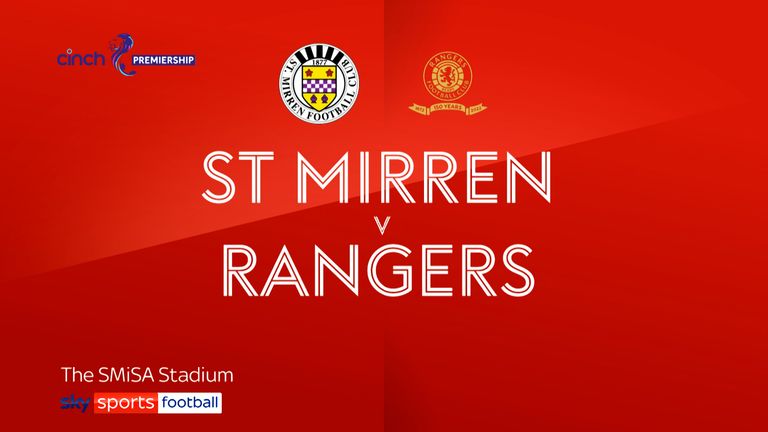 "Obviously with Morelos already out and Kemar for a couple of weeks we have less options up front," said Van Bronckhorst.

"As always we just have to go on and make sure we embrace the challenge.

"The atmosphere in the group is good and we just have to make sure we pick the best team for every game.

Fashion Sakala is now likely to start up front for Rangers and the manager has no concerns about his ability.

"I think he played well in that position in the last couple for games," said Van Bronckhorst.

"That's why you have a big squad for moments like this when players are not available and others have to step up and show their quality as well."