Jonny Hayes has rejoined Aberdeen on a two-year deal to become the club's first summer signing.

The 32-year-old was a free agent after leaving Celtic at the end of the 2019-20 season following the completion of his three-year contract at Parkhead.

"It is exciting to be an Aberdeen player again," Hayes said.

The Republic of Ireland winger's arrival comes after chairman Dave Cormack confirmed the club have offset half of their predicted £10m losses amid the coronavirus pandemic.

"I appreciate it is a tough time for the club given the current climate with COVID-19 but everyone wanted to make it happen," he added. 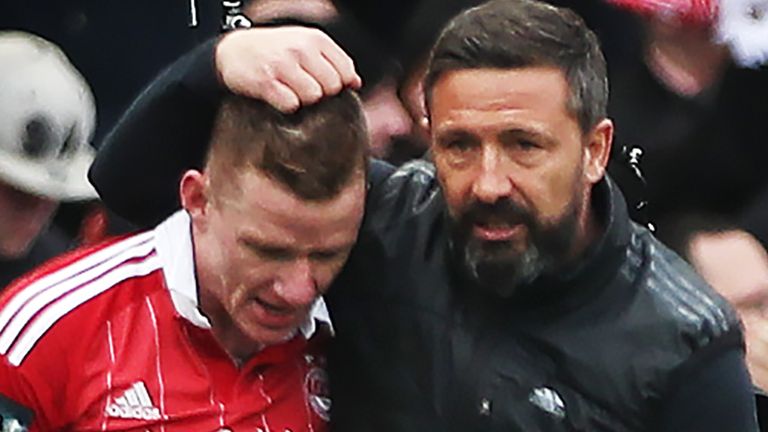 "I was more than happy to play my part by foregoing some financial gain and I am just thankful it was concluded positively.

Hayes was also a target for Dundee United but he has opted to reunite with former manager Derek McInnes, who praised the player's "financial sacrifice" to make the deal happen.

"We sold Jonny to Celtic three years ago and he was a key player in our team, but he returns undoubtedly a better player for his experiences and will provide excellent cover in the left-sided area of the pitch following Greg Leigh's departure," McInnes said of Hayes, who was named in the PFA Premiership team of the year in 2015-16 and 2016-17.

"I can't wait to see him perform in our team once again."