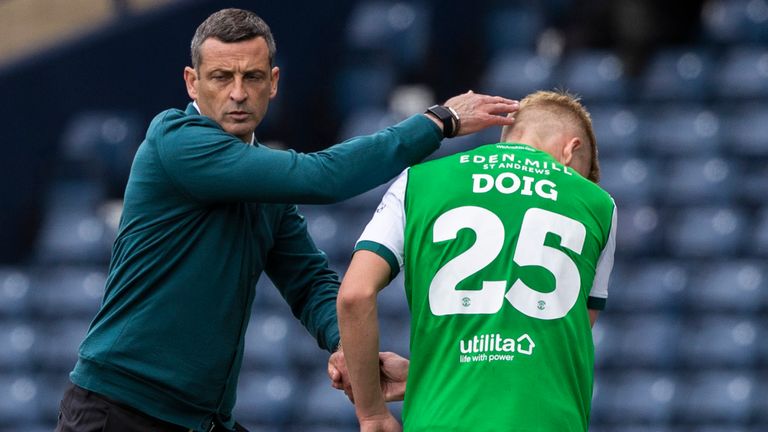 Jack Ross has told Sky Sports Hibernian left-back Josh Doig is set to leave the club in the coming weeks.

Doig was left out of the Hibs squad for Sunday's game against Motherwell.

Hibernian head coach Ross said there is strong interest from various clubs and he expects movement soon regarding Doig.

Sky Sports News understands Watford are in pole position to sign the defender while Celtic, Arsenal and Chelsea have also been linked with the exciting 19-year-old.

Speaking to Sky Sports ahead of Sunday's game, Ross said: "My understanding is that it is highly likely Josh will move from the club.

"We have to prepare for that eventuality - it looks like that will happen soon.

"There has been strong interest, that I think the club are trying to finalise this week, one way or another.

"I don't think it has been a brilliant situation for Josh - he is a young man who has only just turned 19 years old and it's a lot to deal with.

"I think for us and him it is better if we draw it to a conclusion, one way or another.

"Obviously I would be delighted if he was still part of our club but it looks most likely he will move on.

"For me as a manager you would like that to have been dealt with earlier - but we are fortunate to have another excellent left-back in our squad in Lewis Stevenson."

Doig, who is contracted to Hibs until 2023, made his first-team debut at the start of last season and impressed with his performances.

He has represented Scotland at U18 level.