Martin Boyle scored 14 goals for Hibernian this season; the Scottish Premiership club have included a buy-back clause in the deal with Al-Faisaly; Boyle: "Hopefully in the future I can return one day" 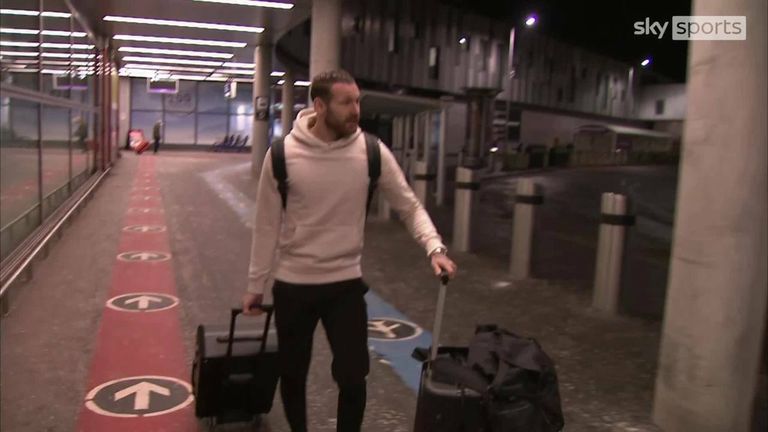 Hibernian have included a buy-back clause as part of the deal to sell Martin Boyle to Al-Faisaly.

As part of the agreement, the Saudi Arabian club must notify Hibs if they ever intend to sell Boyle to another British team.

The financial terms of the offer received for the Australia international would have to be disclosed to the Premiership side, who would then decide whether to match the offer, or let Boyle move to another club.

The 28-year-old's move came after a third offer from Al-Faisaly worth around £2.5m plus add-ons after bids of £500,000 offer in December then £2m earlier this month were rejected.

Boyle, who was in the stands for Thursday's Scottish Cup win over Cove Rangers, leaves behind his wife and daughter as he heads to the Middle East in a move that will be life-changing in a financial context.

In an interview with Hibs TV, he said: "Hopefully in the future I can return one day and repay them once again. It's a new adventure for me. I'm certainly looking forward to it. But I'm hoping that if I do come back I've still got a lot to give.

"If I'm welcomed back with open arms, there's no club in Scotland I'd rather be at. You see players leaving and coming back a lot these days, so if there's anything in the pipeline, it's one I'd definitely not turn my nose up."

Hibernian CEO Ben Kensell added: "We'd like to begin by thanking Martin Boyle for everything he's done for Hibernian FC over the last seven years. He created some really special memories with us and gave everything for the supporters.

"Letting Martin go was a difficult decision to make as he's an important player for us, but equally when a player is presented with a life-changing option in front of him and makes it clear that it's an option he'd like to take, then we have to listen.

"Discussions have been on-going for a long period with Martin, and he understood our stance. We took a firm, but fair approach and he conducted himself incredibly well during what's been a difficult period for him, and we thank him for that.

"We wish him all the best for the future, and he will always be welcome back at Hibernian FC."

Hibs have been busy in the January window, adding Ewan Henderson, Elias Melkersen, Rocky Bushiri and Harry Clarke to their squad, along with Chris Mueller, who agreed a pre-contract last summer.

What have Hibs lost?

When Shaun Maloney told Sky Sports last week Boyle had been one of the best players in the Scottish Premiership this season, it was difficult to argue.

The forward had attracted interest from several clubs following his impressive performances over the past 12 months or so. 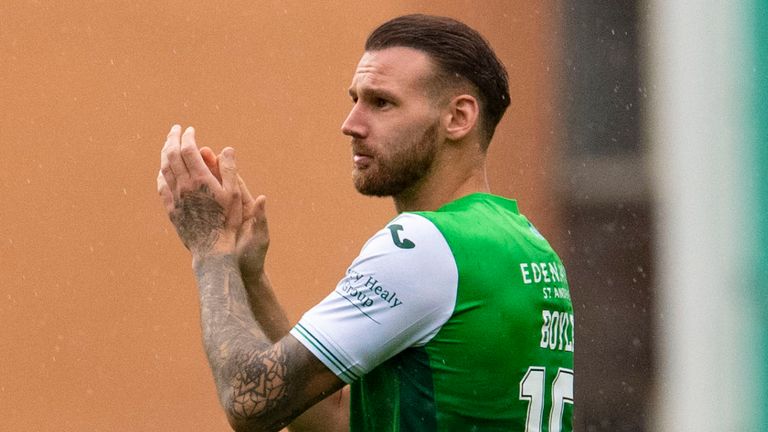 Why? Well, Boyle brings goals and his electric pace causes defenders problems. His departure will be felt not just by the fans but also by his team-mates.

Kevin Nisbet and Christian Doidge have thrived off his service and that ability to create chances.

Not only that, the 28-year-old is versatile. He played out wide or through the middle and was like no other player in the Hibs squad.

From being Hibernian's go-to impact player a couple of years ago, this season he was regarded as their talisman.

Maloney said the club would "adapt" if Boyle left. It remains to be seen how the Easter Road side will do just that.

Fans will be disappointed to see him leave but nobody can question his service. Boyle leaves after 265 appearances and 63 goals during seven-and-a-half years at Hibernian.