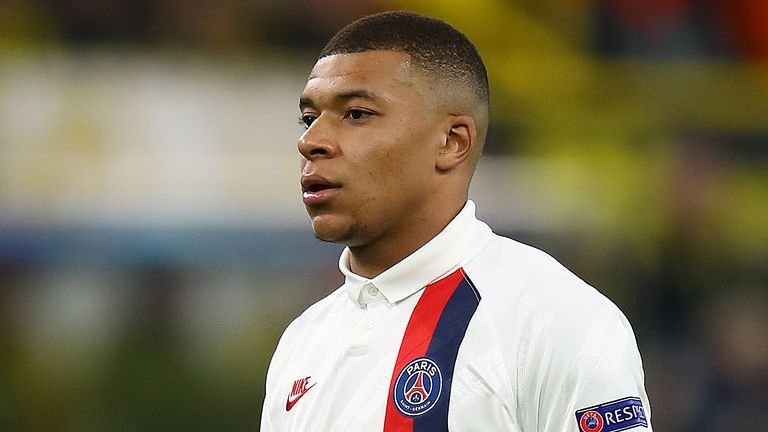 The test was added as a precautionary measure after he reported suffering a sore throat and a temperature. French media outlets, including L'Equipe, reported that Mbappe was tested for the virus after he missed training for two days.

PSG have not commented.

Mbappe, who has scored 30 goals in 32 appearances in all competitions this term, will be assessed ahead of the visit of Dortmund on Wednesday, Thomas Tuchel said.

"Kylian is sick. He was sick yesterday and he is sick today... and we are trying to maybe have a light practice [with him] this evening. But he did not practice with us the last two days," Tuchel said.

Two Erling Haaland goals either side of Neymar's 75th-minute strike at Signal Iduna Park on February 18 leaves the score at 2-1 to Dortmund going into the second leg.

Dortmund have won their last three matches since the first leg three weeks ago, and Tuchel revealed his side will look to play offensively at the Parc des Princes, as the current Ligue 1 leaders look to claw their way back into the tie.

"One-nil is enough, but I have the feeling we are not a team that can give exactly a one-nil. We are a team that offensively likes to attack and we're going to attack," he added.

Paris police made the decision on Monday for the game to be played behind closed doors amid coronavirus fears, with over 1,600 cases of the condition and 30 deaths having been confirmed in France.

PSG's previous match away at Racing Strasbourg in the French top flight due to be played last Saturday was postponed because of the outbreak, and all Ligue 1 and Ligue 2 fixtures until April 15 will take place without supporters.