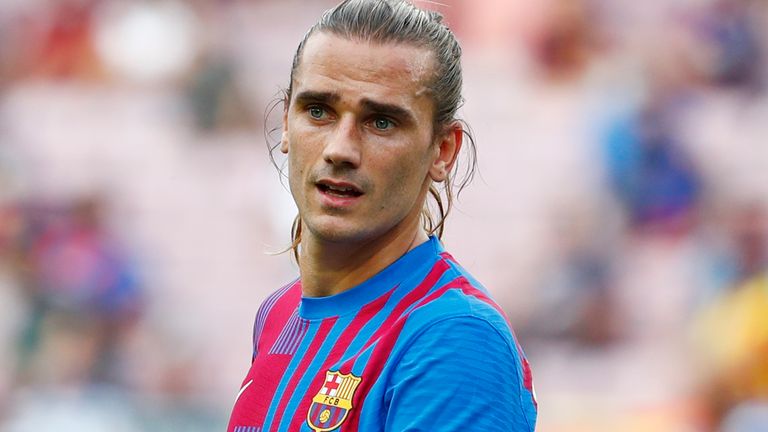 Yet another big name looks set to be on the move during this window - with Atletico Madrid closing in on a deal to re-sign Antoine Griezmann from Barcelona on loan, with an obligation to buy.

Antoine Griezmann is set for a shock Deadline Day return to Atletico Madrid after they agreed a deal with Barcelona to re-sign the France forward.

According to Sky in Italy, the two La Liga rivals reached an agreement on Tuesday night for the 2018 World Cup winner to move back to the Wanda Metropolitano on a season-long loan with an obligation to buy for £34.4m (€40m) next year.

Atleti were able to move for the 30-year-old after sanctioning Saul Niguez's potential departure to Chelsea on an initial loan with option to buy worth £33.5m (€39m) overall.

Diego Simeone is keen on a new striker and the Frenchman would have no difficulty in settling in since he has already worked under the Argentine between 2014 and 2019.

Both clubs only have a few hours left to complete their business as the Spain window closes at 11pm UK time.

Barcelona are already looking for a potential replacement if the move were to happen, with Sevilla's Luuk de Jong on their radar.

The Catalan giants have been trying to lighten their wage bill this summer due to debts amounting to £1.15billion, as confirmed by club president Joan Laporta earlier in August.

The club's reported financial struggles meant they were unable to offer Lionel Messi a new contract, prompting his shock exit to Paris Saint-Germain on a free transfer.

On Tuesday, the club announced stalwarts Sergio Busquets and Jordi Alba have accepted to take a pay cut in order to aid the club's Financial Fair Play parameters and ensure new signing Sergio Aguero could be formally registered with the Spanish Football League (LFP).

Earlier in the summer, Gerard Pique took a similar decision to allow Memphis Depay and Eric Garcia to be ratified as Barcelona players.

Griezmann originally left Atletico for Barcelona in 2019 at the end of a protracted transfer saga after his £103m (€120m) release clause was paid in full.

A year earlier, he featured in a documentary with Spanish TV station Movistar called "The Decision" which followed him as he opted to stay at Atletico despite interest from Barcelona.