Bundesliga return: 'Eyes of the world' will be watching, says Schalke head of sport Jochen Schneider

Follow Borussia Dortmund vs Schalke live on skysports.com and on the Sky Sports app from 1.30pm on Saturday 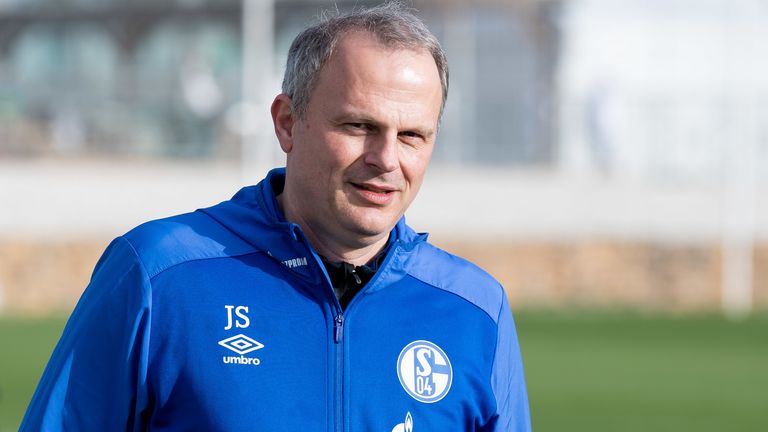 The "eyes of the world" will be watching the Bundesliga this weekend as it prepares to become the first major European league to return to action amid the coronavirus pandemic, says Schalke head of sport Jochen Schneider.

Football in Germany has been suspended since March due to the crisis but with lockdown measures eased, the authorities have given the green light for the campaign to continue behind closed doors on Saturday.

Despite two of Germany's neighbours - the Netherlands and France - ending their seasons already, nine Bundesliga matches are scheduled to take place over the next three days and Schneider believes the world will be watching. 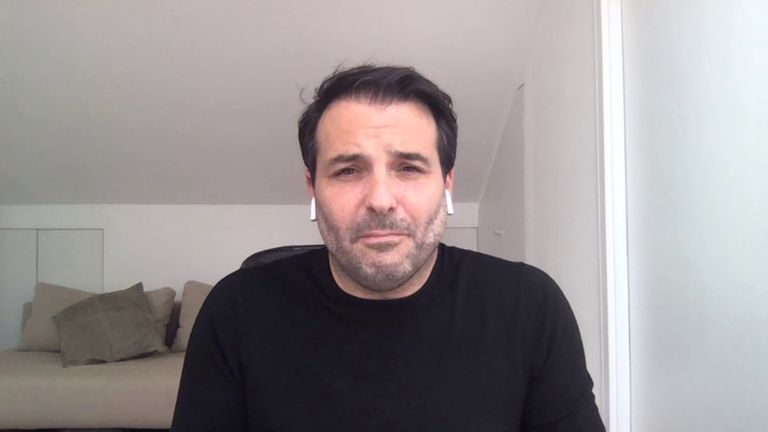 "All the eyes of the world will be on the Bundesliga at this moment in time," Schneider told Sky Sports News.

"We got calls and emails from big clubs in Spain and England and I know they are really hoping that we will manage the situation so that other leagues can restart as well.

"We know how important it is that we start now and that will be able to finish the season as well."

Flick: Bundesliga can set an example

Bayern Munich boss Hansi Flick also admits the spotlight is on the Bundesliga and is well aware how the league can set an example.

He said: "The whole world is watching Germany to see how we do it. It can act as an example for all leagues. Then sport in general might be able to get going again.

"At the moment, it's important to implement things exactly as required. We have a big role model function.

"We can be happy to be able to play again. Lots of things have been done right in Germany. We've gained the confidence of the government thanks to the DFL concept."

Champions and current league leaders Bayern travel to Union Berlin for a 5pm start on Sunday, while the keenly-contested Revierderby between Borussia Dortmund and Schalke kicks off at 2.30pm on Saturday.

All matches will be contested without supporters and although necessary, Schneider admits it is a difficult situation to come to terms with. 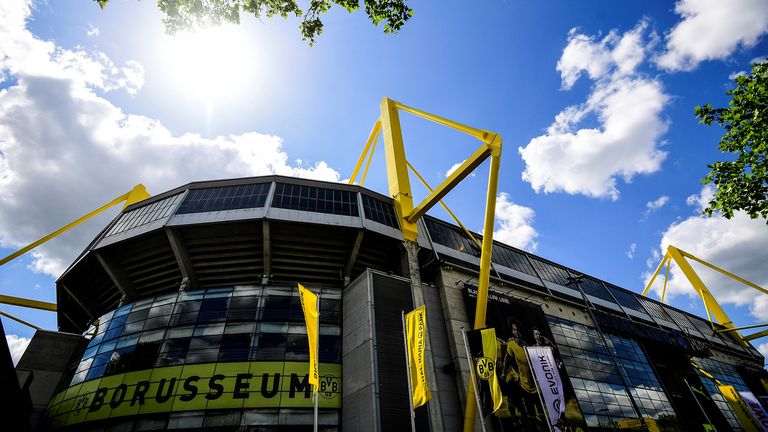 "It really, really hurts because the fans create this special atmosphere and these games like Liverpool-Everton, Celtic-Rangers, these are the biggest games you have in a season," Schneider said.

"Dortmund-Schalke is the biggest game here in Germany and without fans it's a nightmare, but we know for now it's the best case."

The Bundesliga is implementing new measures to ensure the safety of players and to minimise the risk of anyone involved returning a positive test during the return to action.

"They get tested two or three times, most tests have been negative. I think when they first started testing they tested over 1,700 people and 10 people who tested positive went into quarantine and the rest carried on training.

"The players seem to trust the people in charge and this is why I haven't heard of a case where a player has said he doesn't want to play because he feels it's unsafe."

Deciding to delve into the Bundesliga story this weekend? Lewis Jones is here to get you up to speed with help from our colleagues at Sky in Germany

Which Bundesliga team should you support?

Do you know your Fahrstuhlmannschafts from your Stadtrivalen? Well if you are a Premier League fan at a loss for who to support when the Bundesliga comes back this weekend, we have got the perfect guide for who you should support. All you have got to do is buy the shirt and learn the chants!

The Premier League will not be back until at least June following government announcements this week, so if you are looking for a Bundesliga side to relate to and follow, here is our guide to what could be the start of a beautiful relationship.