Jurgen Klopp to leave Borussia Dortmund at end of season

Jurgen Klopp has confirmed he will leave Borussia Dortmund at the end of the season.

The 47-year-old, whose contract was due to expire in 2018, won two league titles, the German Cup and guided the side to the Champions League final in 2013, during his seven years in charge. 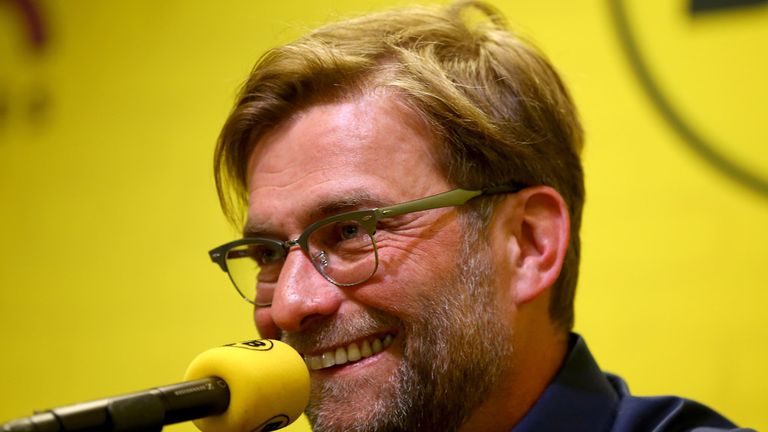 I always said in that moment where I believe I am not the perfect coach anymore for this extraordinary club, I will say so.

And despite Dortmund lying 10th in the Bundesliga this season, Klopp has been heavily linked with a move to the Premier League.

“I always said in that moment where I believe I am not the perfect coach anymore for this extraordinary club, I will say so," Klopp told a press conference.

"I believe this is the right decision at the right time. I just wanted to make my decision known now so that the club can plan for the future.

“I have not had any contact with any other clubs, either in England or elsewhere, nor have I any plans to take a sabbatical.

"But with a manager job, it could be that I might have to.

“If that means half a year, or one year, I don't know. I haven't structured anything, nothing is calculated, I haven't planned anything.

"I chose this time to announce it, because in the last few years, some player decisions were made late and there was no time to react."

Dortmund sporting director Michael Zorc said: "We have written football history with you, Jurgen. You have given the club much energy and optimism.

“I think all BVB employees, especially of course our team, should give you the goodbye that you have earned."

Club officials said they would not discuss any possible successors out of respect for Klopp, however, reports in Germany say Thomas Tuchel, who, like Klopp worked at Mainz, is favourite for to take over in the summer.

How would Klopp fair in the Premier League?