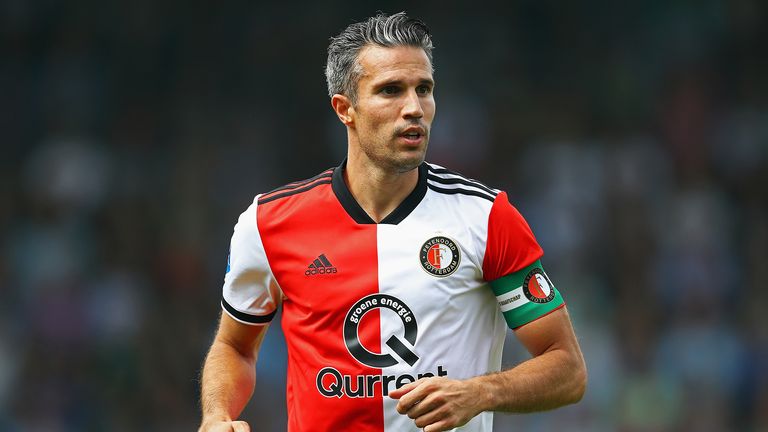 Robin van Persie scored a hat-trick as Feyenoord won 4-0 at home against FC Emmen in the Eredivisie on Sunday.

The veteran striker took his tally for the season to 14 goals - six in his last six appearances - to help third-placed Feyenoord to a first victory in three matches.

Steven Berghuis was also on target to complete a comfortable victory.

AZ Alkmaar stay fourth but had to work for their 4-2 win against Fortuna Sittard, who led at half-time through strikes from Lazaros Lamprou and Andrija Novakovich either side of Teun Koopmeiners' opener from the penalty spot.

Guus Til and Oussama Idrissi struck in the second half, while Koopmeiners got his second goal of the game as AZ won for the fifth straight match at home.

It was also 4-2 at the Abe Lenstra Stadion where Heerenveen defeated Willem II.

A Michel Vlap effort and two goals from Sam Lammers, including one from the penalty spot, had the hosts in charge at the break.

Danny Post put the visitors in front before Mahi's double, the second coming from the penalty spot, turned the game on its head before half-time.

Despite having Moreno Rutten sent off before the break, Venlo equalised at the start of the second half through Peniel Mlapa but Iliass Bel Hassani edged the hosts back ahead.

Groningen also finished the match with 10 men after Ritsu Doan was shown a red card late on.