Manchester City's second-leg clash with Real Madrid in the last 16 of the Champions League will be exempt from the re-imposed 14-day quarantine rule on travellers from Spain, the UK government has confirmed.

The Department for Digital, Culture, Media and Sport (DCMS) has told Sky Sports News that the current guidelines remain in place for enabling selected elite international sporting events to take place this summer.

They stipulate that "exempted individuals will live and work in controlled "bubbled" environments behind closed doors," and that this applies to "sports stars, event officials, coaches, medics, mechanics and incoming members of the media."

City's re-arranged last-16 match with Real Madrid is set to go-ahead on August 7 at the Etihad Stadium.

Pep Guardiola's side are 2-1 up in the tie thanks to second-half goals from Gabriel Jesus and Kevin De Bruyne in the first leg at the Bernabeu on February 26.

Uefa has told Sky Sports News that their current guidelines on fixtures being played at original home venues for the last-16 of the competition still apply, and that "travelling is possible without restrictions for the visiting clubs."

The UEFA Executive Committee has also stated that all last-16 Europa League ties will be played at their original home grounds.

However, their conditions for completing the Champions League and Europa League campaigns, released on July 9, also states that the venues could still be changed if it is necessary to do so.

"UEFA will continue to monitor the situation and reserves the right to reassign any such matches to the venues of the final tournament of the relevant competition should new events occur that would make it impossible to play one or more matches at the original venues," an official statement read.

UEFA is also expected to publish its medical protocols in the coming week for remaining European games this season.

As per an announcement from the Department for Transport on Saturday evening, the Government has added Spain to it's list of 'at-risk' countries, and travellers from Spain, the Canary Islands and Balearic Islands, and Britons returning from visits there will now have to self-isolate for two weeks once they reach the UK.

Spanish authorities have warned that the country could be experiencing a 'second wave' of coronavirus, and on Friday, 922 infections were recorded there, officials are tracking more than 280 active outbreaks across the nation.

Latest figures show there have been a total of 28,432 deaths recorded in Spain as a result of COVID-19. 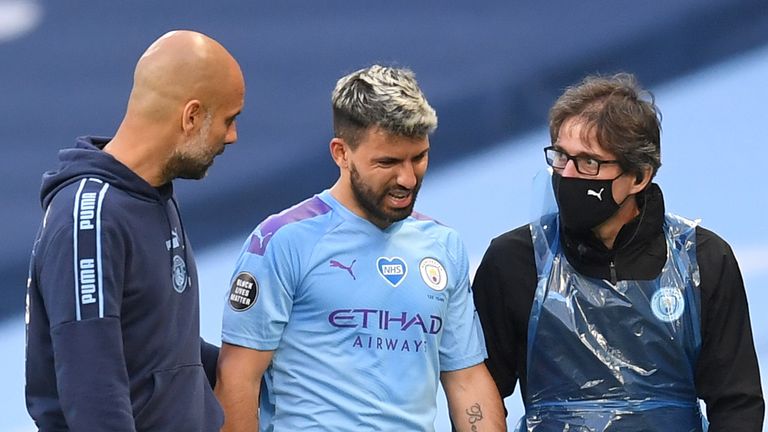 Prior to the UK lockdown, the Liverpool versus Atletico Madrid fixture in the Champions League on March 11 drew staunch criticism after it was allowed to take place despite warnings concerning the potential spread of coronavirus, as 3,000 fans were permitted to travel from the Spanish capital to Anfield for the fixture.

Juventus vs Lyon (August 7), Barcelona vs Napoli (August 8) and Bayern Munich vs Chelsea (August 8) are the other last 16 ties still to take place in the Champions League.

Chelsea trail Bayern following a 3-0 defeat at Stamford Bridge in February in their first leg.

Atalanta vs Paris Saint-Germain (August 12) and RB Leipzig vs Atletico Madrid (August 13) are the quarter-final ties confirmed so far.

Starting on August 12, the Champions League quarter-finals will be played on four straight nights in single-leg knockout games at the home stadiums of Benfica and Sporting Lisbon.

The semi-finals are on August 18 and 19, and Benfica's Stadium of Light hosts the final on August 23.

Meanwhile, UEFA president Aleksander Ceferin has held talks with Manchester City chairman Khaldoon Al Mubarak after the club's two-year ban in Europe was overturned by the Court of Arbitration for Sport (CAS).