Hakim Ziyech and Emerson Palmieri struck as Chelsea overcame 10-man Atletico Madrid 2-0 in Wednesday's last-16 second-leg clash at Stamford Bridge; Thomas Tuchel: "I'm pretty sure no one wants to play against us." 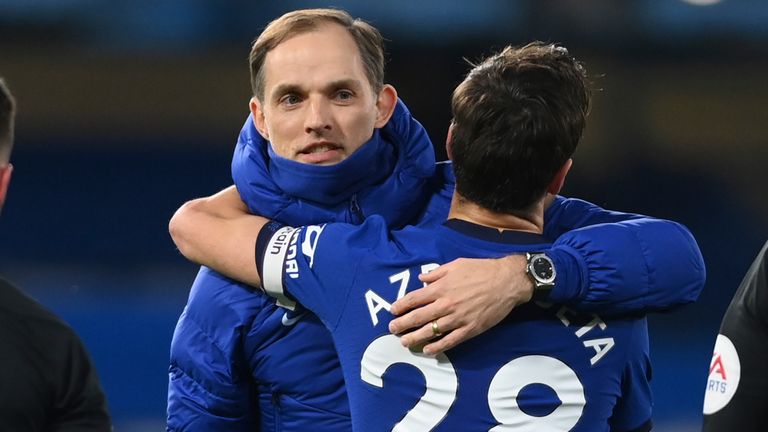 Thomas Tuchel says nobody will want to play Chelsea in the next round of the Champions League after they beat Atletico Madrid 3-0 on aggregate.

The Blues dumped out LaLiga's leaders 3-0 on aggregate to reach their first Champions League quarter-final since 2014, with Tuchel extending his unbeaten start at Chelsea to 13 matches.

Eagerly awaiting Friday's last-eight draw, Tuchel insisted Chelsea must fear no one in the competition - and hailed his squad's bristling spirit as crucial to their continued European chances.

"It's most important you feel it and that no one has to convince you. You need to feel it.

"They play with a special bond and performances and results like this give you a certain edge and glue to achieve special things. You can only achieve this through results and experiences.

"I'm pretty sure no one wants to play against us. It's a super-difficult challenge ahead because we are already in the last eight.

"It's a big step, but no need to be afraid, we take what we get and prepare as best as possible."

Atletico had Stefan Savic sent off late on for elbowing Toni Rudiger off the ball, and the Madrid men were well beaten in the event.

Chelsea have registered 11 clean sheets in 13 matches without defeat since Tuchel took the helm from Frank Lampard.

N'Golo Kante conjured one of the seminal performances of a career that already boasts two Premier League titles and a World Cup win.

The low-key Frenchman dominated from first to last at the base of Chelsea's midfield, leaving Tuchel in awe of the 29-year-old dynamo.

"If you play with NG you always play with a minimum half a man more; this is unique," said Tuchel.

"It is a pleasure to be his coach, he is a big gift for me, a guy so, so humble, and who is such a big helper on the pitch.

"But don't underestimate his quality in passing, dribbling and escaping the pressure. Mateo Kovacic and him needed to step up today because we missed Jorginho.

"So they knew we would rely on them, and they delivered."

Disappointed Atletico coach Diego Simeone doffed his cap to Chelsea, then insisted his side will refocus on chasing the Spanish league title. 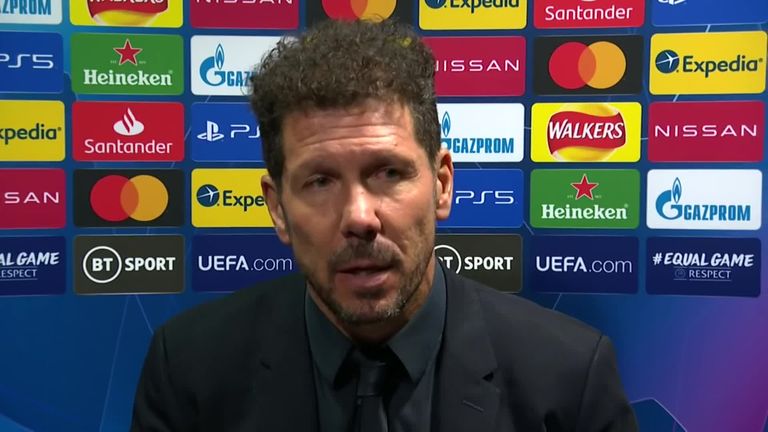 Atletico Madrid boss Diego Simeone admits his side didn't do enough to beat Chelsea in their Champions League last-16 tie.

"I think you have to congratulate your opponent when they are the better team," said Simeone.

"We are not afraid in the slightest of what comes next; we've always struggled this season in the Champions League.

"It's been a tough campaign for us, and of course we weren't the best team today, Chelsea were.

"We have to improve. We go again from Friday and push on with the same motivation and dedication and the same enthusiasm as we look to focus on the next game."

Chelsea host Sheffield United in the FA Cup quarter-finals on Sunday; kick-off is at 1.30pm. Meanwhile, Atletico Madrid are at home to Alaves in La Liga at 5.30pm.