Marquinhos had given Paris Saint-Germain a deserved first-half lead but defensive lapses allowed Kevin De Bruyne and Riyad Mahrez to grab a 2-1 win and vital away goals in their Champions League semi-final first leg, before Idrissa Gueye was sent off late on

Kevin De Bruyne and Riyad Mahrez were on target as Manchester City pulled off a brilliant second-half comeback to take control of their Champions League semi-final tie against Paris Saint-Germain with a 2-1 win in the first leg.

Mauricio Pochettino, who had dumped Pep Guardiola's Man City out at the quarter-final stage with Tottenham in 2019, looked on course to do the same again during the first half, when his PSG skipper Marquinhos headed the hosts into a deserved lead and Kylian Mbappe and Neymar caused all sorts of problems.

But City were much improved after the break and, after De Bruyne's cross crept in past Keylor Navas, Mahrez's free-kick flew through the PSG wall and into the net to make it two away goals for City against last season's finalists.

Defensive errors from PSG had helped City turn it around and former Everton midfielder Idrissa Gueye made life even harder for his team-mates when his reckless tackle on Ilkay Gundogan earned him a straight red card and a suspension from the second leg at the Etihad on Tuesday.

But it was all smiles for City who, in just their second-ever Champions League semi-final, are well placed at the halfway stage in their bid to claim the major title missing from their trophy cabinet, with English sides progressing on each of the 47 occasions they've won away from home in the knockout phase of this competition and the European Cup.

How City pulled off impressive win...

Pep Guardiola had commented in the build-up to the tie about how Mbappe and Neymar had given him sleepless nights during his preparation for his first Champions League semi-final with City and the pair almost combined to score inside two minutes when a sloppy pass from Rodri allowed the France star to tee up his Brazilian team-mate to shoot at Ederson.

Nervous of the Mbappe-Neymar threat, there was an edginess to City's play as they tried to assume control of the ball and it was PSG carving out the dangerous moments, with Neymar testing Ederson again on 12 minutes after Alessandro Florenzi's shot was blocked.

The City 'keeper had no chance on the quarter-hour mark, though, when PSG skipper Marquinhos timed his run off Gundogan perfectly to head into the far corner from Angel Di Maria's whipped corner.

The centre-back had also scored a key goal in the previous round against Bayern Munich, making it consecutive seasons in the Champions League when he's scored at the quarter-final and semi-final stage.

Set-pieces continued to prove problematic for the visitors, with Leandro Paredes heading narrowly off target from another corner before the Argentina international was alive at the other end to clear in front of Bernardo Silva in the six-yard box.

City's best moment of the opening 45 minutes came when the ball broke to Phil Foden just inside the box but he surprisingly fired wastefully straight at Navas - but they were far improved after the break.

While PSG continued to create dangerous moments, with Mbappe on the break fizzing a ball through the City six-yard box, which Kyle Walker had to tuck behind, City assumed control of possession and pressed for a leveller.

Searching for something special, De Bruyne attempted a spectacular overhead kick on the hour but instead it was a strange goal from the Belgian which did the trick.

De Bruyne clipped the ball into the penalty area on 64 minutes but rather than find a team-mate his angled cross went straight through the penalty area and crept in at the far post to leave Navas red-faced and City with a crucial away goal.

Seven minutes later, City were in front - with a helping hand from the PSG wall. Presnel Kimpembe and Paredes were guilty of turning their backs as Mahrez struck his free-kick from 25 yards out and the ball went through the pair of them, leaving Navas no time to get across and make the save.

City were then given another gift on 77 minutes, when Gueye lunged at Gundogan and was rightly shown a straight red for his tackle from behind which caught the midfielder painfully on the ankle.

With a man advantage, City retained their lead during an increasingly tetchy final few minutes and, while Foden, Mahrez, and De Bruyne almost made their win even more impressive, Guardiola will know his side have taken a big step towards the Champions League final.

Mahrez scored what could be the decisive second goal for Man City and, while his free-kick went in with the help of two PSG defenders jumping out of the way, it was reward for his perseverance and precision.

The tricky attacker drew four fouls from his markers and looked after the ball superbly for his team, misplacing just two of his 50 passes. He almost teed up Bernardo Silva early on and could have grabbed a second for himself in the final moments.

It was a performance that underlined why Guardiola repeatedly turns to him for the big games. 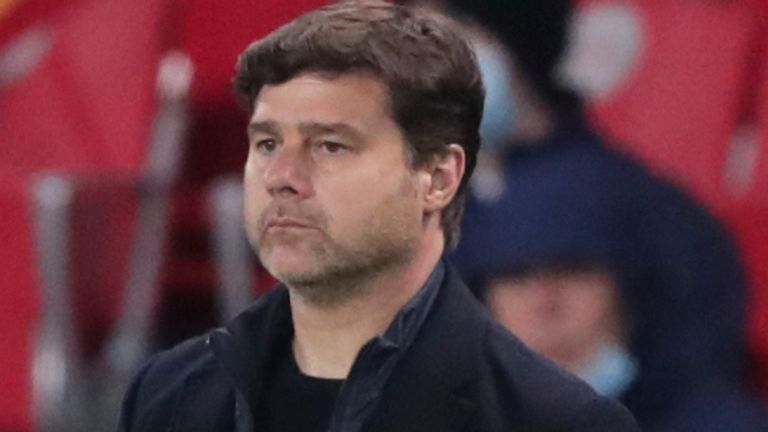 "We didn't show the energy you need when you recover the ball to keep possession and try to force them to go deep." 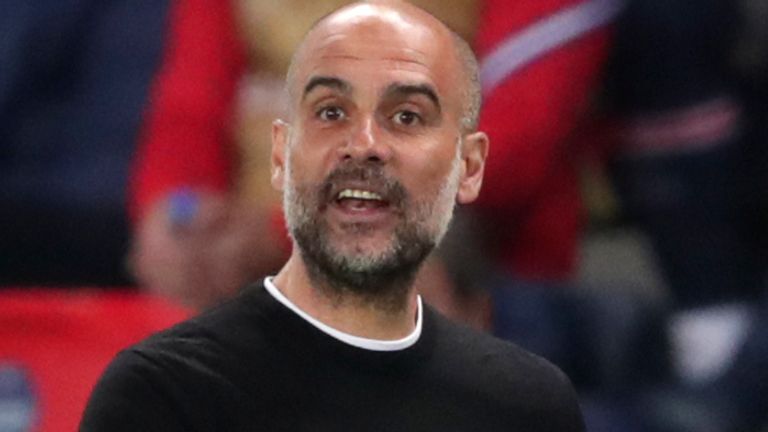 Man City boss, Pep Guardiola: "If we play shy and not who we are, then anything can happen as they have the quality to turn it around. But if we play with quality like we did in the second half maybe we'll have the chance to reach the final.

"You have to be aggressive against these big stars or you can't do it. When we're more aggressive doing a good intensity, we were different. We can be more aggressive and fluid. I was happy in the locker room after the players were just calm. Not cheering, just calm. Anything can happen in the second leg. Now we go to Crystal Palace to make an important step in the Premier League."

Man City will look to take a step closer to clinching the Premier League title when they go to Crystal Palace on Saturday for a 12.30pm kick-off with Crystal Palace. Their return leg with PSG is on Tuesday at 8pm.